EA and Activision Dominate Christmas Sales in the UK Since 1984; FIFA and Call of Duty Among Best-Selling Franchises 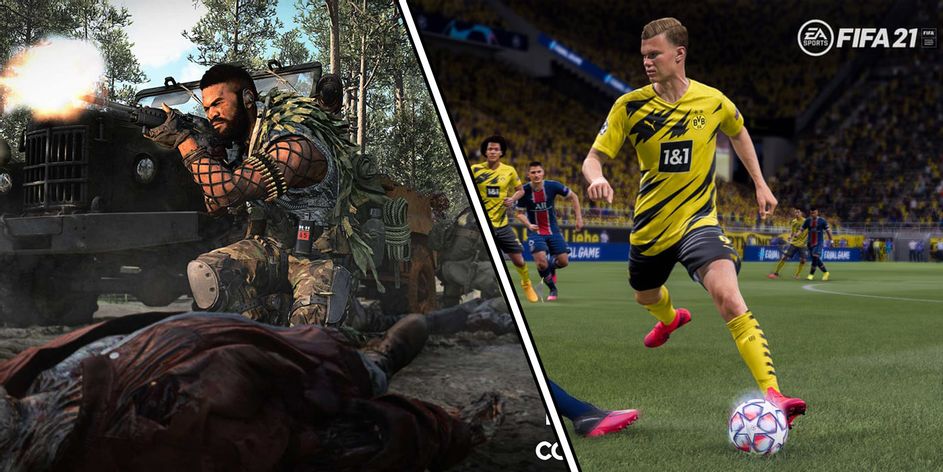 Publishers Electronic Arts (EA) and Activision have been dominating videogame Christmas sales in the UK since 1984.

This new data comes from market research firm GFK, as reported by Gamesindustry.biz. The new data shows that both publishers have been among the biggest Christmas publishers going back as far as 1984 with that year’s Ghostbusters from Activision being the best-selling game during Christmas. As expected, FIFA has been the best-selling franchise for EA ever since 1993, whereas Call of Duty has been the dominant franchise for Activision since the release of Modern Warfare 4 back in 2007. Of course, it should be noted that the first Call of Duty was released 10 years after the first FIFA installment.

The data shows that EA has had a total of thirteen number 1 games in the charts during Christmas since 1984, whereas Activision managed to score a total of ten number 1 spots. Interestingly, with nine number one spots, both the FIFA and Call of Duty franchises are on par when it comes to the Christmas number ones. While the Call of Duty franchise has been the dominant seller for Activision, EA could also rely on the Need for Speed and Medal for Honor franchises next to the ever-popular FIFA franchise. We can't help to wonder why EA's own shooting IP, the Battlefield franchise, isn't on this list.

Honorable mentions go to publisher Take-Two with having 2 franchises in the Christmas charts – GTA: Vice City and Red Dead Redemption 2 were the best-selling titles in 2002 and 2018 respectively.

"Other one-hit wonders in the Christmas top-sellers include Sega with 1992's Sonic The Hedgehog 2, Bethesda with Skyrim in 2011, and Ubisoft with Assassin's Creed Valhalla, which topped the chart in 2020", Gamesindustry.biz writes.

Unexpectedly, Nintendo has only once claimed the first spot in the Christmas sales charts since 1984 – only 1998’s Ocarina of Time for the Nintendo 64 managed to grab first place in the UK.

Quite an interesting list from GFK, although this data only includes physical sales in the UK. Down below we’ve included the full list, courtesy of GFK. 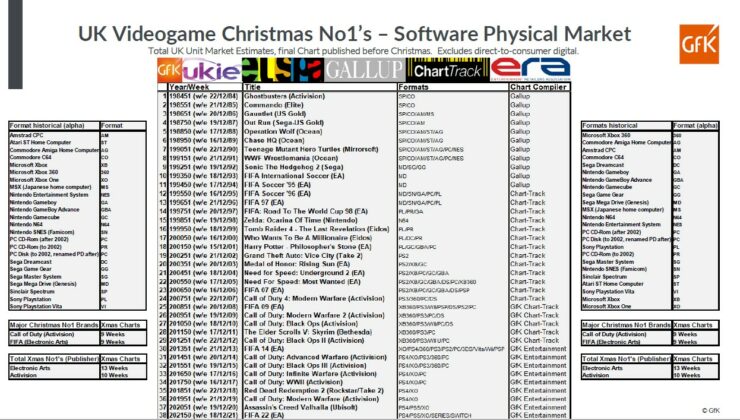