Ubisoft unveiled their brand new open world third-person shooter role-playing video game known as Tom Clancy’s The Division two years ago at E3 2013. With its beautiful, detailed in-game environments that utilize the power of new Snowdrop Engine, the game was met with positive response from the gaming world. Today Microsoft's E3 2015 press conference, Ubisoft revealed a gameplay footage of the game and announced that Xbox One players will be able to enjoy exclusive later this year in December. 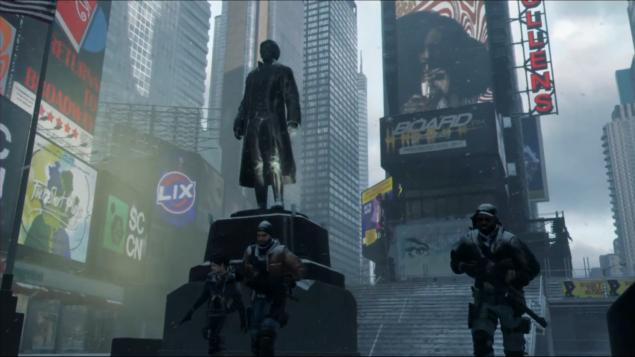 Ubisoft's Tom Clancy's The Division is not far from its release, and today at Microsoft's E3 2015 press conference, the developer has announced that the next-gen shooter will be coming first to Xbox One. Players will be able to jump into action this December with The Division's Xbox One exclusive beta. In addition, a gameplay trailer of the latest title was revealed, which you can check out below.

Unless you have been living under a rock, you would already know what Tom Clancy’s The Division is all about. This third-person tactical shooter action role-playing video game is said to be inspired by Operation Dark Winter and Directive 51, the real-world events which, when occurred, uncovered the fragility of human race. The story of the game begins with a disease that spreads across the United States entirely on Black Friday and causes the society to collapse within five days.

For protection of the remaining civilians, a strategic group is brought into existence and is given the duty to combat the threat brought about by the outbreak. The player is part of this group, which is called “Strategic Homeland Division (SHD)”, or “The Division.” The group works under the authority of the President of the United States and is tasked to do whatever it takes to “save what remains.” Tom Clancy’s The Division puts you against the AI and other players in a world that is similar to a massive multiplayer online environments. Packing the elements of a MMORPG, The Division utilizes the power of snowdrop Engine to mix provide extra immersive in-game world and environments. Ubisoft Massive is currently developing The Division with the Reflections and Red Storm studios.