E3 2015: Shroud of the Avatar is Looking Quite Spectacular So Far

Shroud of the Avatar is a very ambitious project, seeking to break through the previously created molds to achieve something truly unique within MMO's. Richard Garriott and Ultima veteran Starr Long were on hand to show off all the great new things he's trying to accomplish and what's been done so far.

There are a lot of different ideas that Richard Garriott wants to include in Shroud of the Avatar, many of which should help to improve upon traditional gameplay elements. Tried and true they may be (and likely his own innovations), but there's always room for improvement, especially if it means a more enjoyable and engaging game.

Just one of those is his novel take on combat. In a lot of cases (the Elder Scrolls being different, of course) it's more of a point and click affair, where your actions are translated from using your action bar. Abilities are assigned to cards and can be stacked to be more effective. Also, those cards can sometimes be combined together, dragging and dropping one into the other, for more powerful attacks. Because of their partnership with Razer, the Chroma keyboard also has a lighting profile that’ll light up which ability slots can be combined when their ready.

Player participation is one of the key components of Shroud of the Avatar, one of the absolute major parts of the experience that they’re seeking. Crafting in particular is essential to the game. In some MMO’s crafting can yield some very good items, rare and valuable items indeed, but the best gear and equipment is still controlled by the game developer. And even in other MMO’s, crafting really doesn’t have much of a purpose other than giving players something interesting to attempt, though the outcome is not necessary to the game. That’s not so in Shroud of the Avatar. All the equipment and weapons in the game are player generated through the crafting system. Anything that a player creates and then sells goes into a sort of equipment “bank” that is then used to provide all of the loot that’s dropped by enemies. If there isn’t something appropriate for your level, then raw materials are dropped that allow you to make something different and spectacular. The entire economy is player generated and player run. And in practice it works rather well.

Interestingly, titles can be added to weapons based on what you’ve done with it. In other words, if you go on to kill a tremendous amount of skeletons with one singular weapon, then that could potentially gain the title of a “Skeleton Smasher” or some such, and it stays with that particular weapon even in the greater economy, increasing its value.

Player generated content doesn’t just stop there either. Quests can be created either publically or for a specific group of friends. It’s not quite so complicated as of yet, but you can set waypoints for band of merry followers to follow, taking them all over New Brittania and through already created dungeons and areas. At the end of the quest a chest can be placed with all the rewards you wish to put in it.

In the future the team from Portalarium even want to include tools to allow for user generated dungeons. It’s possible now as well, just not as readily available to do. Richard Garriott and Starr Long logged in to show me what some of the players were working on, with a very intricate looking underground area replete with art created using in-game book models to make a neat looking pentagram.

Another aspect that Portalarium is looking for outside help on is with the music. Initially they received some great electronic music from an aspiring artist donated to them, it just wasn’t quite the right fit for the setting they're trying to capture. So instead the more dedicated backers have started curating and quality checking the music to ensure it fits the game properly. So far nothing has been rejected since the group formed.

The community has even created an in-game radio station complete with in-game model that can be placed in your own home. It’s completely in-game, with music (though not always period type music), talks about community events and all kinds of player-created content. The community wanted it, and they created the Unity model, so it was placed in the game and is quite the hit! 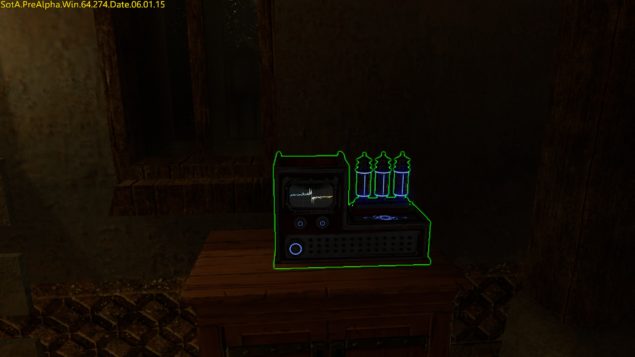 Now the constellation and astrology system is probably the most complete such system of any video game, ever. The implementation is is so imaginative and it has a real outcome on the player, that it’s a wonder that nothing like this has been done in an MMO before.

There are eight total planets, one slightly destroyed moon and a very developed background constellation system. The entire thing is not just part of a skybox either, the entire array moves and actually orbits around the player world. The moon itself affects quick travel around the map. The planets and constellations are associated with particular skills and alignments, so when they are high in the sky they positively affect those skills. The planets also align every two weeks in the real world, which also has an effect in game. Nothing quite on this scale has ever been attempted before, but the idea seems sound and is a great way to bring novel ideas into an MMO. Leave it up to Richard Garriott to shake things up with an idea like this. 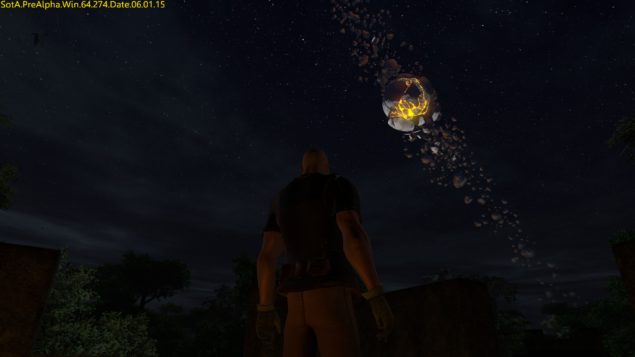 The back-end server infrastructure is also a bit different than traditional. Everyone who installs the game is a server, and player information is shared via a peer-to-peer system with a backend that syncs the equipment bank and other information. This is so that if your Internet connection were to happen to go out, you can still play single player without interruption, and the world will update with the rest of the community once it’s re-established. If you’re feeling particularly unsocial one day, you can just play single player but have all the equipment and events synced up but not have to worry about seeing anyone. You can concentrate on that quest you’ve been meaning to complete. In the future you’ll even be able to play solely with those that you choose, in that you can choose who you can see in the game world based on your friends list. How this will work in real time with a large population is unknown, but there might be somewhat of a delay based on connection speed of everyone that could play to the advantage of some in PvP.

So far Shroud of the Avatar enjoys a healthy and very dedicated community with around 10,000 or so people logging in on a daily basis. The most important thing about Shroud of the Avatar is how fun it is even in a pre-alpha stage. There’s a tremendous amount of community involvement and a lot to do. Lord British himself makes time to visit the community and interact with as many as he can. This is perhaps what Ultima IX Ascension was supposed to be, and the true successor to Ultima Online.

I encourage anyone who’s interested in MMO’s in general and Ultima in particular to give this a try, or at least check out all the material and videos out there about it. As an MMO it has a tremendous amount of potential and is already surpassing my own expectations. It’s pre-alpha, so it’s not even close to being in even a semi-complete status, but if this is where it's at now then it's possibly going to be one of the most engaging, entertaining and fun to play MMO's out there. There’s a lot to be added and a lot yet to come.

Early Access is available on Steam right now for $44.99, and it has a mostly positive reception even in pre-alpha.