Last night, Sony’s E3 2015 press conference kicked off with a bang. Re-announcing the long (long, long) awaited adventure game that has been in development since 2007, and was originally announced at E3 2009 exclusively for PlayStation 3, Sony revealed The Last Guardian running on PlayStation 4 console. The gameplay footage showcased the ruins of a temple-like locale in the mountains with main character of the game making his way through the level with the help of his "pet" griffin. Sony has now shared some beautiful 1080p screenshots along with the box art of the game. 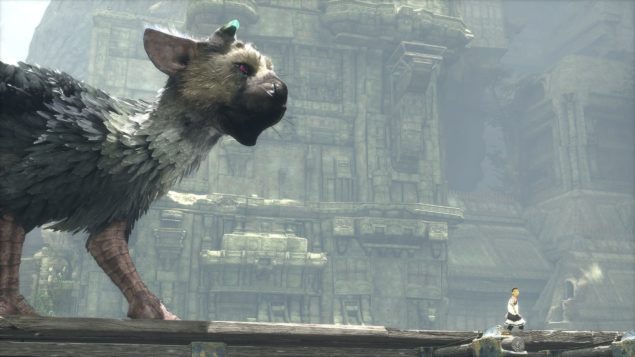 At its E3 2015 press conference, Sony confirmed that The Last Guardian is still alive, and after going through a troubled development cycle, tons of delays and supposed cancellations, the game is finally being properly put together by SCE Japan Studio exclusively for PlayStation 4. The first PlayStation 4 gameplay footage that Sony revealed yesterday showcased the familiar young boy that we have seen in previous trailers, who, using the powers of his large pet-like creature named Trico, solved environmental puzzles and made his way through hazardous obstructions to get to the finish line.

The Last Guardian is a spiritual successor to Ico and Shadow of the Colossus, and like Team Ico’s previous games, it is basically centered on a core partnership. The developer of the game describes it as: "In a strange and mystical land, a young boy discovers a mysterious creature with which he forms a deep, unbreakable bond. The unlikely pair must rely on each other to journey through towering, treacherous ruins filled with unknown dangers." The game details revealed by the developer have been shared below.

After the conference, Sony Computer Entertainment released a brand new batch of screenshots for The Last Guardian, alongside the box art of the game, as part of the official press kit. You can check these screenshots out below. The game is currently being developed “under completely new conditions” and is slated to launch in 2016.