If you happen to live in North America then the anticipated 'Hard Mode' patch for Techland's Zombie Survival game, Dying Light is now out. The patch itself brings a new difficulty setting as the name implies, as well as a couple of new weapons and a new tier of rarity for the weapons. And with the new patch a new piece of DLC is also released, titled The Ultimate Survivor Bundle. Both of these will be out tomorrow for Europe. 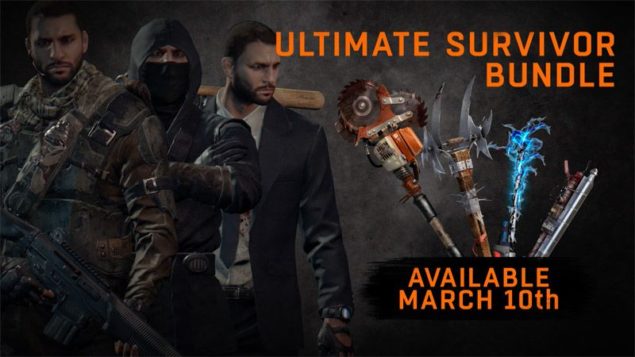 Dying Light's hard mode patch adds quite a bit more than just what the name implies, first of all it makes the game harder (you don't say?), the nights are longer, you do not see the 'Volatile' zombies on the minimap and now healing and stamina regenerates at a much slower rate. Around 50 new weapons have been added to the game, such as the Bone Splitter and Rune Hammer (the Rune Hammer looks sweet) as well as extra outfits. Techland mentions in the released Dying Light - 'Hard Mode' Patch Showcase video that they have also made several gameplay and performance tweaks, you can view the video below.

The Ultimate Survivor Bundle DLC which also got released today includes a couple of new outfits and new weapons. The player can dress up as a Ninja, Urban Explorer, and Special Agent with the new outfits, and play around with 4 new weapons : The Constable, The Night Club, Lacerator, and Buzz Killer. The DLC is included in the Season Pass or it can be bought separately for 4.99$.

Beyond the new patch and the new DLC, Techland released another video that hinted on upcoming content, the previously hinted at Stadium/Arena (think thunder-dome from Mad Max, but with Zombies), the player wielding a Bow, and last but not least drivable dune-buggies that you can run over zombies with.

And here we have the patch notes for the 'Hard Mode' Patch: