Dropbox unveiled some new features earlier today. It introduced a new scanner for the iOS app which has the ability to memorize and identify printed texts. This new feature of the mobile app by Dropbox will allow you to take a photo of any document which has got text on it and the software in the app will convert the photo into a file automatically in your account.

This is done by using optical character recognition software facility which later also allows the user to search for words within the documents to resurface the image whenever you want. However, this is only for iOS users right now; the company didn’t provide any certain time for the feature to be available for Android users. Basically Dropbox is up for creating an image in the market that it is a platform to create files and not as a means of storing them only.

Dropbox wants to be more than just a storage facility

Mainly because Dropbox is in constant need to provide the users a reason to fill their folders all the time with bulky files and hence pay for the extra storage. For the purpose of business marketing, the company really needs to show the users the ultimate benefits of paying so much for the storage service when the rival companies like Google etc. are giving it to all for free. Just to consider one of the examples, the document scanner launched earlier today by Dropbox allows you to search for text that is there in your earlier scanned documents only if you are a Dropbox business customer. 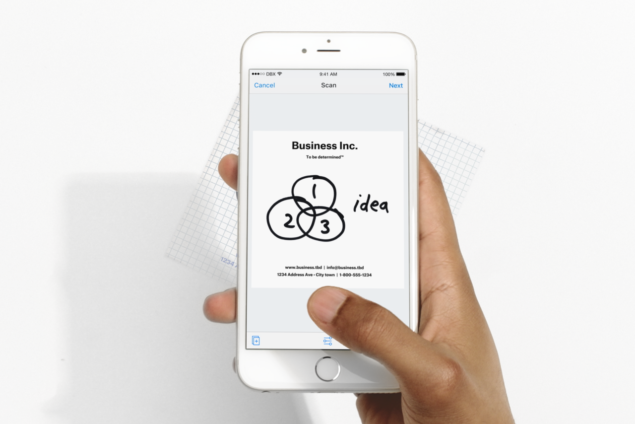 Adding to the document scanner feature update, Dropbox is also adding a plus button at the lower end of the iOS app for now in order to assist the users to create Microsoft Word, PowerPoint, and Excel files. These files can be created and saved in your account directly from your Dropbox now.

The new features are not only for the iOS users but the company also made some for the desktop users including the option to change sharing settings right from the desktop folders. Meaning thereby that you don’t need to go through the hassle of opening the Dropbox on the web in order to share files with anyone whenever you have to. Also, a single file can now be shared with single users and comments can also be added to where and whichever part you’d like to. They're also adding a way to view the users who have seen the file you shared.