Dreamfall Chapters Looks Great After The Unity 5 Update, Though It Wasn’t Easy

Fans of adventure games are probably familiar with Dreamfall, the IP created by Funcom with The Longest Journey. Red Thread Games,  founded by series creator Ragnar Tørnquist, managed to get the license from Funcom and developed a sequel called Dreamfall Chapters, which raised over $1.5 million through a Kickstarter campaign. 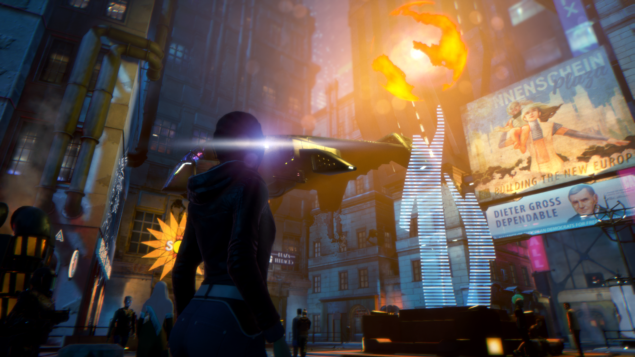 The first three episodes are already out on Steam, but one of the major complaints needed to be addressed: performance was almost unanimously criticized.

Moreover, the team had announced a PlayStation 4 port, but it was struggling it due to poor performance in Unity 4. As a result, they decided to move to Unity 5 and the results of the update (live now on Steam) are stunning, though Tørnquist explained in a long and detailed blog post that it was a gargantuan effort for the small studio.

We’d originally estimated the port to take a couple of months for a couple of developers, working part-time on the project — primarily environment artists, who’d have to go over all the lights in the game to re-bake shadow maps. We figured they could do this on the side while spending most of their time on the next episode. It wouldn’t cost much; it was a no-brainer.
The port ended up taking a team of 4–5 developers four months, spending at least half their time on the port, working overtime to compensate for the mounting delays. It ended up costing Red Thread at least $100,000 in production costs — and that doesn’t factor in the loss of income and added costs to Book Four.
All things considered, the final price tag is probably in excess of $150,000.
That’s a painful amount of money for a small — and cash-strapped — studio like ours.

There was an enormous amount of work involved in re-lighting, from the ground up, dozens of enormous locations — more work that we’d initially imagined, more work than anyone could possibly imagine. This was partly due to lacking, and overly optimistic, estimates on our part, and partly due to countless bugs in the new lighting system. In addition, with every lighting fix in the biggest scenes, we had to go through an eight-to-twelve hour baking process before we could see the final results. Rinse and repeat, over and over.

We had to rewrite all shaders and scripts to work with the new engine. And we had to deal with a large number of often crippling bugs, some of which persist to this day, requiring desperate workarounds.

Upgrading from one patch or point release to another would fix one serious issue — say, memory leaks — while introducing a completely different issue — such as broken real-time lights. Every new version of the engine would see improvements in one area, and break the game in two, three, ten other areas.

On some days, it was hard to get out of bed and find the will to keep moving forward.

You can check out how good Dreamfall Chapters looks now, being powered by Unity 5's Enlighten global illumination solution.

More importantly, the game's performance (a thorn in Red Thread's side so far) has reportedly improved by a factor of 50-200%, while allowing the developers to double the distance at which shadows are rendered.

Book Four: Revelations should release shortly and it's been made completely in Unity 5; the team also intends to go back and tweak more assets of the previous episodes while developing Book Five, after which there will be the full release first on PC and then on PlayStation 4.