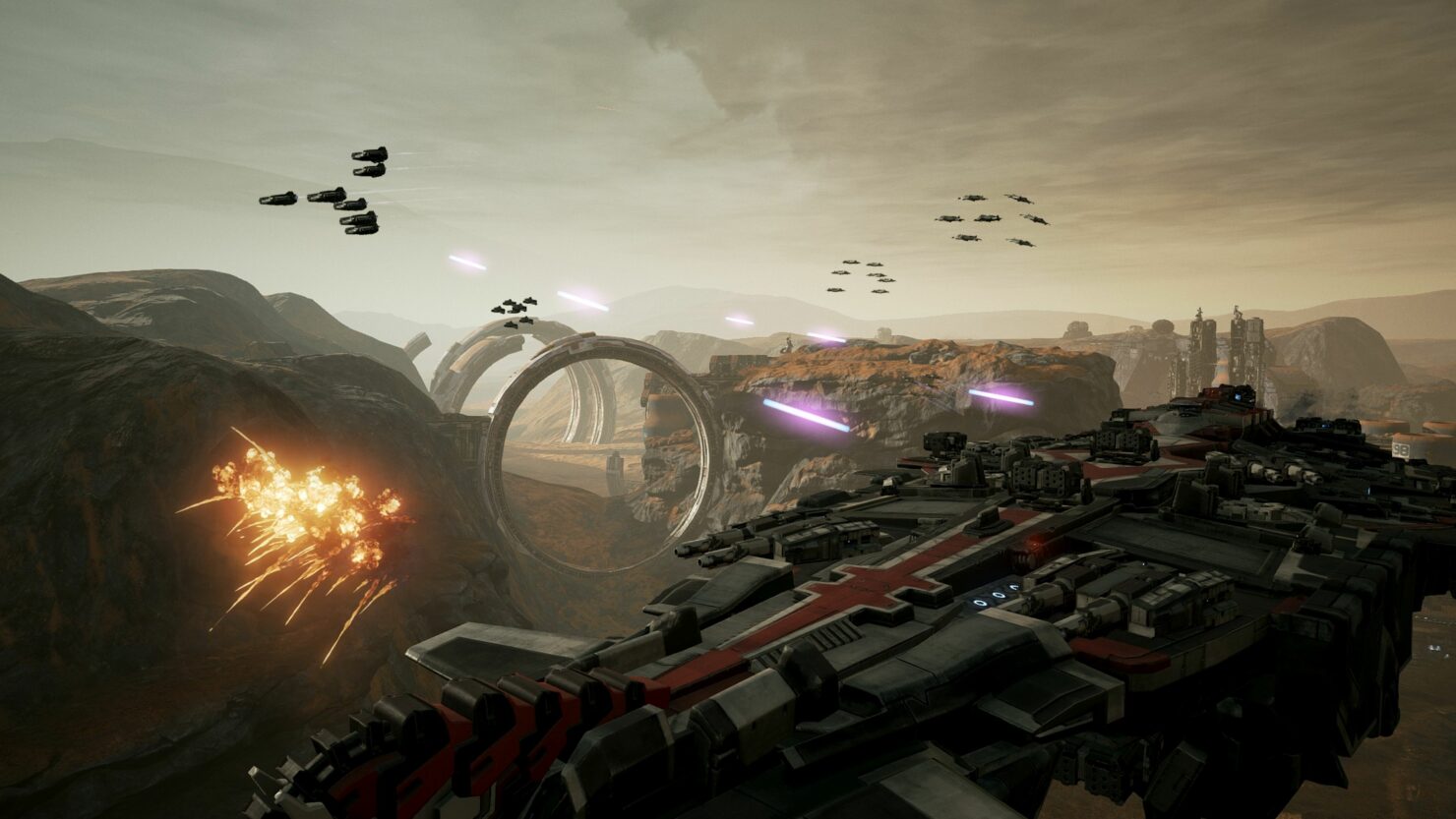 Dreadnought is a game I didn't know a great deal about a week ago. Featuring a slower-paced and tactical combat system compared to contemporary multiplayer team-based games, Dreadnought places you in control of a capital-class ship and tasks you with beating your enemies and simply doing the best you can as a team of five.

That was the case anyway.  Developers Yager Development and Six Foot have announced a brand-new game mode that expands on the action, placing it on a much larger scale, while also letting you focus on something that's as simple as you need it to be: destroying the enemy. This is Onslaught, Dreadnought made bigger, badder and better.

Expanding the battles from the old 5v5 system, that featured either team deathmatch or team elimination modes, you now fight in eight-ship teams that also feature brand-new AI controlled smaller ships, ones which your capital ship simply towers over, that will attack you and you can also shoot down.

The aim with this new mode is to make it more accessible for people simply wanting to jump-in and enjoy themselves. With the increase of ships and players, there's less focus placed on every member of the team being a communicative and key team-player that is fully experienced in the game. It means that new people will get the chance to learn how to play the game, older players will get to experiment with new loadouts, new ships or simply attempt to play a brand new class.

This is the gameplay of Dreadnought, doesn't it look fun? Well, it is! This ship I prefer is the type you can see at 00:48, the huge, bulky, heavy class ship. It takes a lot of hammer, it can hold its own but it's about as maneuverable as a bath on wheels. I love it, but that's because it's my Galactica.

Dreadnought is currently in closed beta, currently featuring the 5v5 team deathmatch and elimination modes. Onslaught is currently in testing in the studio, with hopes to roll it out in the private beta as soon as possible. Not only that, but there are hopes to roll the game into open beta this year. If you like your giant space cruisers, this is certainly a free to play title worth keeping your eye on.