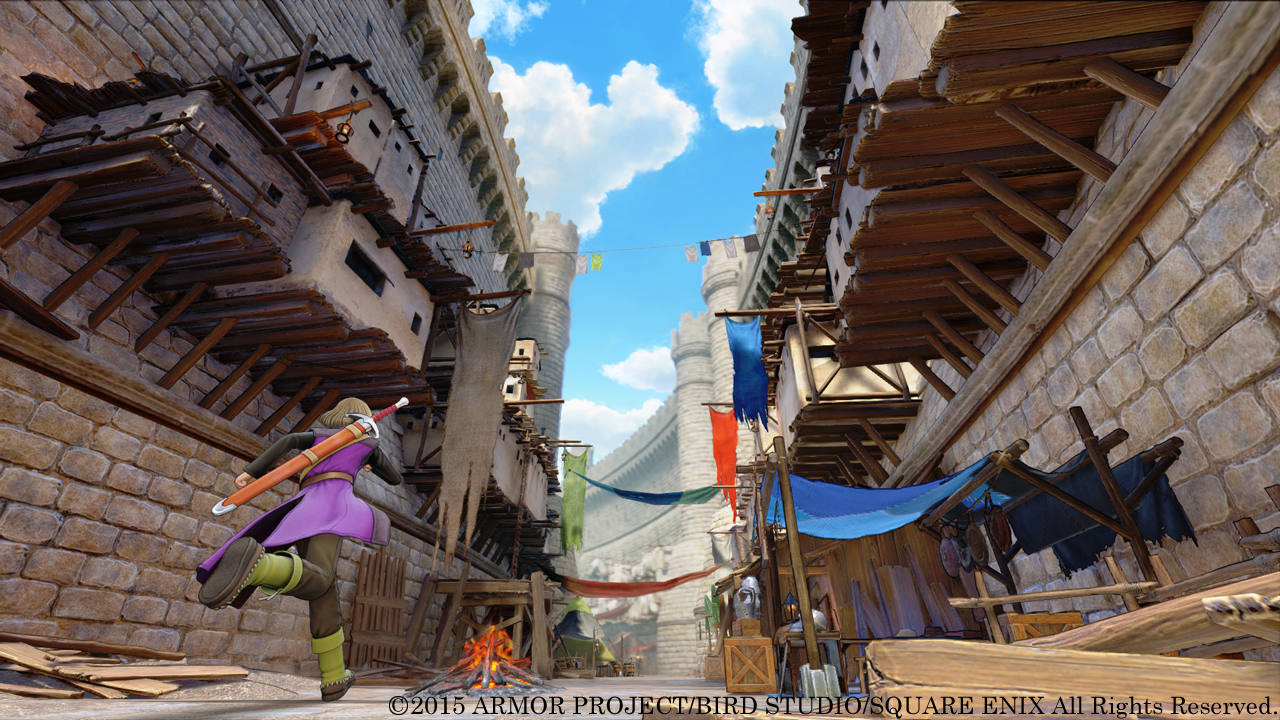 Last weekend, during a Jump Festa 2017 panel, Square Enix talked more about Dragon Quest XI, the new entry in the series launching next year in Japan on PlayStation 4 and 3DS, also showing some impressive new footage. A teaser website has also been launched, but it mysteriously didn't mention the Nintendo Switch release, which was confirmed back when the console was known by its codename Nintendo NX. A few hours ago, however, Nintendo confirmed once again that a Switch version is indeed in the works.

On its Official Japanese website, Nintendo confirmed that Dragon Quest XI is currently also in the works for the Switch. No detail has been revealed for this version of the game, so we don't know if it will be closer to the PlayStation 4 or 3DS version, which will be somewhat different.

Dragon Quest XI has been revealed a while back, and not much has been said about it before the recent Jump Festa panel. The PlayStation 4 and 3DS versions of the game will be somewhat different, as already mentioned, with the 3DS version using the console's screens in an interesting way by showing a top-down, 2D old-school inspired presentation on the touch screen, and a more modern one on the upper screen, making this version of the game perfect for those preferring the classic Dragon Quest look and feel.

Dragon Quest XI launches next year in Japan on PlayStation 4 and 3DS. We will keep you updated on the Western release as soon as possible, so stay tuned for all the latest news.