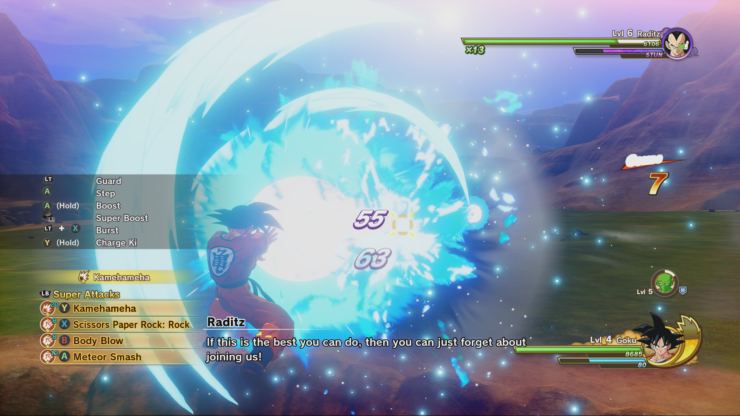 A new trailer is now available for Dragon Ball Z Kakarot, showcasing some of the game's mechanics and features.

The new trailer, which can be watched below, shows the very beginning of the game, highlighting mechanics for exploration and combat. New original stories with returning characters are also shown.

Last week, it's been confirmed that Adult Gohan and Vegito will be among the playable characters of the Majin Buu Saga part of the game. Kid Buu will also be in the game, as one of the bosses of the saga.

DBZ Kakarot is setting out to be the game to play for fans of the series, as it will allow them to play through the entirety of the saga. The game may not be breaking new ground, but it will be an enjoyable experience nonetheless.

Dragon Ball games have been a mixed bag for me in the past. I’ve absolutely loved some of the Budokai Tenkaichi titles, Burst Limit and even Attack of the Saiyans. I’m not so sure about the recent Xenoverse titles, with the combat being good but there just being something missing for me. Dragon Ball Z Kakarot looks to be making a game that is so very suited for me, a person who was a massive fan of the Animé and loves me a bit of Goku, Gohan and the rest of the fighters.