Recently I've been able to have an even longer hands-on with the game, exploring it from the start of the game for over three hours. In this I got to go through the Raditz battle, the training of Gohan and to explore a number of the features that the game will bring, from the open world to levelling up, the use of the community boards and more. 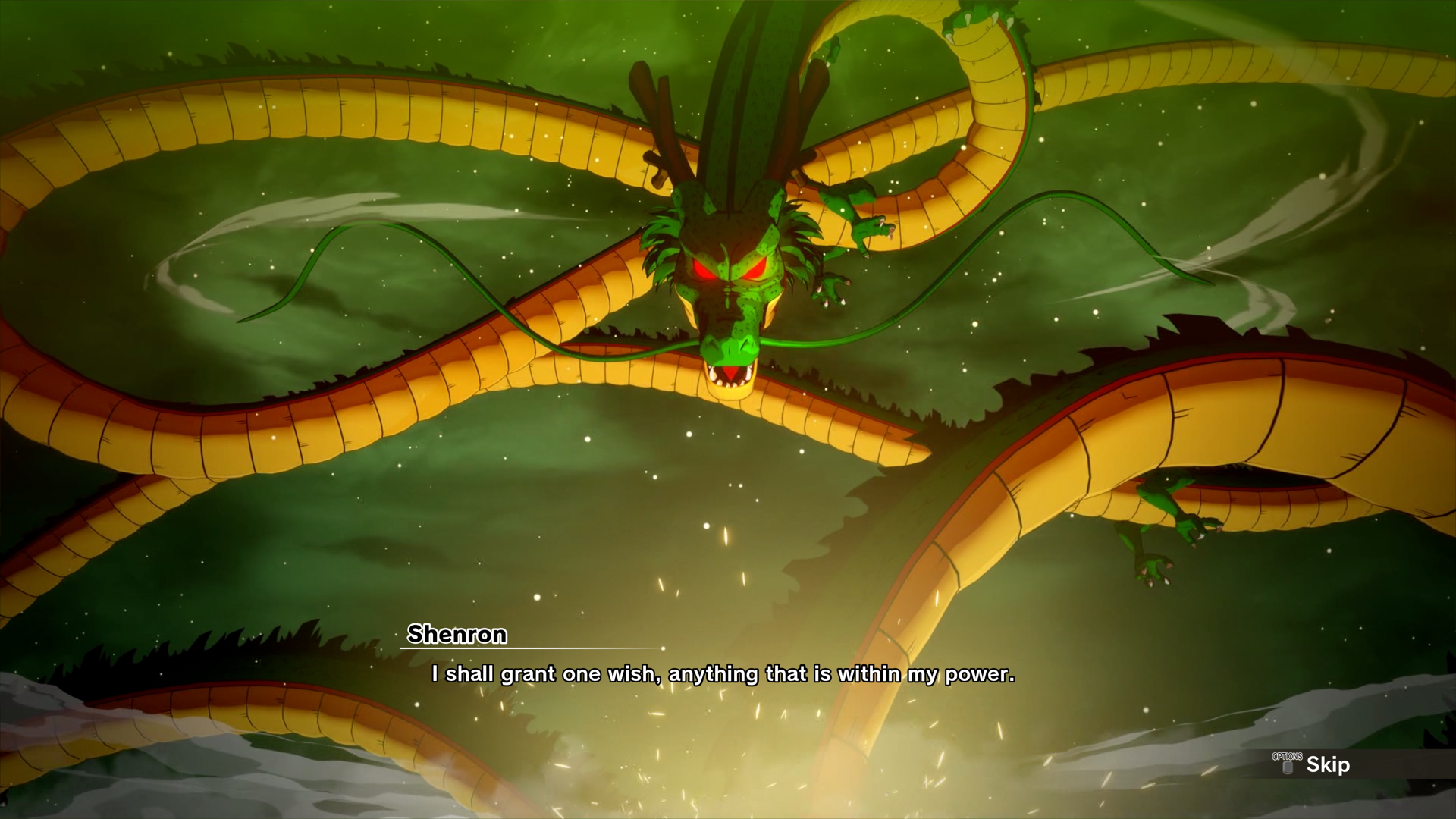 We've already spoken at length about the combat in Dragon Ball Z: Kakarot, but to summarise, it's fluid, flashy, and engaging. Letting you combine light and heavy physical attacks, ki blasts and a characters special moves in fast-paced action that can be both incredibly satisfying, when pummelling down what are essentially random-encounter cannon fodder, as well as tense and tiring in longer battles where you're going to find yourself up against the wall.

This doesn't mean tiring in a bad way, more in the way that you find a large boss in any other game tiring. They're invigorating due to the thrill of the challenge but also tiring, draining, due to the constant thinking and adapting required of you. Of course, you also have items at your disposal, provided you can escape the flurry of an opponent's attack to give you the chance to use them.

It's the power of these attacks that also makes the game feel great to play. Even early on, against the fight against Raditz, unleashing a Kamehameha and watching it create a groove in the surface as you blast away at your foe. In later side-battles I was able to have as Piccolo against Krillin, Yamcha, Tien, Chiaotzu, and others also had this same feeling, where even if you are more powerful, you still have to be thinking because any wrong move can result in some serious pain. 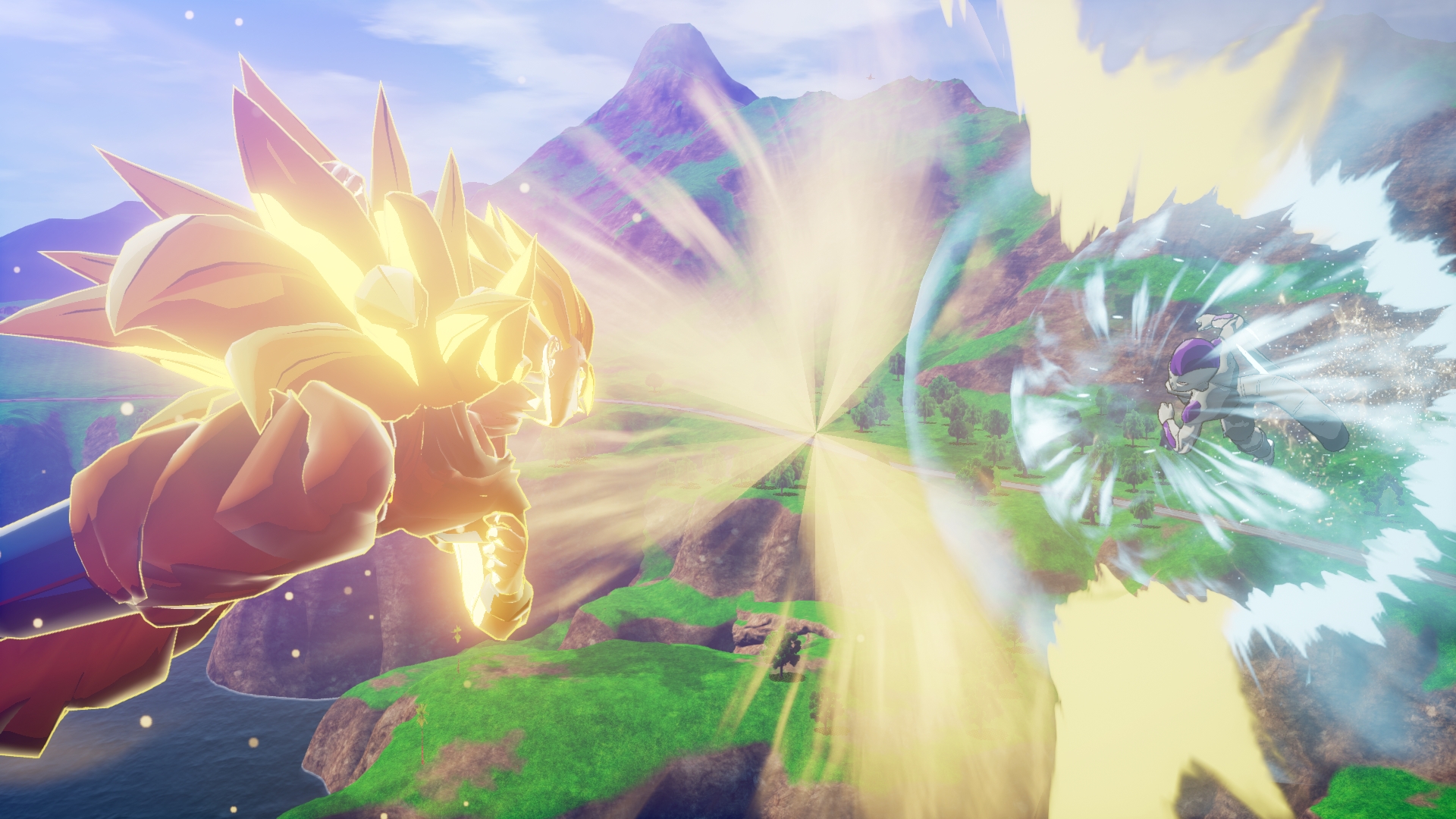 Beyond the battles I was able to explore, with a greater level of freedom, the open-world aspect Dragon Ball Z: Kakarot will feature, as well as the way the story will progress. Anybody familiar with the animé or manga will be entirely familiar with the events that happen on screen, even some of the little side elements like King Yemma giving Goku a little quiz before letting him go along the serpent road. Those not familiar will probably find a few characters thrown in quickly with no real introduction, but there's little chance that they'll ever get lost in the progression of events.

What will help them is the freedom that comes with the game: enabling you to fly around as whichever character you are currently controlling and speaking to some of the regular inhabitants of Dragon Ball Z's version of Earth. As well as little bits of dialogue with some of these characters, you can do a variety of side quests for them to gain more items or Z-Orbs, used to increase the skill level or abilities of your characters. Of course, characters also gain experience through fighting, which in true RPG quality will let you grind levels as you go around searching for hidden features.

As well as your own personal levelling and ability growth, there are the community boards I mentioned earlier. As you unlock soul emblems of characters from the series, both well-known and others that are barely even Z list cast members, never mind C list. Each of these emblems have stats that will improve the level of whichever community board they are attached to. A number of these emblems also have links that boost their stats, each link being based on the links of the characters they represent. For example, the emblems of Kami and Piccolo, with them both being Namekians. Thanks to the massive roster of characters, a huge number of combinations can be found. 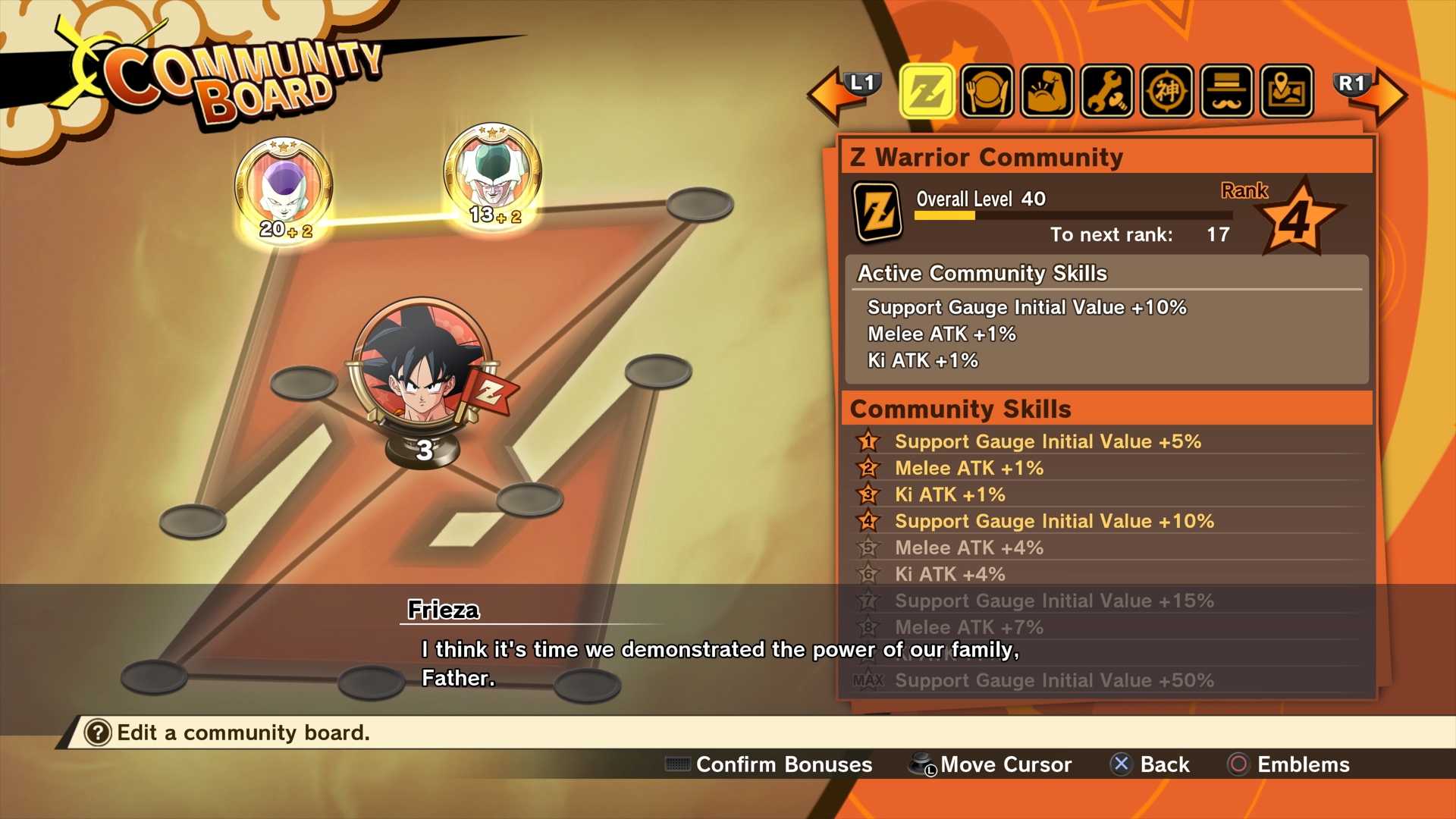 The use of an open world, a variety of side-quests, a multitude of extra gameplay features like hunting, fishing, searching for easter eggs, and other treasures around the world to name a few, looks like it will keep the game very interesting. CyberConnect2, developers of the excellent .Hack series, look like they've really taken their previous experience and melded it excellently with the franchise.

Releasing on the 17th of January, just three weeks from now, Dragon Ball Z: Kakarot is genuinely looking like the best Dragon Ball Z game to have been released, period. While the controls, from my experience, will take a little getting used to, I can honestly imagine Dragon Ball Z: Kakarot being one of, if not the most well-received games based on the animé. From the time I've spent with it, it's certainly looking like it'll be my favourite, provided the game carries on with the quality and diversity shown in its first three to four hours.