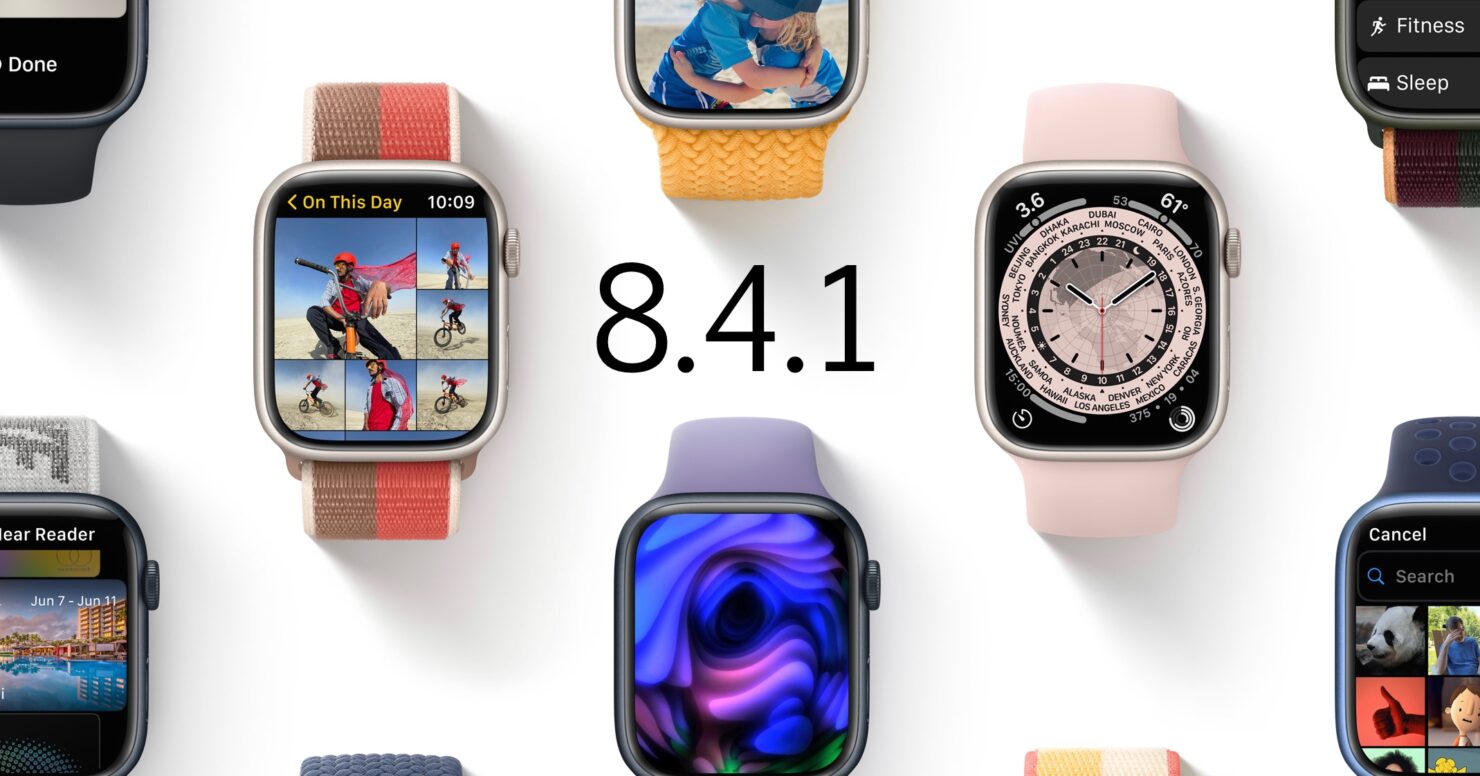 Apple has just released watchOS 8.4.1 update for Apple Watch Series 4 and up users. It is a bug fix update.

watchOS 8.4.1 Now Available for Download for Apple Watch Series 4 and Up

It was little under a week ago Apple released watchOS 8.4 to the public. But surprisingly, the company has followed up with a new release in the form of watchOS 8.4.1.

While the new update mentions that it is a ‘bug fix’ release, we are certain that it has been released to fix an issue that caused the last update to break the Wallet app for some users completely.

We will highly recommend that you go ahead and download watchOS 8.4.1 onto your Apple Watch right away, if possible. You can start things off by making sure that your Apple Watch has 50% or more battery remaining. Once that’s in the green, place your Apple Watch on its charger, then launch the Watch app on your iPhone, go to General > Software Update and tap on Download and Install. The update will start downloading onto your iPhone and installed onto your Apple Watch. The whole thing may take a while so make sure you exercise some patience at this hour.

If you make use of your Apple Watch on a daily basis, then grabbing hold of an update that fixes key issues is absolutely vital at this point. Even if you can’t install the update immediately, the update will be installed on its own overnight if you have automatic updates enabled on your Apple Watch so you wake up with a properly functioning wearable the day after.

Surprisingly, this update is not available for Apple Watch Series 3 users at this point. And if you have that model of the Apple Watch with you, then you might want to wait a while and see if the update is rolled out for you. But given how clear the description of the update is, we doubt that we will see the update for the older Apple Watch model.