Apple has released the final version of tvOS (9.0) and is available to download for Apple TV 4 devices.

Although the tvOS firmware is useless to those who are going to buy a fresh unit today, but if you're a developer and happen to have tvOS beta installed on your hardware, then you might want to update to the final build today to get to grips with the benefits of the full and final stable build of the software.

If you grabbed yourself an Apple TV 4 and have managed to botch the software using a method unknown to mankind, then you might want to download the final tvOS firmware file as well to restore things to their factory state, and of course, start all over again. But given Apple's track record of creating rock solid software for its hardware, we doubt that point will ever come in your day to day usage.

The Apple TV 4 is Cupertino's new take on its already-existing set-top box lineup by taking things up a notch with new features such as Siri, dedicated App Store, gaming and whatnot. It remains to be seen whether or not the company's new hardware will be an instant hit in the living room space. 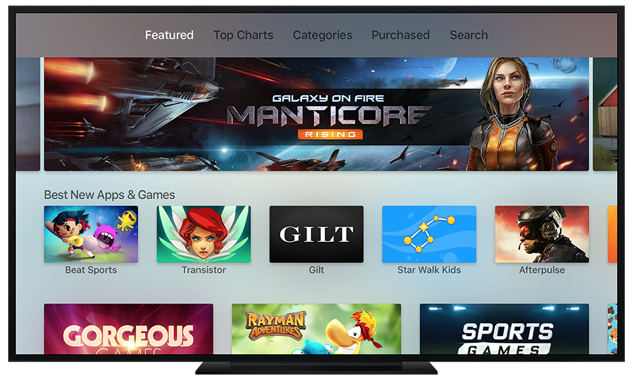 Given Apple's dedication to a certain product, there's a high chance that the new Apple TV 4 will be an instant hit among users who are looking for a quick fix device for the living room where they can consume content without diving into the world of complications. After all, the Apple TV 4 does come with a bunch of pre-loaded services such as Netflix, Hulu and whatnot, and what better way to end your day by checking out some new TV show episodes or your favorite movies, right? That too on a device that's super easy to use.

You can grab the tvOS final version from this link. We recommend that you download the firmware file anyways and keep it stored somewhere for safekeeping.

If you did happen to pre-order an Apple TV 4 for yourself and got your unit ahead of time, then do not forget to let us know about it in the comments section below.