You can now download Springtomize 3 for iOS 9 jailbreak tweak today directly from Cydia.

If you ask a diehard jailbreak user to list down their favorite tweaks and apps, then it wouldn't come as a surprise that Springtomize manages to invade every top 5 list over and over again. The reason for that is simple - the power said tweak provides to the user. Thankfully, after a much awaited pause, Springtomize 3 has been updated for iOS 9 and is immediately available to download directly from the Cydia store.

To put it in simple words, Springtomize lets you customize your 'device like never before.' But in reality, the tweak is much more than that as it lets you tailor up almost every aspect of iOS to your liking. For instance, if you want to customize your iPhone dock, then Springtomize has you well covered. Don't like the layout of Control Center? You can tweak that as well to your liking. Want to hide the dock altogether? That is covered as well. All in all, Springtomize is a very, very powerful tweak and we suggest that every jailbreak user give it a shot at least once. 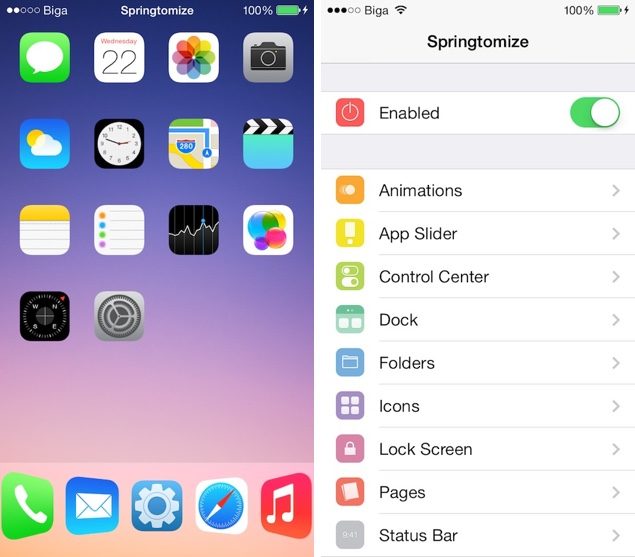 With the amount of power the tweak brings with it, Springtomize therefore comes attached with a small price tag of just $2.99 and is available to download directly from the BigBoss repo in Cydia. If you're looking for one good reason to jailbreak your device, then Springtomize is the tweak you need under your belt to get the ball rolling. 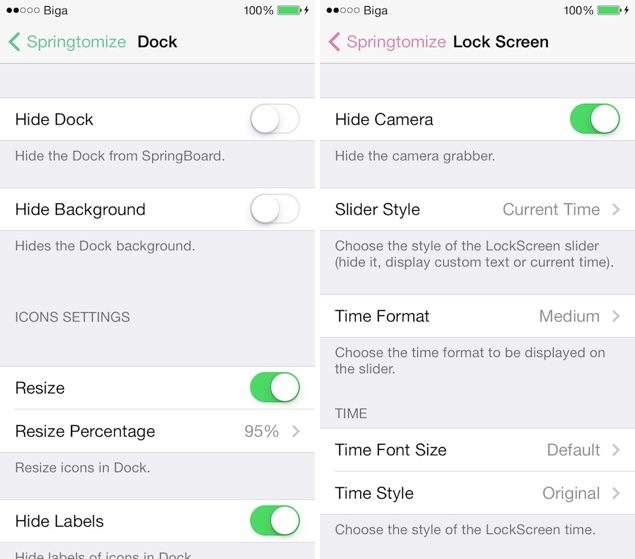 Rather than just adding iOS 9 support in this release, you'll be pleased to learn that the tweak also supports iOS 7 and iOS 8 right off the bat, so you do not have to worry about compatibility related issues. Furthermore, Springtomize 3 is available in 20 different languages, hence you're covered in that regard as well. Lastly, once you download and install Springtomize onto your iOS device, everything can be configured right from the stock Settings app.

If you do happen to give Springtomize 3 for iOS 9 a shot on your device then do not forget to let us know what you think about it in the comments section below. We would put the tweak in the list of highly recommended utilities for any user - jailbreak, of course - out there.