You can now download the official Reddit app for iPhone, iPad, Android devices from the App Store and Google Play Store. 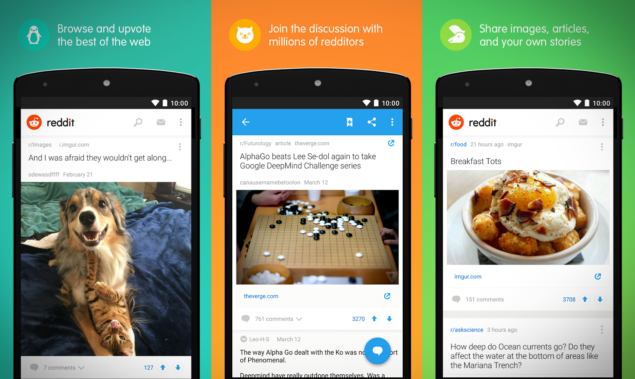 The Official Reddit App For iOS And Android Has Arrived!

Reddit has a massive online presence and touts itself as the 'front page of the internet.' But sadly, the community hasn't had a proper mobile presence lately, with many users forced to make do with third-party clients on mobile to get their fill of Reddit. The only official presence Reddit did have on mobile was through an app called 'Alien Blue' for iOS, which, quite frankly, offered a mediocre experience at best. But today, all of that changes, as Reddit has flipped the switch and has released its 'true' official apps for both iOS and Android.

On the design front, the app looks amazing to say the least and gets the job done in a lot of ways. But of course, since this is the first ever release of the iOS and Android app, therefore users should expect a few things out of place, which will of course be taken care of as we progress into the future.

On the features end, expect a lot of things from the Reddit app.

• Browse all of Reddit, wherever you are
• Search and discover communities by topic or interest
• Submit your own comments, images, links, and stories for others to view and discuss
• Customize Reddit with themes (including night theme)
• View in either compact view or card view
• Stay up to date with your orangereds with Inbox: messages, comment replies, post replies, and mentions.

That's not all - if you sign into the Reddit app using your account, you will get three months of Reddit Gold absolutely free. That's one reason to download the app on your mobile device right away, and if you're Reddit user, then we're sure you can't deny that offer one bit.

For iOS users, the Reddit app is compatible with iPhones only for now. You will be able to install the app on an iPad without any fuss, but everything will be scaled up for the larger display. Nothing will run in the native resolution until or unless Reddit adds official support for it, which we're certain will arrive at a certain point in time in the future.

If you want to download Reddit on your iOS device right now then simply tap on this link. Android users, on the other hand, can go here.

Be sure to let us know in the comments section what you think about the official Reddit app.