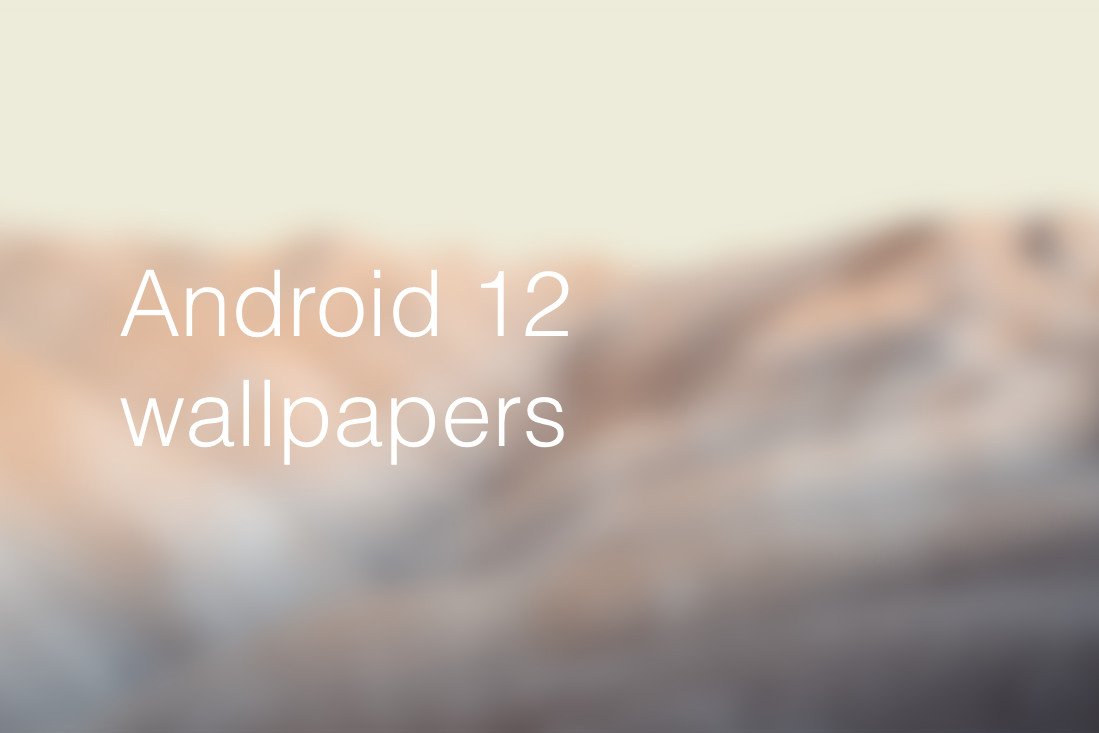 You read that absolutely right. You can download the new wallpapers from the upcoming Android 12 update for any device.

The first Developer Preview of Android 12 is expected to roll out this month with the full and final release expected to release later this year, some time in October. We are expecting better dark theme support this time around, better privacy features and an upgraded notification system. But, before we get our hands on it there's something which you can already taste from Android 12 - wallpapers.

Thanks to Wylsacom, you can now go ahead and download some of the wallpapers that will be a part of Android 12. They are available in variety of sizes, meaning they will fit any device you may have including one of the latest iPad Air devices from Apple. In short, whether it's an iPhone, Android, iPad, Mac, Windows PC, these will look fantastic on it.

You can download all the wallpapers straight from here in a zip file. We wish we could post these wallpapers here directly in full size but they will end up being compressed, hence downloading them as a zip is the way to go. But, if you think you can get away with a little bit of compression then click on the wallpapers below and download them straight onto your device.

If you like to get a little bit technical, then you will be delighted to learn that these wallpapers feature a resolution of 1440p.

Just like any wallpaper that has been released in the past few years by tech giants, this one follows the tradition of being minimal and 'boring.' That's not a bad thing at all, it's just a reminder that you should not expect anything unusually exciting out of the box. Also, since these wallpapers are likely from a Developer Preview, there is a high chance that these wallpapers might not end up being part of the full and final build, set for release later this year. Even if they do, you can rest assured that you got onboard the Android 12 bandwagon way before anyone else, despite in just an aesthetic end.