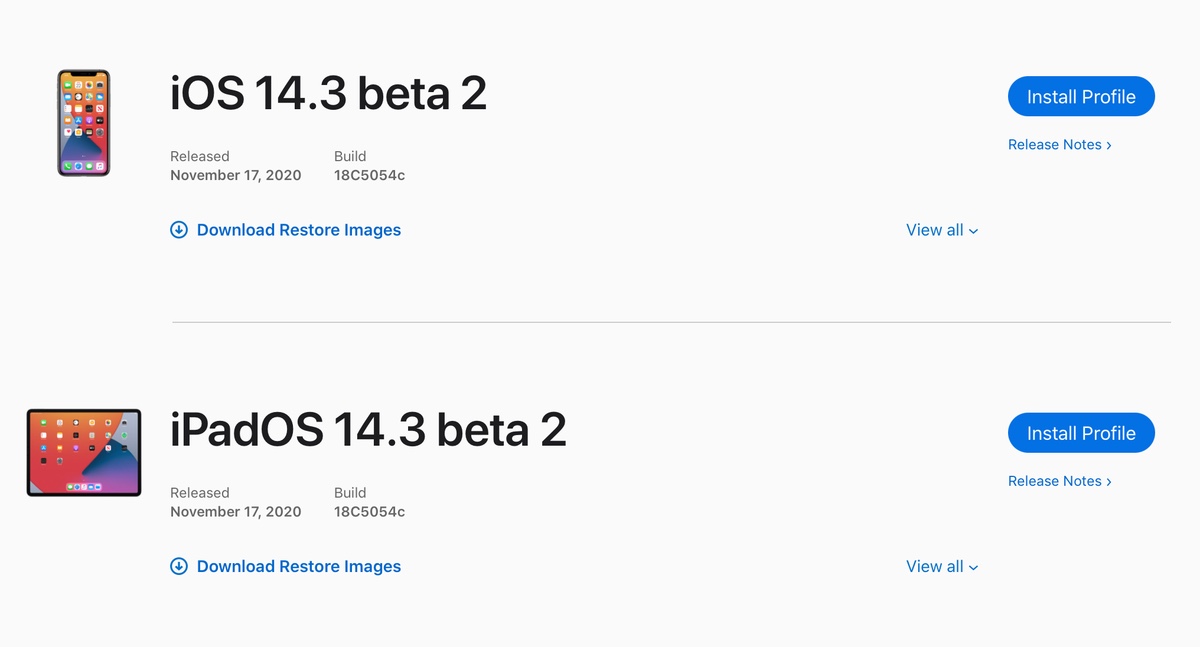 iOS 14.3 and iPadOS 14.3 Beta 2 is Now Available for Registered Developers

Remember the iOS 14.3 / iPadOS 14.3 update which Apple seeded to developers? Well, the second developer release of that update is now available. It offers a handful of new features, but more importantly, adds support for ApplePro RAW to iPhone 12 Pro and iPhone 12 Pro Max handsets.

If you have the previous update installed on your iPhone or iPad, you can update to the latest one by going to Settings > General > Software Update. It will take only a few minutes. Just make sure you are connected to Wi-Fi and a power outlet.

iOS 14.3 and iPadOS 14.3 is actually a big release in some areas. Apart from the ApplePro RAW support, it adds support for the PlayStation 5 controller. So, if you are a mobile gamer, you are going to like this feature addition.

There are a bunch of small changes as well such as the inclusion of a new search engine called Ecosia, and a new Cardio Fitness category in the Health app. Obviously, there are bug fixes and performance enhancements baked right in, something which will fully come into action once the full and final build of the software is seeded to the end user. When will that happen, you ask? A wild guess suggests a December release. But, who knows Apple might just surprise us way before that. We have our fingers crossed.

Wrapping things up, it is best that you go ahead and install the latest update right now. It should resolve things such as quick battery drain or maybe even some app crashes if you are experiencing them.