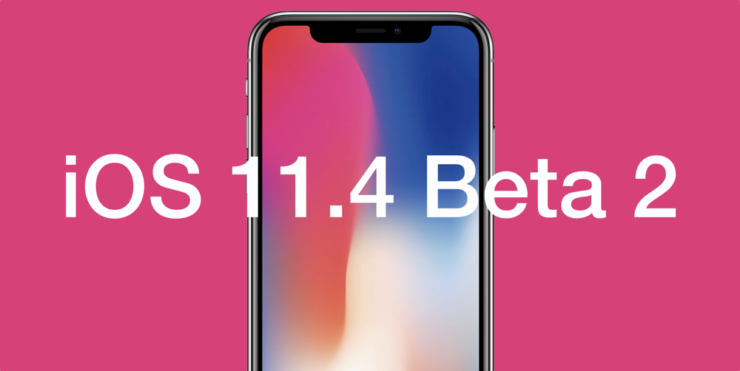 You can now download iOS 11.4 Beta 2 if you're a developer. We'll show you how anyone can download it right now.

iOS 11.4 Beta 2 is Now Available for Registered Developers - Go Ahead and Download

Apple has released the second developer beta of iOS 11.4 and those registered in the Developer Program can go ahead and install it over the air if they have the first beta already installed. Just connect to WiFi, go to Settings > General > Software Update and you can just tap on Download and Install here to top things off.

If you are brand new and happen to have a Developer Program membership with you (paid, by the way) then you too can get in on the action. You have the option to do a clean install of the new beta firmware or just install it over the air while retaining all your settings and data. I would highly recommend the latter route as it does not clutter things up that much.

iOS 11.4 Beta 2 is no more than a bug fix and performance release. But there is a chance Apple might have slipped in something new to surprise users and developers alike. In case you are wondering, iOS 11.4 focuses on Messages in iCloud as well as AirPlay. Both of these features were supposed to be a part of iOS 11.3, but for some reason Apple decided that these features are not ready for prime time just yet.

We will highlight the important changes in this release if they are any. And please, if you are going to install this update just for trying it out, it's best to do it on a test device. Speaking of which, you can download iOS 11.4 Beta for free if you are willing to take the public beta route. You can learn more about it by heading over to this link.