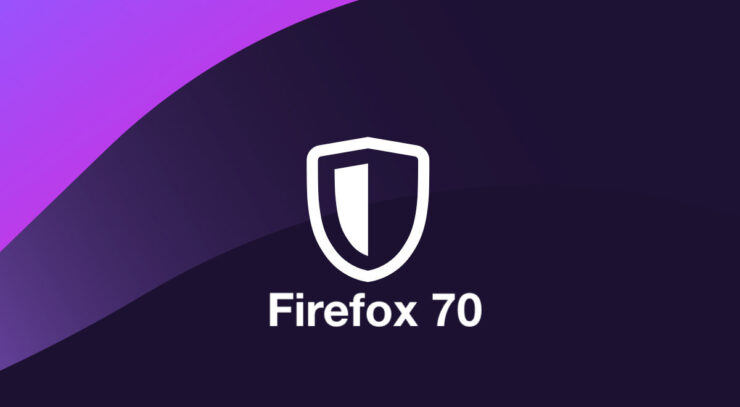 Mozilla has today released Firefox 70.0 for all platforms. The previous version of the browser arrived with Enhanced Tracking Protection (ETP) enabled by default on all platforms. The latest version of this privacy-focused browser ups the game by also bringing Social tracking protection - which blocks cross-site tracking cookies from sites like Facebook and Twitter - under the Standard settings. [The browser offers Standard, Strict, and Custom privacy settings.]

The company said that since July 2 it has blocked over 450 billion tracking requests that attempted to follow Firefox users. Mozilla added that all of this happened behind the scenes but the growing threat to privacy warrants more visibility to these efforts.

The browser maker has today announced a new report that outlines the number of third-party and social media trackers blocked automatically by the Firefox browser with Enhanced Tracking Protection.

This report will show you how many times Enhanced Tracking Protection blocks an attempt to tag you with cookies; a summary of the number of unsafe passwords that may have been used in a breach, so that you can take action to update and change those passwords, and the ability to quickly view and manage how many devices you are syncing and sharing your passwords with.

"The industry uses dark patterns to push people to “consent” to an unimaginable amount of data collection," Selena Deckelmann, Senior Director of Firefox Engineering at Mozilla, said. "These interfaces are designed to push you to allow tracking your behavior as you browse the web."

"Firefox’s Data Privacy Principles are concise and clear. We respect your privacy, time, and attention. You deserve better. For Firefox, this is business as usual. And we extend this philosophy to how we protect you from others online.”

The latest version also brings some security improvements to Firefox Lockwise - the company's identity and password management tool - and performance improvements on desktop.

Here is the complete changelog of Firefox 70

- Smart Spies: how easy it is to abuse Alexa and Google Home to spy on users