Are you angry that you haven’t had the chance to get your hands on the all new Angry Birds Star Wars special edition? Well, we aren't sure about the iOS “fans”, but there is some brilliant news for our Android readers! Yes, you guessed it right! Angry Birds Start Wars Special is now available for FREE on the Google Play Store! Of course the HD version costs you 2.99 bucks, but why go for the paid one when you can play it free. For those who are unaware ( You might think I am insane saying this), Angry Birds is a smartphone game, but now has its own desktop versions as well, that is meant to keep you glued to your phones for hours. Angry Birds basically is game where you side with some birds having attitude issues. The birds offer themselves to be mounted and bombarded via fixed slingshot on bad, bad green piggies who dared stealing their eggs.

As I am currently in the process of downloading this new edition on my Galaxy Nexus, the description of this game in Google Play store seems fascinating already. This time, the Angry birds are out there to smash the green troopers (again the piggies) with enhanced game mechanics. In this version, you are at liberty to fine tune your birds to increase their “skill” level and use the likes of lightsabres, blisters and might falcon to break hell on the enemies.

And yes, this time the Angry Birds come with some unique hair styling! Seems like Rovio got someone from Sally Hershbergers this time to “fine-comb” the hair! And piggies aren't less fashionable this time since they can be seen with renewed metal hats ( or is that space hair wear?).

So let’s take a look at some of the official screenshots of the all new Angry Birds Star Wards Special for Android: 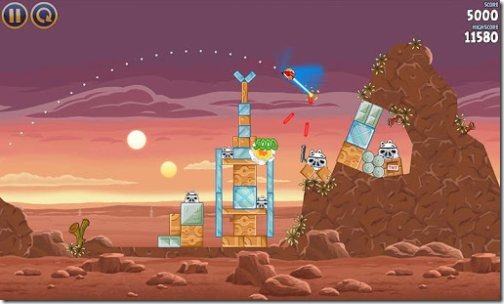 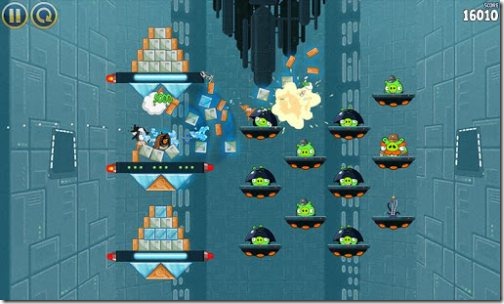 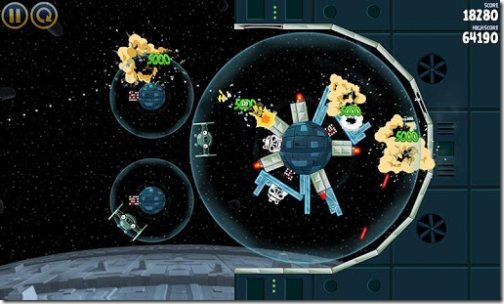 From the preliminary look and feel of the game, it seems that it will be fairly challenging. However, the new concept of “in-app purchasing” is a bit new and we’ll have to see how it goes along with gamers and those who love Angry Birds for the sake of it. Cutting the rant short, you can download Angry Birds Star Wars from this link and get it rolling on your phone. In case the game doesn’t work on your phone, then either its time to upgrade or contact Rovio via Play store to get the issue addressed.