The iOS 4.0.2 fixes the exploit used in JailbreakMe 2.0 which is the jailbreak used for all the iPhones and iPod Touch. Which means that Downgrade to iOS 4.0.1 or 4.0 is required in order to jailbreak iPhone 4, 3GS, 3G or iPod Touch 3G, 2G.

Tiny Umbrella will be used in the following guide to downgrade iPhone / iPod Touch firmware. Downgrading from Tiny Umbrella means that there's no need to edit any Hosts file that is required in other guides found all over the cloud and the process could be done by a single click.

How to: Save SHSH blobs for iPhone, iPod Touch

If you’ve SHSH blobs saved on Saurik’s server via Cydia, download them into your computer first. To do that:

(e.g: to download 3.1.3 SHSH blobs from Cydia see the screenshot below) 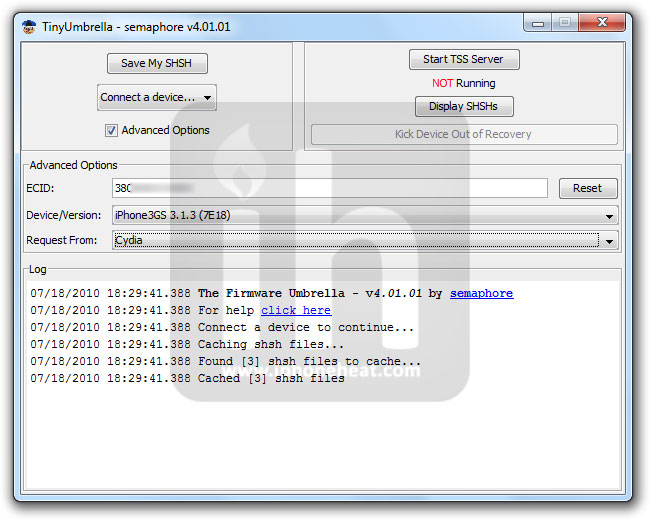 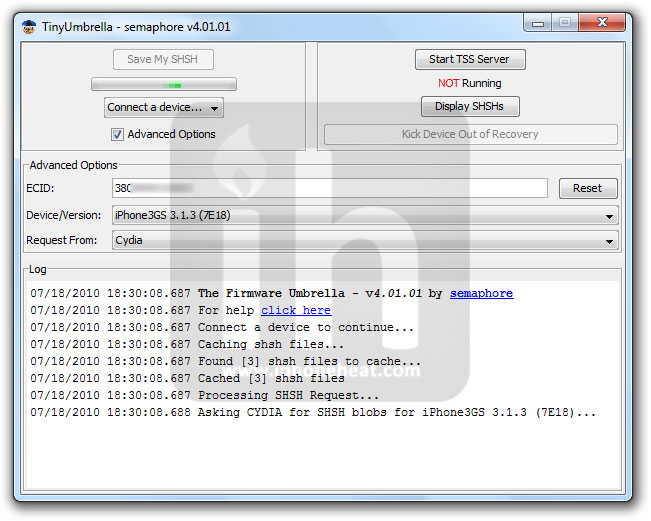 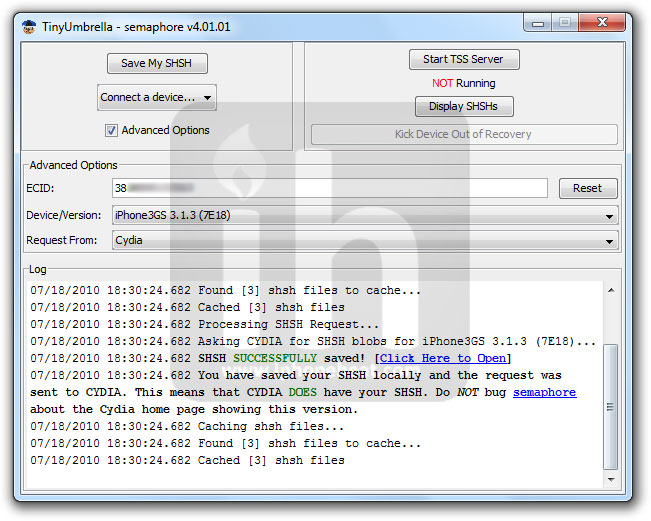 NOTE: If iPhone 4, 3GS, iPod Touch 3G and iPod Touch 2G (MC) users do NOT have SHSH blobs saved for an older firmware, they can NOT downgrade unless Apple is signing the Firmware.

Put your iPhone into DFU Mode (How to: enter DFU Mode)

Step 5 – Getting Out Of Recovery

Now in order to get out of recovery mode, hit the “Kick Device Out of Recovery” button on TinyUmbrella right below the Start TSS Server button. That’s it!

Now you can jailbreak iOS 4.0.1 and iOS 4.0 using the guides linked below and check out the list of compatible cydia applications with iOS4: