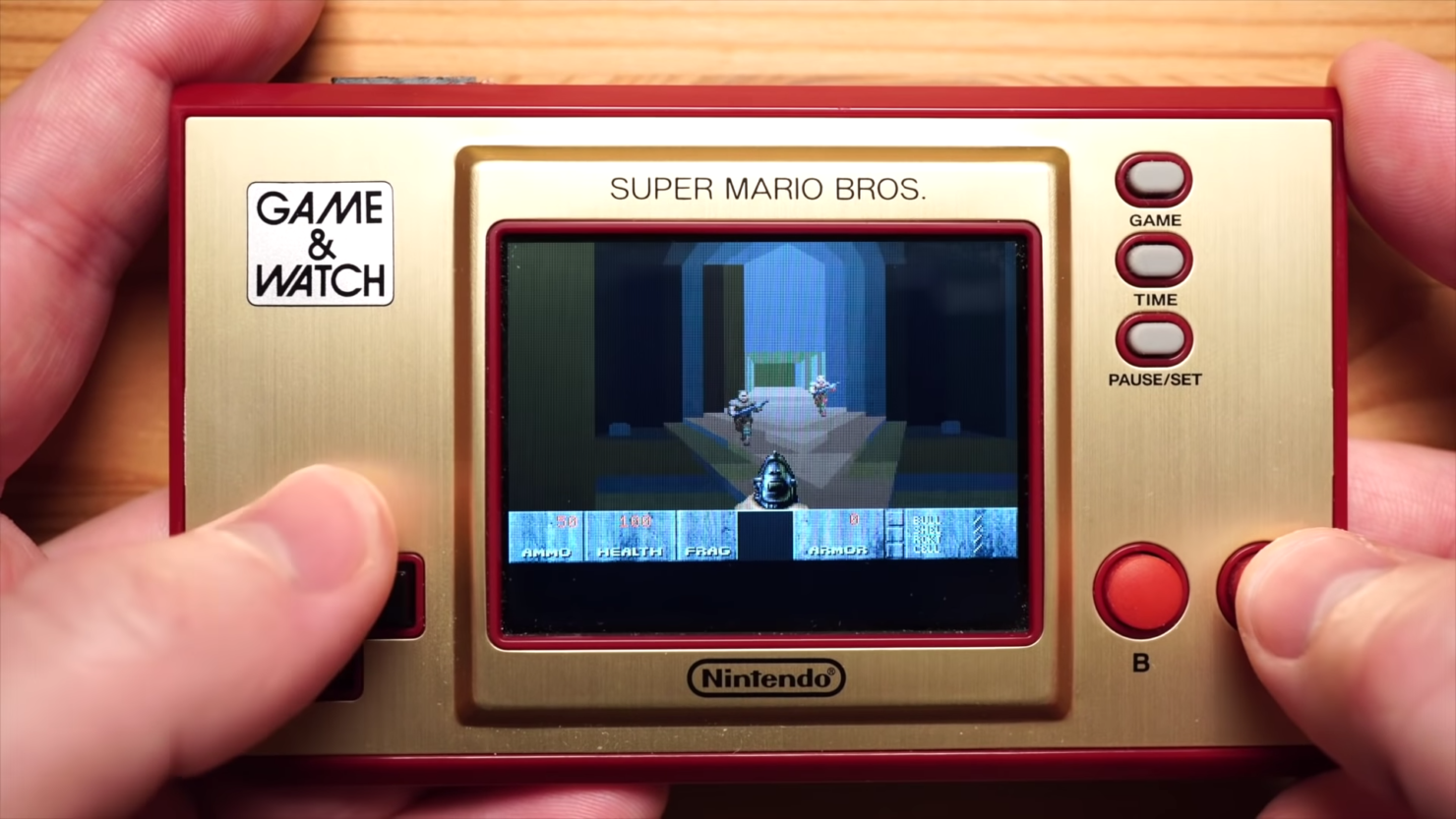 Doom has appeared on everything from calculators to pregnancy tests. Why should Nintendo's new Game & Watch console be any different?

The Game & Watch re-release is now home to a scaled-down version of Doom, likely to the surprise of no one. YouTuber stacksmashing managed to accomplish the feat, but not without making several compromises first.

Though the game is running on the Game & Watch, stacksmashing had to end up taking out several textures, removing the sound, and reducing screen resolution to bring the package together. But despite all of the changes required to make the game run, it still does so, with panache.

The video above offers up an explanation behind the process as well as a close look at the game running on the device. Stacksmashing advises in the video they will be releasing another video that explains bringing Doom to the system even further.

With the Game & Watch's hack that's already occurred days after the system hit store shelves, we'll likely be seeing a lot more projects just like this one. Doom is likely only the tip of the iceberg. Of course as long as there are diminutive pieces of hardware, people will continue to try and run Doom on them. That seems like one of the unwritten rules of the universe at this point.

Otherwise, the Game & Watch can officially run the original Super Mario Bros. in bright color as well as Super Mario Bros.: The Lost Levels. It also includes a special Game & Watch game in the form of Ball, with Mario front and center. Though it's a collectible piece of Nintendo history, it's capable of running several titles, many of which we've seen through the hacks that have surfaced over the last week or so.

If you'd like to get your hands on one of the systems yourself, they're available now.