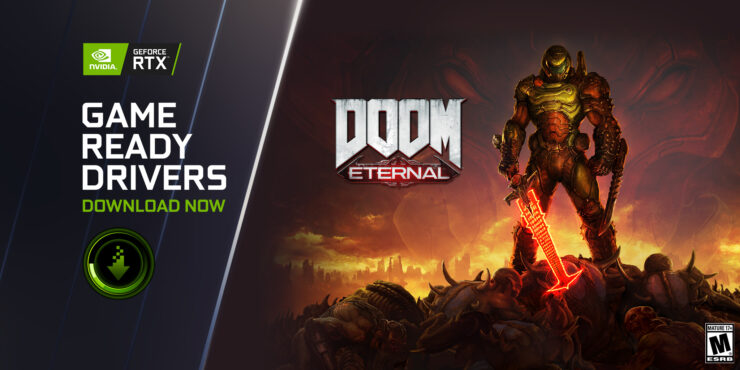 NVIDIA has launched its GeForce Game Ready 471.11 WHQL drivers which enable the RTX ray-tracing & DLSS in DOOM Eternal. Not only that but the driver also enables RTX support in a few other titles while offering support for even more G-Sync compatible displays.

DOOM Eternal is probably one of the bigger titles to support NVIDIA's RTX technology and GeForce Game Ready 471.11 WHQL drivers enable those in-game. DOOM Eternal will be leveraging from the ray-traced reflections and DLSS technology, offering both superior image quality and higher frame rate as you hunt down demons. In addition to DOOM, LEGO Builder's Journey will also feature ray-traced effects along with DLSS while also the driver also adds DLSS for Rust, and F1 2021 too.

NVIDIA has also announced brand new G-Sync compatible displays with its GeForce 471.11 WHQL Game Ready drivers. They can be seen in the table below:

NVIDIA DLSS support for Vulkan API games is now available on Proton, enabling Linux gamers to use the dedicated AI Tensor Cores of their GeForce RTX GPUs to accelerate frame rates in DOOM Eternal, No Man’s Sky, and Wolfenstein: Youngblood. Support for DLSS-enhanced DirectX titles running via Proton will follow this Fall.

To enable Proton through your GNU/Linux Steam application, and use NVIDIA DLSS in supported titles: