The Witcher 3 wasn't quite exempt from exploits that allowed gamers to stock up things like hides and pearls, for instance. However, a new video published on YouTube channel WhatsMyGame shows that CD Projekt RED took a very funny approach to the issue: with the latest patch, they have added an in-game tax collector (named Walthemor Mitty, which seems a clear reference to Walter Mitty) who comes after Geralt.

Apparently, the Nilfgaardian Tax Code prescribes a fine equal to 200% of the earnings for such illegal transactions.

However, you don't have to worry too much unless you just can't stomach lying even in The Witcher 3. In fact, it appears to be possible to just deny everything, and the good Walthemor Mitty will then actually commend Geralt with a diploma, bestowing the witcher of Rivia with the title of Taxpayer in Good Standing. 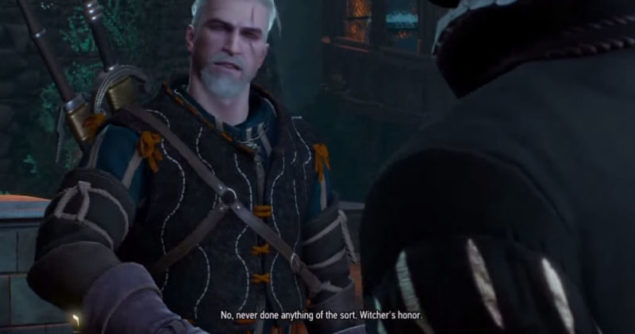 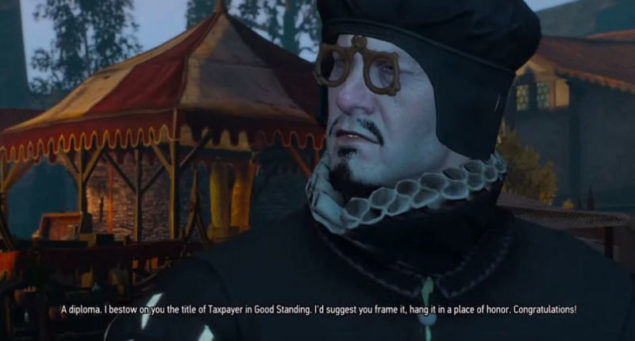 It's little touches like this one that contribute to the creation of a masterpiece, which this game certainly is.

The Witcher 3 just received its first expansion, Hearts of Stone, packing approximately 15 hours of new content, a new romance with Shani and Runewords that can be added to Geralt's armor and weapons. The DLC is part of the Season Pass (which also includes Blood and Wine, due for release early next year) or can be purchased separately for $/€ 9.99.