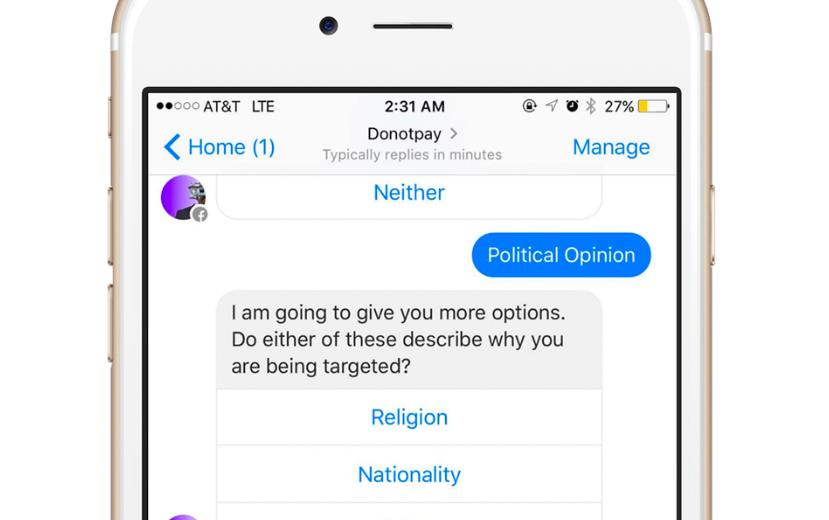 A chatbot on Facebook dubbed as DoNotPay is making lives easier for refugees in the US, Canada, and the UK. The purpose of the service is to help refugees in finding legal aid and shelter.

It is developed by a Stanford student Joshua Browder to provide legal help. The original DoNotPay chatbot helped users with parking fines and emergency housing. The bot indexed more than 160,000 parking penalties over London and New York for free. Browder describes DoNotPay as “the world’s first robot lawyer.” It helps users with free legal guidance communicated in the form of a chat bot. The same bot has now been turned into helping refugees with immigration application in the US and Canada. For the UK, it assists them in filing for asylum support.

The chat bot is like an automated system that helps refugees in filing for legal aid applications in their new land. It is a non-profit service directed towards helping out refugees stranded in foreign countries. DoNotPay works by asking questions to determine the eligibility of the user for asylum protection under international law. It also asks questions like - "Are you afraid of being subjected to torture in your home country?" 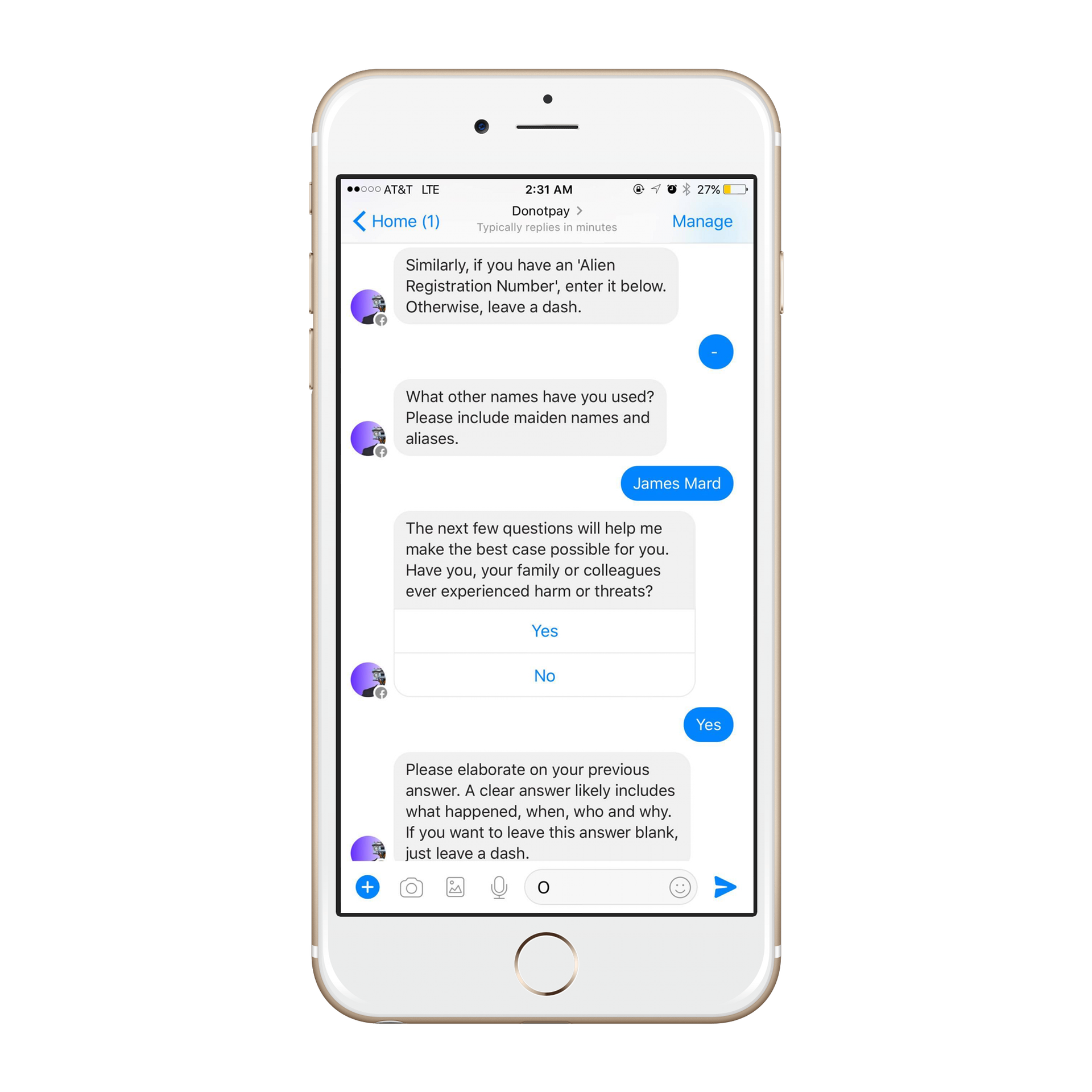 "Crucially, all the questions that the bot asks are in plain English and A.I. generated feedback appears during the conversation. For example, the best answer for your situation will include a description when the mistreatment started in your home country,"

Browder launched DoNotPay on the Facebook messenger because an automatic end-to-end encryption does not bind it. Also, Facebook Messenger is widely popular, and refugees can easily access it.

Regarding the security of data on Facebook Messenger, Browder says:

"All data is deleted from my server after ten minutes, and it is possible to wipe your data from Facebook Messenger. Privacy is a very important issue, and it's important to be upfront with users."

Helping out refugees is not the only agenda on Browder's mind. Going forward, the London-based Stanford student wants to launch bots for pensions, benefits, and bail related issues. The idea behind free legal assistance via chat bot is to extend legal help to everyone.

Given the provisional nature of laws in the US and other countries, DoNotPay could prove to be a knight in the shining armour for refugees.