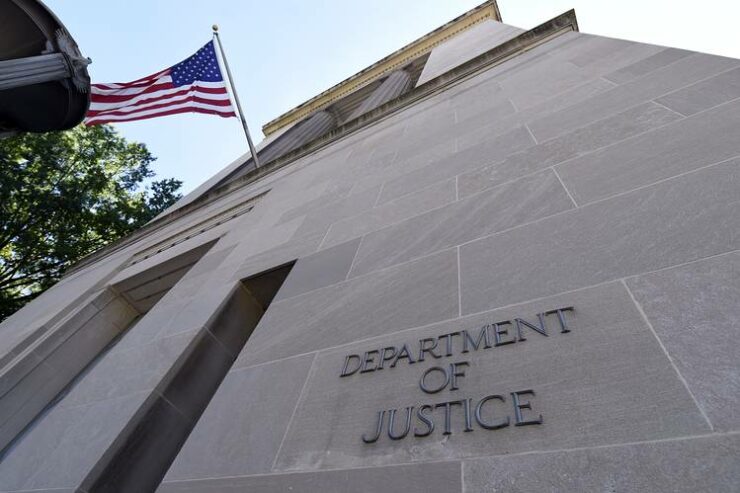 DoJ is demanding information on visitors of a Trump resistance site

The US Department of Justice has demanded for information on visitors of an anti-Trump website from an online web hosting provider. In a blog post today, DreamHost shared that for several months now it has been involved in a legal battle with the Justice Department over records on visitors to disruptj20.org. The site described itself as a group of activists "building the framework needed for mass protests to shut down the inauguration of Donald Trump and planning widespread direct actions to make that happen."

DreamHost is fighting the Justice Department over a warrant that compelled the hosting company to turn over all electronic data, including visitor email IDs, IP addresses and other such data that could be used to identify anyone who ever visited the site.

"The request from the DOJ demands that DreamHost hand over 1.3 million visitor IP addresses - in addition to contact information, email content, and photos of thousands of people - in an effort to determine who simply visited the website," the company said in today's blog post (emphasis is ours).

"This is, in our opinion, a strong example of investigatory overreach and a clear abuse of government authority."

It published a search warrant signed July 12th in which a District of Colombia court has demanded DreamHost to hand over records from disruptj20.org covering "the individuals who participated, planned, organized, or incited the January 20 riot," on the Donald Trump's inauguration day.

DreamHost argues that while it receives a growing number of such data demands by the law enforcement to provide information about its "customers who may be the subject of criminal investigations," this particular warrant carries chilling effects on the right of free speech afforded by the Constitution.

“In essence, the Search Warrant not only aims to identify the political dissidents of the current administration, but attempts to identify and understand what content each of these dissidents viewed on the website," the company said in a legal filing arguing against the warrant. The company added that it has been involved in a "months-long battle to protect the identities of thousands of unwitting internet users."

In its opposition letter, DreamHost has argued that the government had not provided enough particularity and that the order violated the privacy laws. It added that the company had already provided details of the owners of the site, however, it opposes the staggering overreach of the search warrant that is trying to get all the information on all of its visitors.

"No plausible explanation exists for a search warrant of this breadth, other than to cast a digital dragnet as broadly as possible," EFF wrote in support of the web hosting company (the organization is assisting DreamHost, but isn't representing it).

"But the Fourth Amendment was designed to prohibit fishing expeditions like this."

EFF added that the government's investigation into the "J20 protests" is problematic and has already resulted in the arrest of hundreds of protesters. Forbes had reported earlier in March that the police managed to search the smartphones of over 100 protestors even though they were locked. Over 200 were indicted on felony rioting charges in connection with the J20 protests.

"Prosecutors in DC are still at it," EFF wrote. "And they’re still using unconstitutional methods to pursue their investigation. Did you click on that link? Well, that’s apparently information the government wants to know."

A court hearing is scheduled for Friday, August 18, in Washington, DC Superior Court.