DLC Will Work with Xbox One Backwards Compatibility, Sort Of

Microsoft has finally been able to explain how DLC will work within the overall sphere of backwards compatibility on the Xbox One.

Previously it was unknown whether one would be able to download that Xbox 360 DLC and have it work seamlessly on the Xbox One. Now we know that it does work, though there are some limitations as to how you receive it. 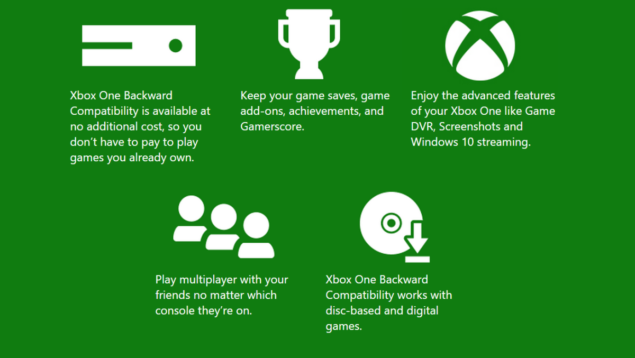 Xbox 360 game DLC needs to be obtained on the 360 or online via Xbox.com, otherwise it won't work.

Essentially, that DLC either needs to be on the 360 disc itself and installed via that, or you need to purchase the DLC from Xbox.com or via your Xbox 360, if you happen to still have it. The Xbox 360's store and thus everything in it is separate from the Xbox One's store, and is not emulated or accessed through backwards compatibility.

Speaking to Game Informer, Microsoft told them that DLC of any kind should work absolutely fine, stating that: “We will support both digital and disc-based entitlements for Xbox 360 games running on Xbox One,”

Thus, DLC will work for all the supported games, however, so never fear if you're really curious about the extended ending of Mass Effect 3 and wanted to try the Xbox 360 version. Installing DLC you already own, or have purchased through the online store is simple, just navigate the game in My Games and Apps, select the game you want to download DLC for, then select Manage Game, then you'll be able to select any of the DLC options that are available for it.