Earlier this week, we have reported that some new outfits based on popular games published by Ubisoft such as the Assassin's Creed and Splinter Cell titles have been spotted in The Division. No one knows how these outfits can be obtained, or if they are indeed real, but a new video that's been shared a few hours ago seems to confirm that they are indeed real and fully functional. 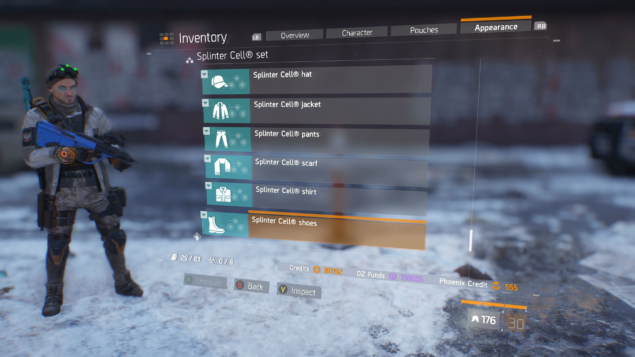 The new The Division gameplay video showcases not only the already mentioned Assassin's Creed and Splinter Cell outfits, but also the Watch Dogs outfit which has also been discovered recently. You can check out the new outfits in action right below.

As already mentioned, it's not yet known how to obtain these new The Division outfits. The first user who has taken screenshots of the outfit claimed that he has found them in his possession following the 1.1 patch, so it's quite likely that he has obtained them by mistake.

The Division 1.1 patch has been launched earlier this week, adding new content as well as balance changes, bug fixes and much more. Unfortunately, the new The Division patch also added a rather critical issue on the Xbox One version of the game which makes players completely lose their characters. Ubisoft has recently confirmed that the source of the issue has been identified and that it will be released soon. Characters will be restored to April 12th, so all progress that's been made since then will be lost. Not a huge problem, considering characters are indeed getting restored.

The Division is now available in all regions on PC, PlayStation 4 and Xbox One. We will let you know more about the new outfits as soon as more comes in on the matter, so stay tuned for all the latest news.