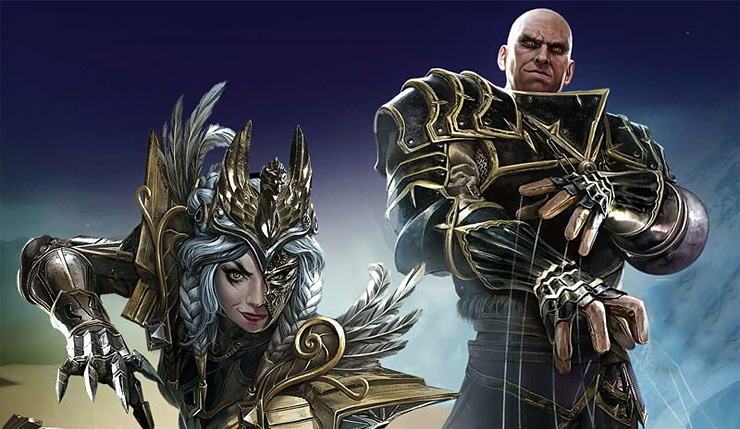 Earlier this  year Larian Studios announced Divinity: Fallen Heroes, an XCOM-style tactical RPG take on the Divinity universe. The game was supposed to launch sometime in 2019, but as the end of the year looms, we haven’t got any additional information, and it seems we’ll be waiting a while for any updates. While Divinity: Fallen Heroes isn’t outright cancelled, in a new forum post, Larian has announced the game in on hold for an indefinite amount of time.

What went wrong? From the sounds of it, nothing really – Larian insists Fallen Heroes was shaping into a “great game,” but it seems they and co-developer Logic Artists just have too much on their plates. Larian is, of course, working on Baldur’s Gate III, while Logic Artists are keeping occupied with their Expeditions tactics games. Here’s  what Larian had to say about the fall of Fallen Heroes…

It is with a profound sense of regret that today we announce Divinity: Fallen Heroes has been put on hold, as we fondly celebrate the work done so far. We’ve been working with Logic Artists for over a year since before the announcement on March 27, 2019. Though enthused by the reception of the announcement and the energy of our fans, we have taken many things into consideration over the course of the last few months, and today we’re ready to talk about its future.

Originally scheduled for a November 2019 release, it has become clear to everyone involved that the game will need far greater development time and resources than are available now to bring it to fruition, in a fun and sustainable way. We’re sorry for the players excited for Fallen Heroes, who will have to wait an unspecified period of time, but we strongly believe that bringing Fallen Heroes to fans should be done in a timeline that allows it to be developed soundly. We value the work that everyone has put in to Fallen Heroes, and though we lament its status as of now, we all agree that there’s a great game in there that will sometime reach the players who await it.

Here’s hoping Divinity: Fallen Heroes comes to fruition some day. Until then, you can look forward to Baldur’s Gate III sometime in 2020.