Dishonored 2 – How Emily Turned from Damsel to Hero

Emily is the daughter of Empress Jessamine Kaldwin, who was assassinated at the start of Dishonored and Corvo Attano, the hero of the game.

"Emily in the first one was really an anchor to the world,". "There was not much worth saving other than her. So she became really interesting to us."

"You have this privileged girl who, instead of living the life she would have lived, got interrupted by this tragic event. But then she was raised by Corvo the rest of the way. So who would she be as an adult?"

Emily isn't the only playable character in Dishonored 2. Corvo is back as well, and it's up to players to decide which role to take. The player gets a chance to pick between Emily and Corvo early in the game and that's the end of it, there's no turning back.

"We were trying to decide how ... to break it up so you make the choice," Smith explains, and the game's lead level design director, Christophe Carrier, who came up with a perfect solution.

"He's the one who recommended, maybe you play as Emily for like half an hour and then you get to this pivotal moment where a dramatic thing happens, and you choose at that point whether to continue with Emily or switch to Corvo. And then you're locked in." 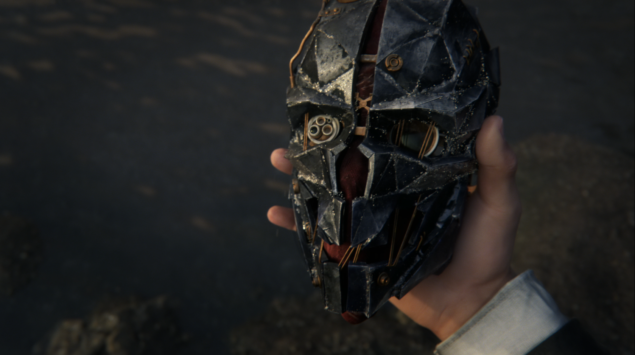 We will bring you any new information on Dishonored 2 as soon as it becomes available.