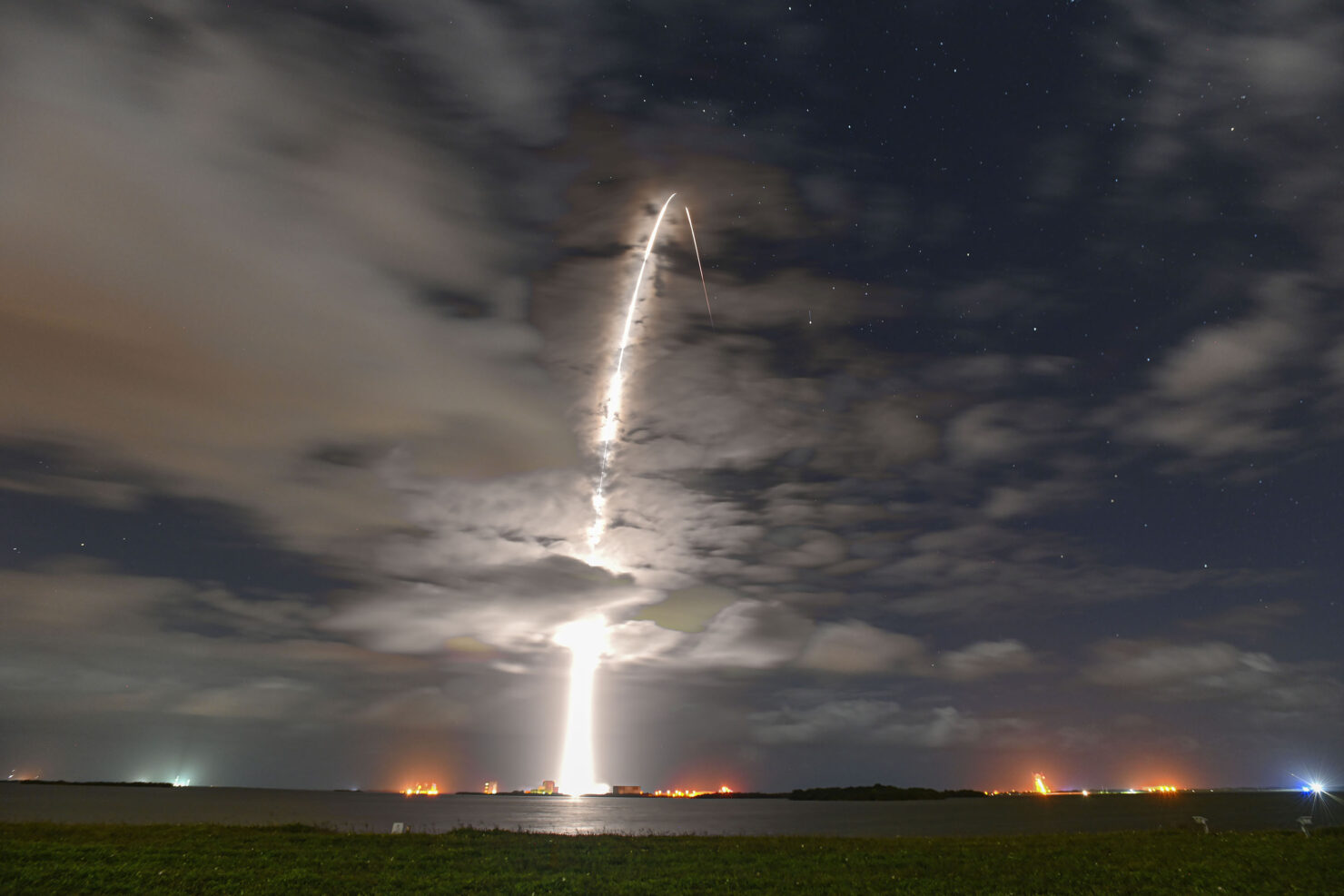 The post-launch arc of a satellite launch. This arc is from the Falcon 9 (B1049) that launched to deploy a batch of Starlink satellites in November 2020. Image: SpaceX/Twitter

Following Starlink's concession earlier this month to modify its operation after DISH Corporation argued before the Federal Communications Commission (FCC) that its services were at interference risk, DISH is back with a new filing. In this submission, made earlier this week, the company has rejected SpaceX's concession, arguing that it is "inadequate" when viewed together with other demands. To counter Starlink, DISH is back with four reasons explaining the purported inadequacy, arguing that its real-world data renders Starlink's response useless, along with other claims.

The saga of DISH's fight against SpaceX and Starlink relates to the latter's modification application to the FCC. This request asks the Commission to allow lowering satellite altitudes and change other ground station operating parameters in order to improve performance and increase orbital safety by reducing the time failed satellites take to burn up in the atmosphere.

DISH contends, amongst other things, that Starlink will create interference with its consumers by not using one satellite per frequency per area (Nco) to service internet users. SpaceX agreed to modify Starlink's license last week to explicitly state that it will stick to a value of Nco = 1.

But this concession has failed to satisfy DISH. In its latest filing, the company lambasts the Starlink license change and states that SpaceX is duplicitous in its dealings by trying to test the waters by making incremental compromises.

SpaceX continues a practice that has become familiar: do not cede any ground except inch by inch; test how much is enough to gain an authorization by begrudging concessions tiny increments at a time; and still offer assurances that are inadequate to provide any comfort that Starlink’s service will not interfere with consumers’ DBS reception, or any mechanism to avoid or cure such interference 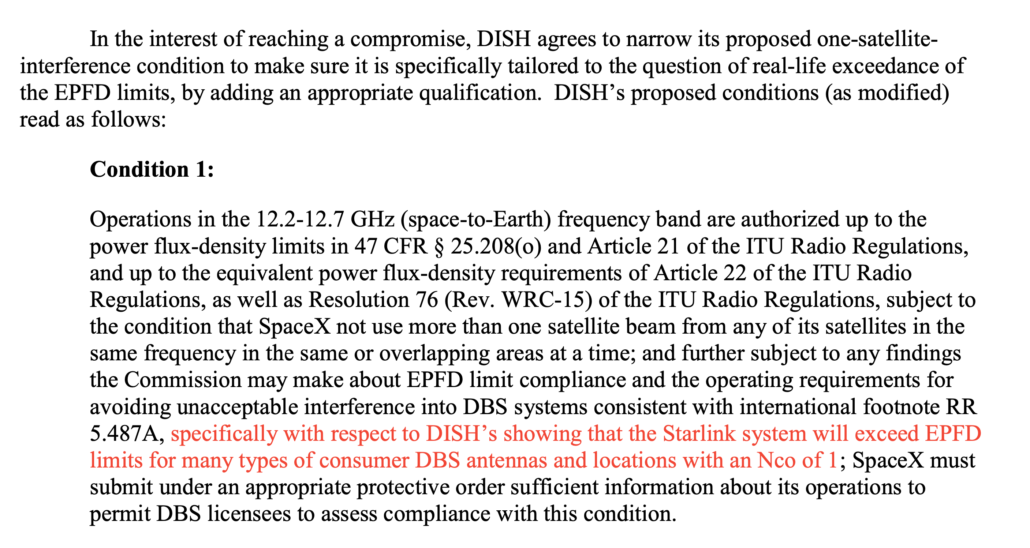 An excerpt from DISH's filing to the FCC on April 20, 2021, with an upgraded modification condition for Starlink's authorization. Image: DISH Conditions Letter filed on April 20, 2021 in FCC File Number SATMOD2020041700037

DISH continues the argument by stating that SpaceX hasn't bothered replying to an updated interference analysis submitted by a third-party analyst contracted by DISH. The television provider had submitted its first analysis in February, where it demonstrated that a Nco greater than one would cause interference with DISH terminals. It then followed up with an updated analysis, claiming to use real-world data to demonstrate that even if Starlink stuck with a Nco of 1, it would still create interference.

It then proceeds to claim that the software approved by the International Telecommunications Union (ITU) is insufficient to determine interference accurately. DISH's third objection, once which it has also previously mentioned, is that Starlink's obligation to provide rural Americans with Internet under the FCC's Rural Digital Opportunity Fund (RDOF) will conflict with its commitment of a Nco of 1. DISH believes that if rural demand requires more satellites, then SpaceX will face a conflict and that the latter has not sufficiently highlighted how it would operate in such a scenario.

In his response to the first set of DISH's conditions, SpaceX's director of satellite policy, Mr. David Goldman, had stated that interference requirements were not required to be evaluated by a third party before deployment. DISH has responded to this by stating that since Starlink is already functional, a legal provision allows data requests for evaluation if a system is exceeding interference limits. The company concludes that since it has demonstrated 'potential' Starlink interference through its studies, it is entitled to receive data from SpaceX.

SpaceX has rejected such requests by arguing that such data sharing will harm Starlink's competitiveness. DISH counters by claiming that the data is necessary to determine whether SpaceX will comply with its concessions and if interference experienced by DISH customers is from Starlink.

Finally, it concludes by proposing another condition in Starlink's license by requiring SpaceX to adhere to any future rulings by the FCC surrounding DISH's claim that even a Nco of 1 is insufficient to mitigate interference in some cases.