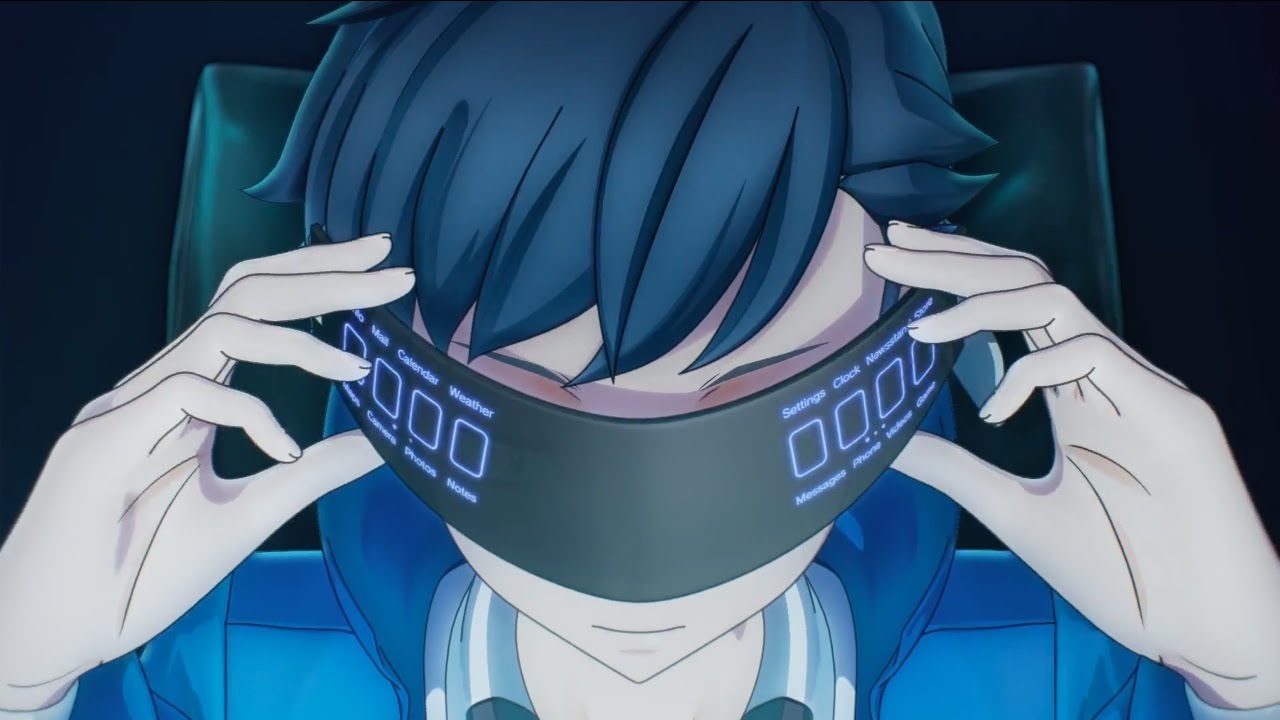 When Digimon returned to video games with Digimon Story: Cyber Sleuth it was a shockingly good return to the digital world - Digimon creatures looked good, the new world and slightly more mature story was welcome, and the battle system played well. Many people claimed it was the direction they wish Pokémon took - a slightly darker, more mature approach to the cute creatures we all know and love. While Cyber Sleuth did a lot of things right, it still had a painfully boring digital world to explore - though I suppose the bland, clinical environments were fitting for a Tron-like digital environment. Well, Digimon Story: Hacker’s Memory is a sequel to Cyber Sleuth, and it takes most of its beats directly from the first game, for better and worse. 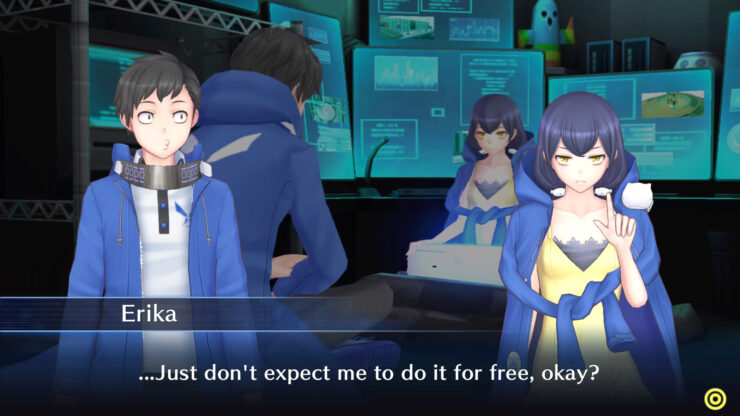 First thing to notice is that you have a much more detailed world to explore outside of the digital one. You have an office, shops, outdoors areas, all ready for you to explore, buy items, etc. The world is nice, surprisingly Persona-like in places - but of course it’s all there to serve the main game, the bulk of the gameplay kicking off once you accept a mission from your computer in the office.

Selecting quests from the PC transports you to the digital world where you can explore, do battle, and even engage in a new grid-based battle system that’s unique to Hacker’s Memory. Here, you and two pals are arranged on opposite sides of a symmetrical grid, and can move up to two spaces - one if the space is at a different elevation. Once one of your team comes into contact with an enemy, a Digimon battle begins. 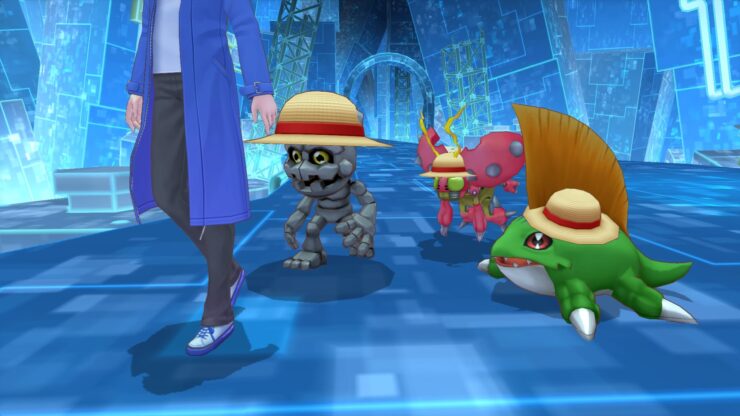 The Digimon battle, regardless of the circumstances that cause it, play out similarly to they did before - you can select Attack, Skills, Guard, Items, and it plays out like you would expect a turn-based battle to. While in this new grid-based battle system, Digimon battles only last for a single turn, before returning to the grid. To win, you must collect points by standing on different grid spaces - in the battle I experience, each space was worth 5 points, and a total of 30 points were required to win. It might take a couple of encounters, but once you defeat an opponent’s Digimon on the grid, they’ll lose a small amount of points and return to their original spawn. This battle system is interesting and unique - I’m interested to see how the full game expands on it.

But there are a few things that make me hesitant about Digimon Story: Hacker’s Memory. While in the digital world, it’s still bland and uninspired - something that will get very boring depending on how much you time you spend surrounding by the same environment. The grid-battle was interesting and quirky, but played out very slowly. And, of course, this game is also being released on the PS Vita, in addition to the PS4 - I hate to be the one to point this out, but of course being released on both systems already limits the PS4 version’s areas and environments to being something the PS Vita can also handle, limiting the overall scope of the game. 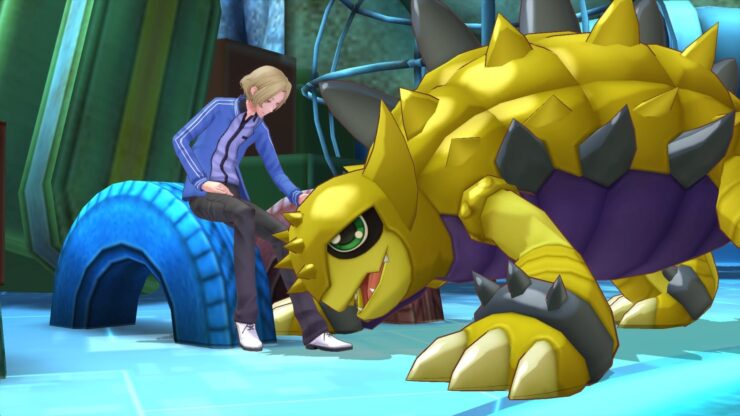 But those are nitpicks, ultimately - Digimon Story: Cyber Sleuth was a great Digimon game with a few issues, and Hacker’s Memory looks like it has learned from those issues and expanded into an even better game. Now we just await the full version to see if this is the Digimon game we’ve always wanted…

The game is due early 2018 for PlayStation 4 and PS Vita.