We have all pretty much become accustomed to our hard drives, relying on them to store our data whenever and wherever we go. But it won’t be long till they can’t keep up with the amount of data we want to store in our fast-paced routines. Buying hard drive after hard drive may feel cumbersome. Which is why, scientists have figured out a new way which may lead to a new generation of hard drives: diamonds!

What exactly is it about diamonds that will enable the creation of a new hard drive? Well, up until now we’ve had CDs and DVDs and HDDs which store information in 2 planes only. What we need is to be able to store information in another dimension, and diamonds may just have a way to do that.

Diamonds are made up of a rigid array of carbon atoms held tightly together by covalent bonds, which is what makes them so hard. However, sometimes they are a victim of a slight defect which causes their atoms to break the array and a carbon atom may go missing. This is known as vacancy. When a diamond is tainted, a nitrogen atom may take the missing carbon atom’s place. This composite defect is known as Nitrogen Vacancy (NV). 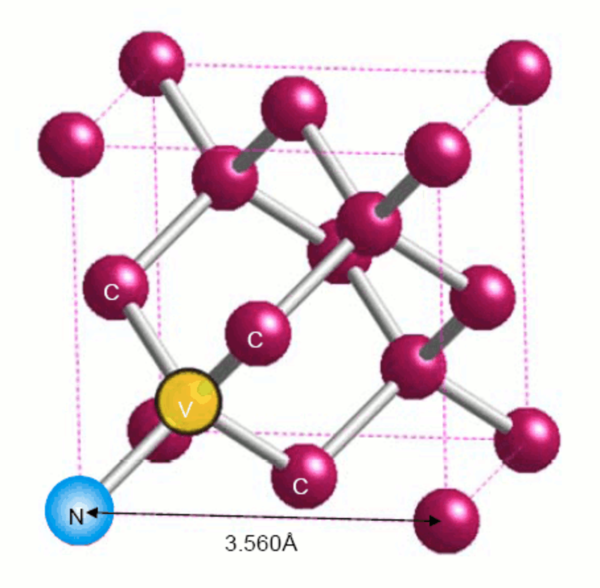 The NVs have the tendency to trap electrons, and even force them out when hit by a laser pulse which is a minute problem. The tendency to hold electrons is of potential benefit, according to the researchers. They consider one NV as a nanoscopic “bit”. If the vacancy has one electron, the bit is a one. If it does not, the bit is a zero. This enables the diamond to act as a storage medium.

Scientists have used the green lasers to trap the electron and the high-powered red laser to eject an electron, technically charging and discharging the defects thus controlling the amount of bits for storage. What’s even cooler is that recent enhancements have enabled the transfer of DVD storage to a diamond storage, and it only takes about 1% of that storage space in the diamond!

This particular property of a diamond may just surpass all forms of technology in terms of data storage. You can read more about it in detail here.