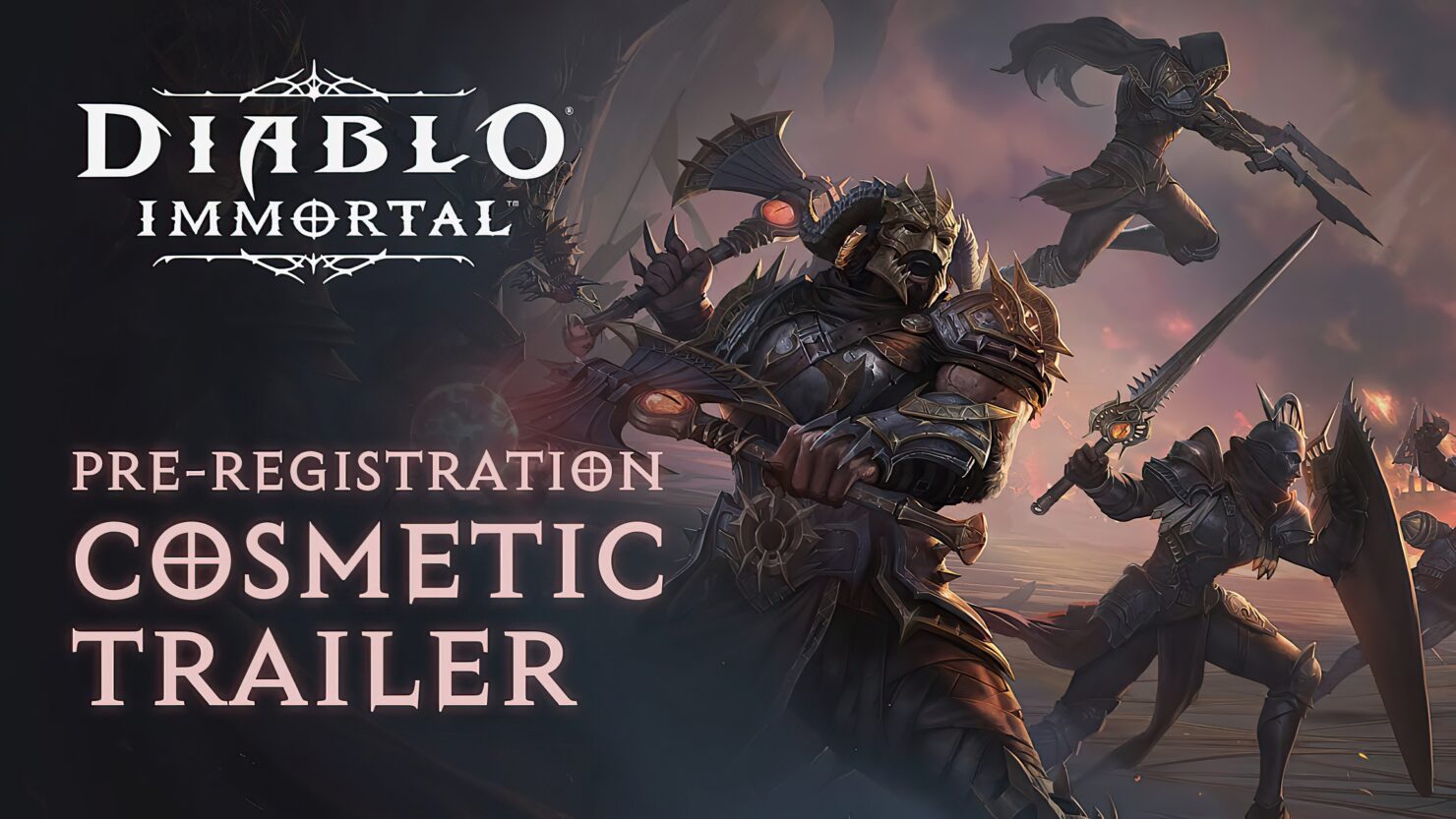 Blizzard Entertainment announced that Diablo Immortal is finally available for pre-registration on iOS and iPadOS devices. To incentivize players to pre-register for the game, Blizzard has revealed that it will give away the Horadrim Cosmetic set to everyone who completes the Diablo Immortal tutorial within thirty days from the game's launch. This includes Android users, by the way, who can still pre-register here.

Modeled after the Brotherhood of the Horadrim, an ancient collective of mages and wizards selected by archangel Tyrael, the Horadrim Cosmetic set blankets those who wear it in gilded excellence. Forged in light for only the most devout adventurers, the set morphs to its wearer’s martial expertise, creating a distinctive look for each class.

The Horadrim Cosmetic set is only one of many cosmetic sets available in Diablo Immortal. These cosmetics are acquired per class, even though they are available for each class. They'll change the outfits and the look of your weapons, and some of them even come with custom animations.

Blizzard plans to roll out a new cosmetic set for all classes on a monthly basis, themed after that month's Battle Pass. The first one will be Ghosts of Ashwold, showcased below on a Necromancer.

There will also be some free cosmetics that can be earned while playing Diablo Immortal. For instance, members of the Immortal PvP faction can wear exclusive cosmetic sets if their Dominance is high enough (and until they're overthrown). Here's an example of an Anointed Immortal wizard.

That's not all. Leveling up your Legendary Gems also increases your Resonance, which in turn makes your gear look more impressive. At the highest level of Resonance, your character will even grow wings.

Lastly, Blizzard said that Diablo Immortal players won't have to worry about having to create alternate characters (alts). Shortly after launch, the developers will introduce a Class Change feature where your character could be switched from a Necromancer to a Monk, for instance, retaining all the progress on Paragon levels. Naturally, you'll have to collect Legendary items appropriate to the new class, but it's still going to be much faster than creating a new character from scratch.

Diablo Immortal doesn't have a release date yet, but Blizzard promises it's coming soon.