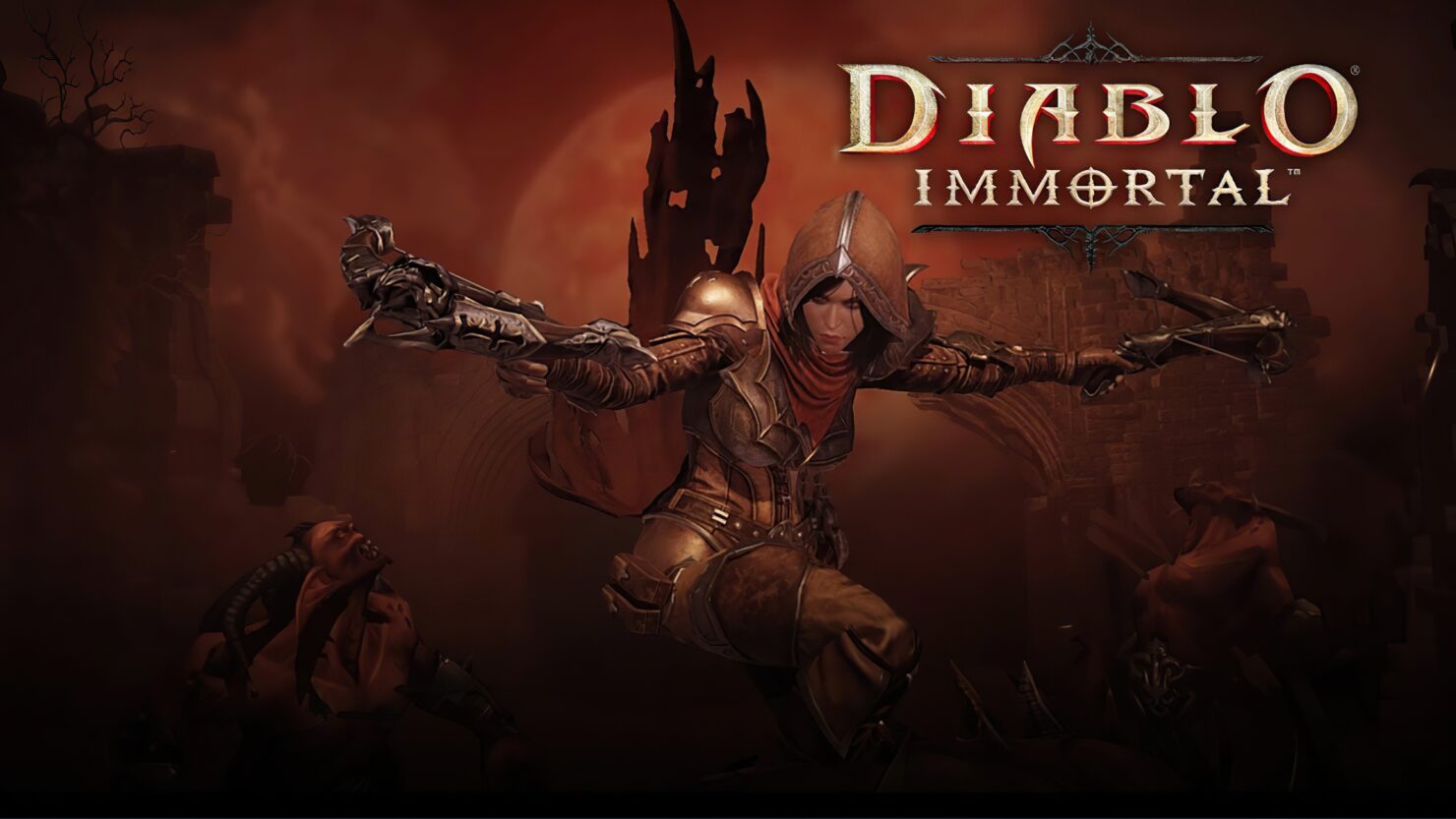 I imagine Blizzard were happy that they didn't have a Blizzcon in 2020. The two preceding years were not good for the company. 2019 featured J. Allen Brack refusing to apologise for kowtowing to Chinese influence and crackdowns on freedoms following the ban - and continued ban - of Blitzchung and passing it off as a "tough Hearthstone eSports Moment". The year before wasn't as bad, though it was still bad when Diablo Immortal's announcement led to raucous boos and the infamous response.

So, provided you guys do have phones, this could interest you. I have a phone, so I can tell you about Diablo Immortal from the time I've been able to have a hands-on during its alpha. Honestly, it's Diablo on a mobile device. 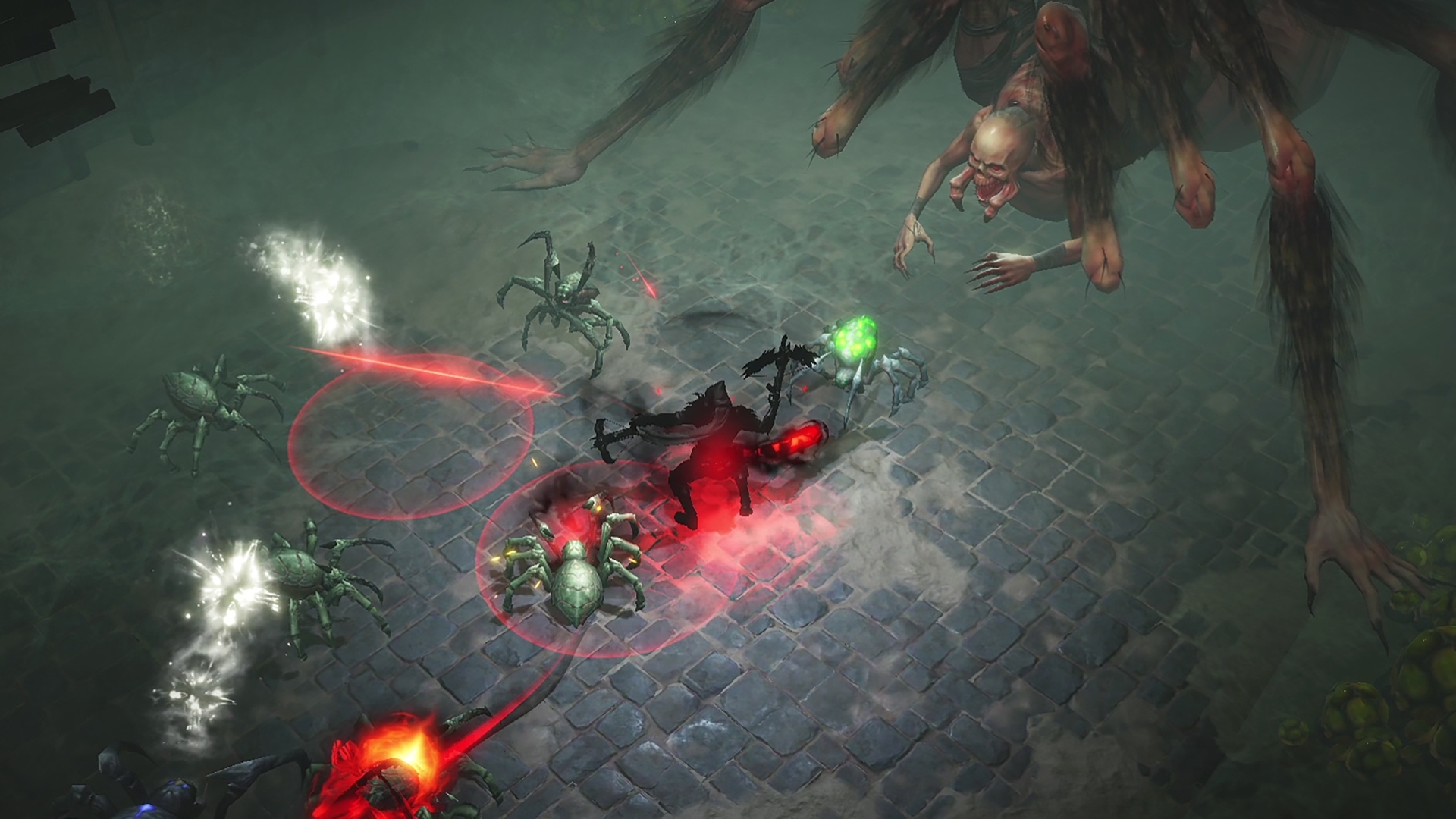 Let's get one major thing out of the way first. Diablo Immortal feels like I'd enjoy it a lot more if I played it on the PC. This isn't so much an issue I have with the way the game plays, more the fact that I'm playing such a game using the digital joystick, pressing digital buttons with no feedback and - something I almost always find with mobile titles - my hands keep getting in the way of the action.

One concern I did have is that the game wouldn't be as good on a mobile device. Would it be limited by the hardware? Would it be slow and sluggish? Fortunately, this isn't the case. From what I have seen, there are some limitations, though nothing has such an impact as to detract from the game. Will you find yourself fighting against dozens upon dozens of creatures on the screen at the same time? Not that I've noticed, though you're going to find yourself in the action.

What surprised me is that the action found here in Diablo Immortal is on par with that of the core diablo titles. Set between Diablo 2 and Diablo 3, the direction has certainly been taken from the latter. Honestly, it wouldn't be a surprise if you came into this thinking it was just a mobile port of Diablo 3, with the usual mobile trappings added in.

While I can't see it now, this is an alpha, after all, monetisation will seemingly come in several ways. There's going to be a battle pass, and you're going to be able to buy items for optimising the reforging your equipment and items that will allow you to add random modifiers to dungeons. This is where my concern when the game is finally released comes in. Will these offer a bigger boost than it first seems and how much value will there be when it comes to the in-game currency? This is a particular concern when there's going to be a player-to-player auction house, supporting the aim for this to be an MMO of sorts. 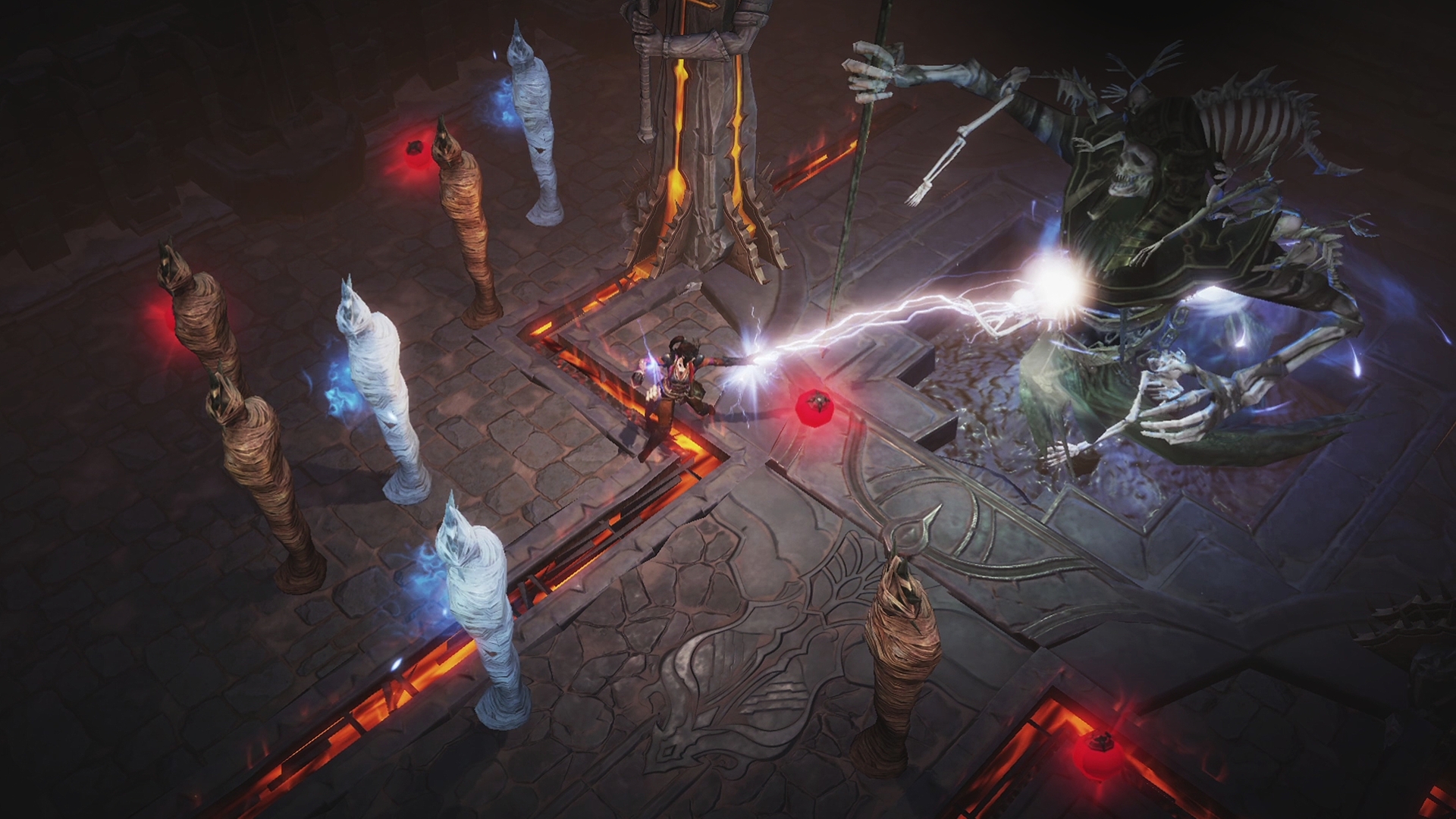 Until Diablo Immortal is released, how P2W it's going to be or just how much grind the game will feature, I can only speculate. So, let's stick to what I know. Playing it on the Galaxy S10 Plus, the game ran great no matter what action was on screen. Plus, it looked good while doing it. Visually, it's just Diablo 3 on a phone. The effects are eye-catching, the animations smooth, and the action frenetic. Even the audio has that satisfying oomph to it.

Things are looking positive. This can't be right. What about the gameplay, surely that's going to be pared so far back that it's no longer Diablo? Not really, no. As I've mentioned earlier, you aren't going to find yourself fighting against the same quantity of enemies as in Diablo 3, but this doesn't mean you're going to be having an easy time of it. I've still found myself hacking away at around eight to ten enemies at the same time, looking at the effects of a rare enemy as well as the effects of their special attacks.

This feels more like a sense of cutting back on the scale but slightly increasing base difficulty. It's something you'll notice right away; even early bosses can put up a challenge. This works well with how dungeons have been made for Diablo Immortal. They aren't exactly bite-sized, but this is a mobile title designed for those who can't always commit to forty-five minutes plus. Some dungeons are longer than others, of course, and with some, you'll even find yourself facing off against multiple bosses as the challenge increases.

You'll also find that the dungeons, all repeatable, are tuned reasonably well depending on how many people you take in. Go in solo or team up with three other people; the game won't ever feel overly punishing. Even better is that there doesn't seem to be any restriction on how much you can grind a dungeon at the time of writing. I have yet to see an energy meter with a pop-up saying you're low, so you have to wait or pop down a few quid to let you play the game part of this game. 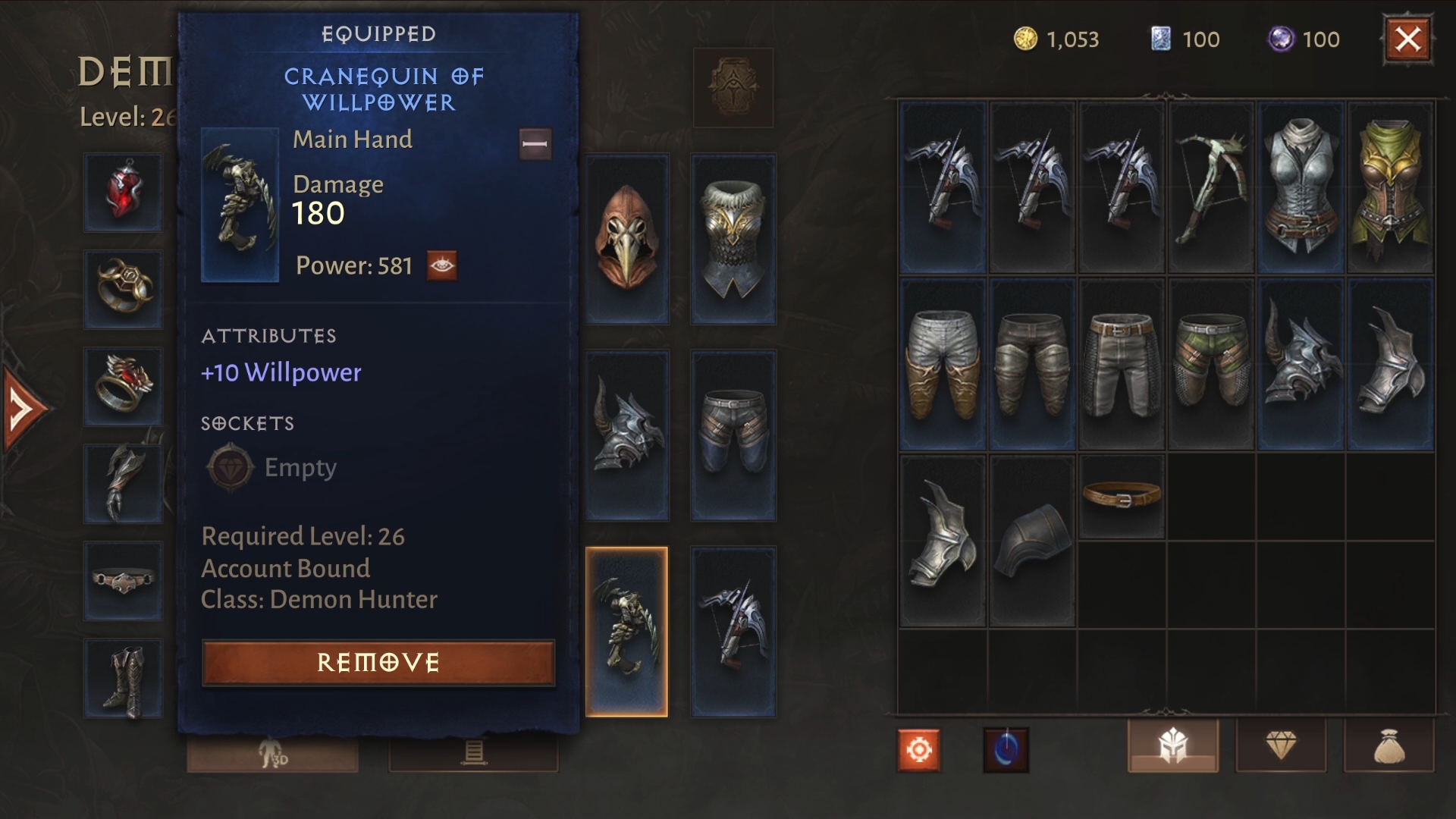 Speaking of playing, what about playing through the story? After that horrible segway, let me say that the story so far has me completely uninterested. You start the game, go back to meet Deckard Cain in Isengard who sends you on a journey to help Mr Tumnus find pieces of the World Stone, shattered at the end of Diablo 2. That's the gist of what I could gather. You'll see and hear names from the other games but, honestly, I'm already bored. Within the first few hours, I found myself thinking "Shut up, I've already played Diablo 3". So, I decided to skip dialogue and have fun.

You'll be doing that by repeating dungeons and opening up rifts to other dungeons. These are the dungeons that the paid-for items can modify. Even without paying, they're still fun and rewarding. They're short, punchy and a genuinely enjoyable experience, even at this early alpha stage. You'll be fighting through to level up, get more gear, develop your character - of which four classes were made available in the alpha, these were the Barbarian, Monk, Wizard, and Demon Hunter - to the cap of 45.

In terms of developing your character, this has been pared back slightly, but nothing too detrimental. In fact, some elements are an improvement. The ability to rank up your equipment with materials is great, giving you the option to extend the life of a particular favourite piece of equipment. Gear is also easily explained with a simple power rating. The bigger the number, the better. There are additional perks still, life-stealing, for example. You'll still have to decide for yourself if two items have a similar rating, but the decision is usually easy.

On your character itself, you'll find your skills can be impacted by certain equipment, but the rune system from Diablo 3 is gone. What does return, however, is the paragon system, though tweaked. The four skill trees are different from that of Diablo 3, with one such tree being Treasure Hunter. Fortunately, as you grow and develop, you'll be able to switch between these depending on the build you need. From what I've seen, it all seems to work well. 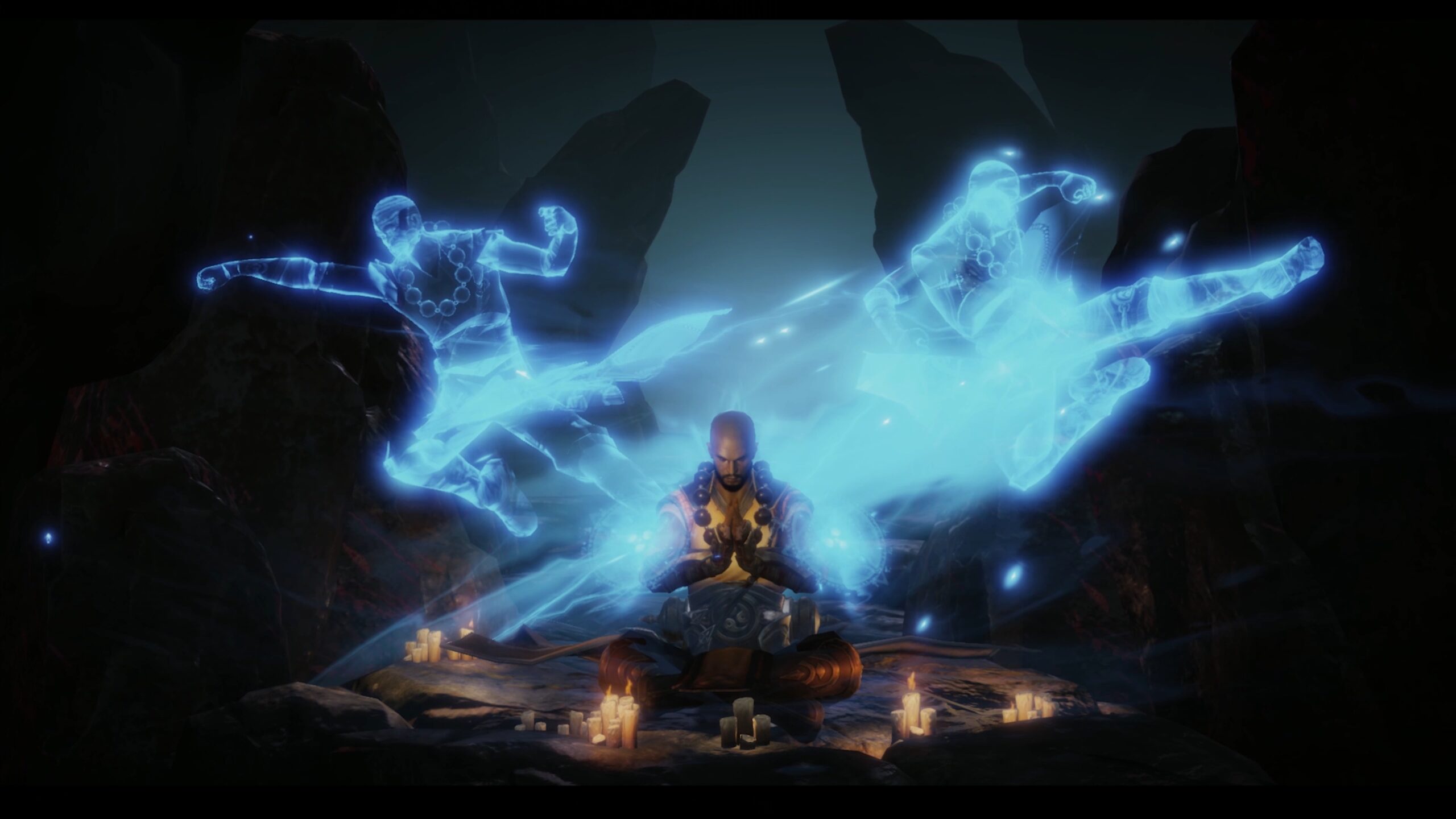 So much of what I've been saying boils down to this: Diablo Immortal is actually enjoyable, except for having to control the game on a touch-screen mobile device. Even in this alpha stage, It feels like a Diablo game. A good one at that. Featuring strong combat and the addictive item-roulette found in all similar games tie perfectly into good character customisation, all in an unmistakably Diablo world and not something pretending to be Diablo.

Will the result be like this? I have to hedge my bets because Activision-Blizzard tends to pull defeat from the jaws of victory with some terrible moves. There's still the chance to ruin the balance, push grinding too far and promote real-money options. There's still the chance of them completely messing up the launch and, like with Diablo 3, making it so people can't access this always-online game. There's also the chance they've learned from mistakes made with Diablo 3 (auction house, launch issues), so time will tell.