Dev: The Technomancer Is Our Deepest & Richest Game to Date, Will Last Up to 50 Hours 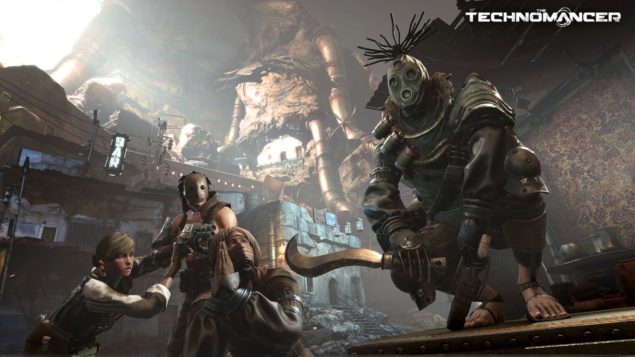 In the second installment of our exclusive coverage of The Technomancer, we delve into the fictional Mars created by French studio Spiders.

One of the main issues of their previous games was easily the fairly cramped playable space, which made a stark contrast when compared to the many open world roleplaying games available today.

It appears like The Technomancer will be a major improvement in this regard, with a larger game world and a lot more content than Spiders managed to fit in their previous titles. CEO Jehanne Rousseau said:

Mars is a lot bigger in The Technomancer compared to what you saw in Mars : War Logs. We’ve created vast, open areas that allow players to explore their secrets. The game’s world is built around several hubs and cities that can be unlocked - between which you can travel using a Martian rover. With regards to longevity, The Technomancer offers far more than any of our previous games. The main quest has 25 to 30 hours of play to offer, which is easily extended to around 50 hours with the inclusion of side quests. This is 4 times lengthier than Mars: War Logs, and The Technomancer contains around 4 times as many quests as Bound By Flame. This is without a doubt our deepest and richest game to date.

While it won't be a completely seamless world, that can be somehow justified with the travelling needed to go from one sheltered city to another in the inhospitable Martian environment. The longevity itself, while still inferior to behemoths like The Witcher 3 or Fallout 4, should be definitely more than enough for any RPG fan.

Our full interview with Jehanne Rousseau will be published tomorrow, with many more details on The Technomancer. Those interested in the technical info can get it here, though; the game is due for release this Summer on PC, PlayStation 4 and Xbox One.