Deus Ex: The Fall, just can't seem to keep itself out of the internet, after making a debut tweet a few hours ago, the game already has a vine video and now a YouTube video to help create hype for the game, it gets even better when the date on the teasers points to 5th June rather than 10th June, which is quite surprising. The Vine video is very reminiscent of Deus Ex: Human Revolution, as we see the return of the same layout scheme for Human Revolution. The YouTube teaser how ever spices things up with a very interesting line of dialogue! 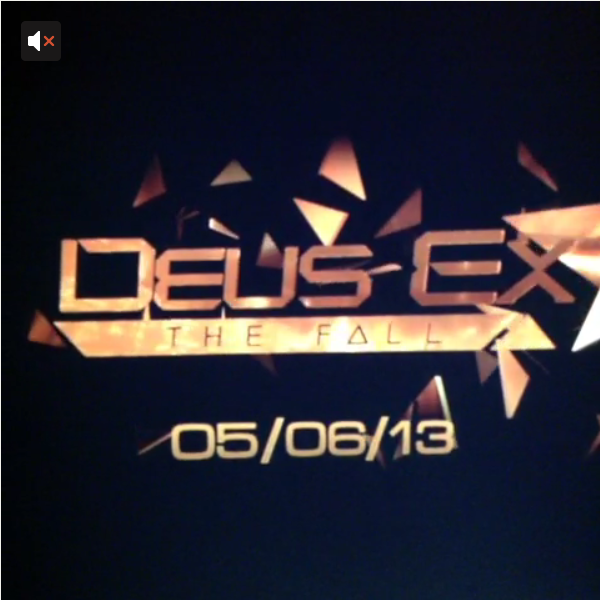 Deus Ex: The Fall is being revealed sooner than we thought, thanks to a combination of YouTube and Vine videos.

Deus Ex: The Fall is a game that is shrouded in mystery, the game has no proper details surrounding it and definitely is a new entry into the series, Yesterday we saw a curious tweet released by Eidos Montreal asking if we were ready to take "The Fall" .

The Latest Vine video asks us "Where will YOU take The Fall?"

If the above Vine video isn't enough, then this YouTube video ought to make you more curious when a person in the teaser asks if "are you ready to begin?"

As you can see, Deus Ex: The Fall is set for a much earlier reveal than we had anticipated, the game will be revealed on June 5th 2013 and until then further details surrounding the game are still a mystery.

Deus Ex: The Fall, seems like a very curious game, Human Revolution was a breath of fresh air and a truly amazing game, albeit the boss fights and endings could have been better tackled, but perhaps this time around Edios Montreal has learned from past mistakes and will work on making them better.

What do you expect Deus Ex: The Fall to be? Prequel, Sequel?