Detroit: Become Human is the Next Game from Quantic Dream

Detroit is already not necessarily the nicest places on the Earth, having been hit rather hard with economic difficulty. But in Detroit: Become Human, it's not only the epicenter of the automobile, but also of the life-like android. The makers of Heavy Rain are taking on Detroit and using it as an almost light cyber-punk background.

Explore what it means to be human in Detroit: Become Human, the next fascinating title from Quantic Dream.

Detroit: Become Human is an expose that follows the journey of Cara as she finally exists the factory from whence she came. Cara seems to feel and have thoughts that differ from the other androids around her, making her beyond a simple android, though perhaps not quite human yet. So we get to help along this harrowing journey to become human.

This is an interesting continuation of the short demo, Cara, that was shown in 2012 to showcase new technologies. Though it was a mere demo, it evolved into a complete game in and of itself.  A game with a story that is on par with the other projects that have come from Quantum Dream in the past. 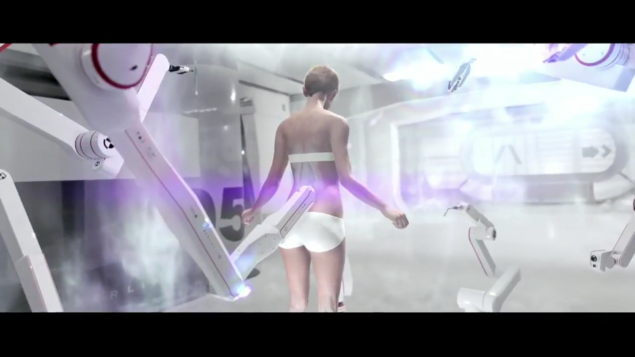