Destiny’s House of Wolves add-on gets a launch window

In the latest "Bungie weekly update" Community manager David Dauge said that the second expansion for Destiny, the House of Wolves, is coming out sometime during the second quarter of this year, meaning anywhere from April 1st to June the 30th. 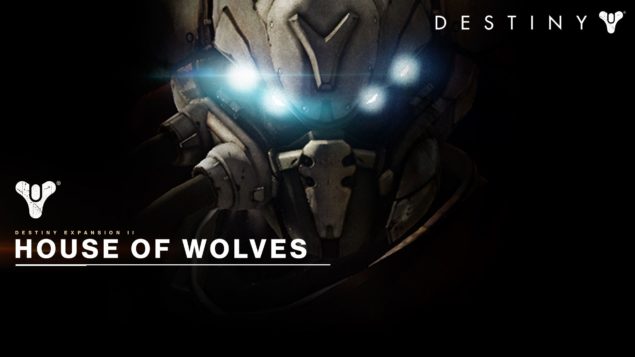 House of Wolves will launch in Q2, between April 1st - June 30th.

"We’re keeping all other details under wraps for now. There is a special team here that's dedicated to creating some new ways for you to play Destiny. They’re also making the game you know a better reflection of what we’ve learned about you since you’ve started playing. While they do their thing, we'll walk the fine line between making you a part of the process and providing them with a safe place to explore possibilities and do their best work."

Earlier this week information about the House of Wolves expansion leaked in the form of a Reddit post where a Destiny player managed to dig up some in-game item details, such as new pieces of Crucible and Vanguard armor for the Warlock, Hunter and Titan classes, as well as a bunch of new guns and rocket launchers. Bungie pretty quickly stated that players should not get too carried away with the leaked House of Wolves details, and that any item details such as stats and the likes should be considered "placeholder".

Seeing as Bungie yesterday announced the Q2 launch window one can assume they wanted to clear up any and all rumours , since among the leaked content there was a suggested release date for House of Wolves in the Reddit post, and it was the 19th of May.

From the previously mentioned Reddit post "I found a way to access part of "House of Wolves." I was able to access vendor weapons, vendor armor, and part of the story.As a result of my analysis, I found that "House of Wolves" is set to unlock on 5/19/15. Furthermore, within the next 4 weeks, I believe a patch (1.0.9) will be released."

Going back to the Bungie weekly update, David also stated that they were planning something for this fall, and in Bungie's Original contract with Activision they were obligated to release a downloadable expansion, codenamed "Comet", in between major Destiny game releases. Furthermore in a recent investor call, Activision referred to a "major content release coming in 2015" for Destiny. So this could possible be quite a large expansion that's coming this fall after we have gotten House of Wolves in  Q2.