Update: Destiny Xbox One Beta gameplay clips have been removed from online video streaming sources, but you can still download the two clips from the links given below. Each clip is about 10 megabytes in size so it won't take much long to download.

Original Story: Destiny is an upcoming most anticipated always online action role-playing first-person shooter video game developed by Bungie, the studio responsible for the birth of the multi-billion dollar Halo franchise. The game is currently in its development and testing stages, and it is expected to launch on launch on September 9, 2014 for all major video game consoles except Nintendo Wii U. There is still some time before we get our hands on Destiny Beta for the Xbox consoles, but it looks like some folks are already enjoying it. 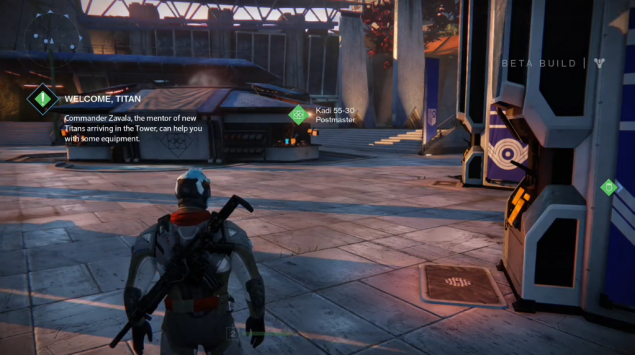 If you are a Halo fan, you might be able to attest that when it comes to carting jaw dropping in-game environments at massive scale, Bungie knows how to put things right. Destiny is one of several other video games by the developer which make you completely forget the real-world nature. The game is an open-ended first person shooter title that combines Halo-style shooting with role-playing game mechanics.

Destiny has now entered its testing stages. Bungie first launched the Alpha version of the game that ran from June 12 to 16 exclusively for PlayStation 4 players, and according to the reports, more than 6 million games were played during the Alpha test period. The game is about to enter its Beta testing phase now. Destiny Beta will launch first on the PlayStation 4 and PlayStation 3 console and players will be able to enjoy it starting from 1 p.m. EST July 17, and at the same time on July 23, the Xbox One and Xbox 360 users will also gain access to Destiny Beta. The Beta will end on July 28 on all platforms.

We are still about a couple of weeks away from getting our hands on Destiny Beta on Xbox platforms but it looks like apparently someone is already enjoying the Beta on Xbox One console, as two clips were leaked on the internet today, making up roughly a minute of Beta gameplay footage. The clips look quite authentic, especially because they were posted on XboxClips, which takes the videos directly from Microsoft's systems, and they cannot be manually uploaded.

Check out the Destiny Beta Xbox One gameplay clips directly at the following links before they are removed: Video 1, Video 2. Note that the clips have rather a high degree of compression lowering the quality of visuals because they were recorded with the GameDVR feature of Xbox One. Looking at the clips, one thing is for sure, Destiny Beta looks definitely great on Microsoft's console as well. The clips are also embedded below.