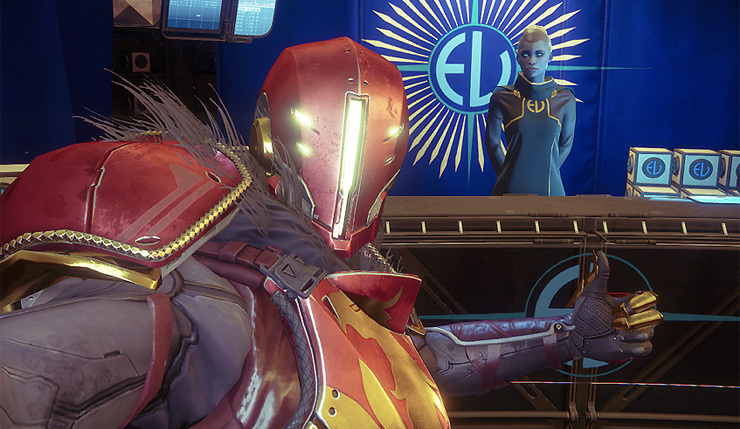 Destiny 2’s already slightly-baffling array of loot boxes and microtransactions are about to get a little more complicated. Earlier this year, Bungie promised to change how Destiny 2 players earn cosmetic rewards, with an eye toward providing a more predictable way of earning specific items, and they’re delivering (sort of) with the new Prismatic Matrix.

Basically, the Prismatic Matrix will offer a set list of 10 items each week. When you unlock an item using the Prismatic Matrix, it will be knocked off the list, so, if you activate it 10 times in a week, you’re guaranteed 10 new items. Sounds good, but there’s a catch. The Prismatic Matrix is activated using Prismatic Facets, and you can only earn one of them via gameplay per week – if you want more, you’ll have to purchase them for 200 Silver ($2) each. So, yes, the this will reduce duplicates for those willing to shell out for Silver, but probably won’t be of much use if you’d rather avoid microtransactions. 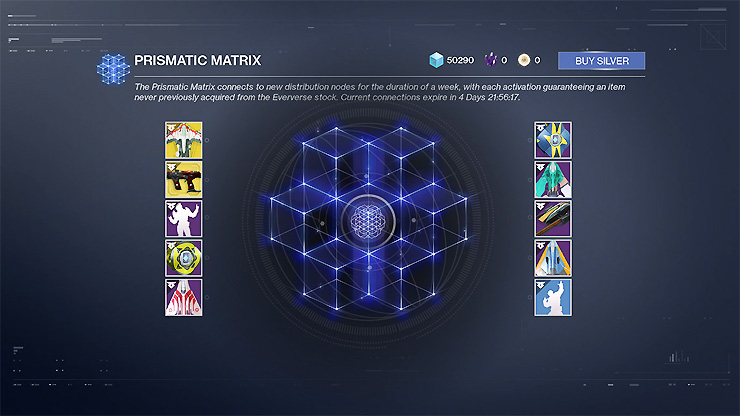 Here’s a more detailed description of the Prismatic Matrix courtesy of Bungie:

The Prismatic Matrix will feature 10 Eververse items from Season 3 each week it is active. Each item within the Prismatic Matrix is on a knockout list, which means every player is guaranteed to receive all featured items for a given week by the tenth activation. Earning items via Bright Engrams, Bright Dust, or previous Matrix activations will also knock rewards off the list. In turn, each activation guarantees players an item that they have never previously acquired.

With your first well-rested level-up each week, you’ll earn a Prismatic Facet, allowing one free use of the Prismatic Matrix. Prismatic Facets stack up to 3, so make sure to have proper inventory space before earning a rank-up on a given week. Players can also purchase more activations for 200 Silver each. Players may continue to earn Bright Engrams each time they level up, and they can still purchase these engrams if they want a chance to get everything from the Season 3 catalog.

What do you think? Is this a meaningful improvement to Eververse, or an empty gesture?

Destiny 2 is available on PC, Xbox One, and PS4. The Prismatic Matrix will debut in Season 3, which kicks off on May 8.