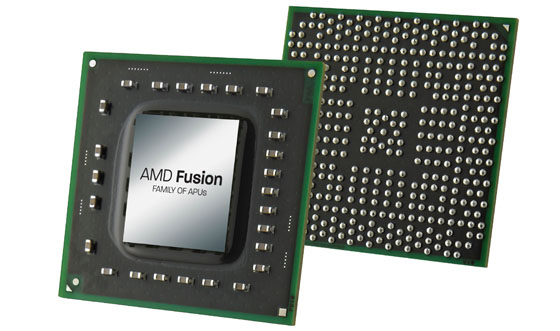 An AMD Trinity APU sample and A85 chipset based motherboard have been exposed by the guys at Expreview. AMD's Trinity is currently available in the form of mobile chips, though the desktop parts are scheduled for launch sometime late around Q4 2012. 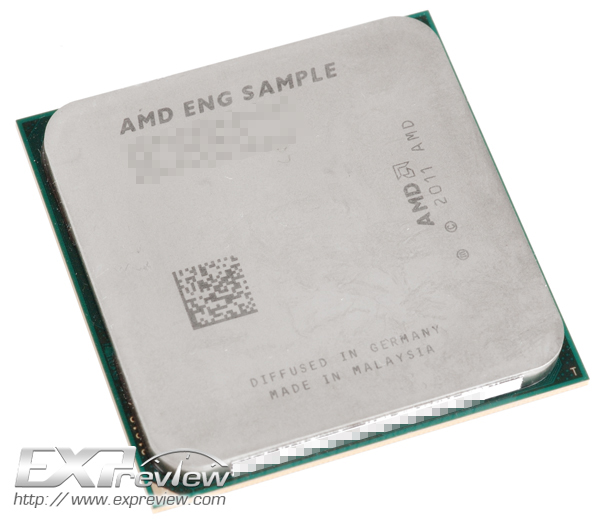 Expreview gave a sneak peak at one of the Trinity's Engineering Sample which could very well be an Trinity A10 Series APU. Which exact model and specs are currently unknown but we do know that Trinity would feature upto four x86 Piledriver modules along with an HD7000 series IGP based on the VLIW 4 Architecture. With the new architecture, AMD would allow the use of Eyefinity for Multi-display support through the build in IGP. 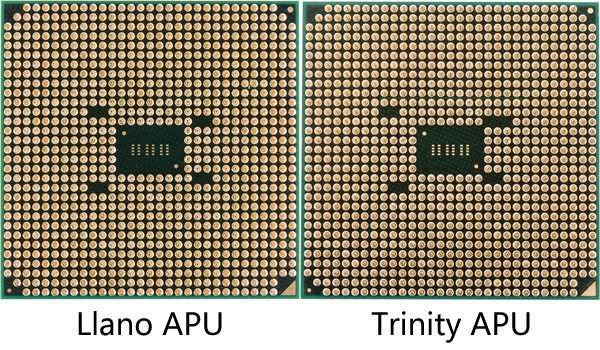 Supporting the APU would be the new FM2 socket boards with the latest A85 chipset, Although there's a difference of only a single pin between Llano and Trinity but the latter still remains incompatible with the past FM1 socket boards. 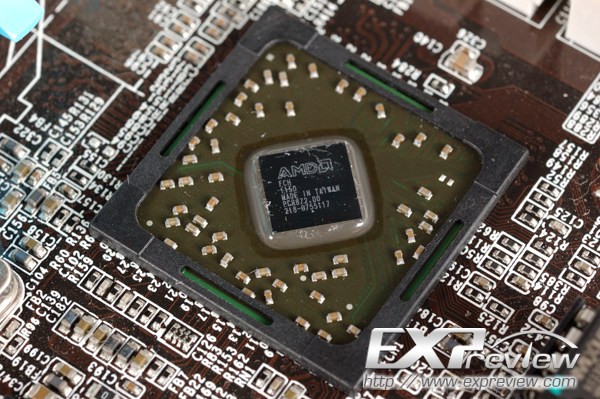 FM2 Socket boards featuring the A85 chipset would feature four native USB 3.0 and 8 native SATA 6Gbps interface. The site also did show an A85 chipset board made by manufacturer Onda which features a M-ATX design form. The board is powered through an 8 Pin connector running an 5 Phase VRM utilizing an all solid capacitors design. Two DDR3 memory slots allow for dual channel memory configuration and powered by their own PS. 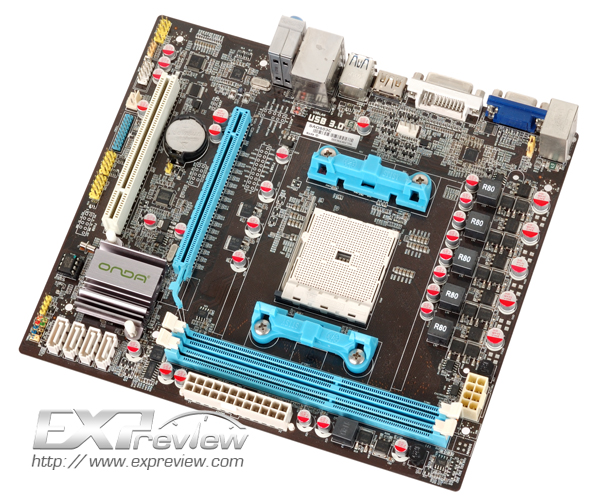 Expansion slots include a single PCIe x16 and PCI slot. Storage includes four SATA 6GBps connectors while a heatsink near covers the A85 chipset.

The motherboard would be launched in the upcoming weeks at an price range of $75-$80.