The DeLorean DMC-12 Is Coming Back From The Dead And It Will Be Amazing! 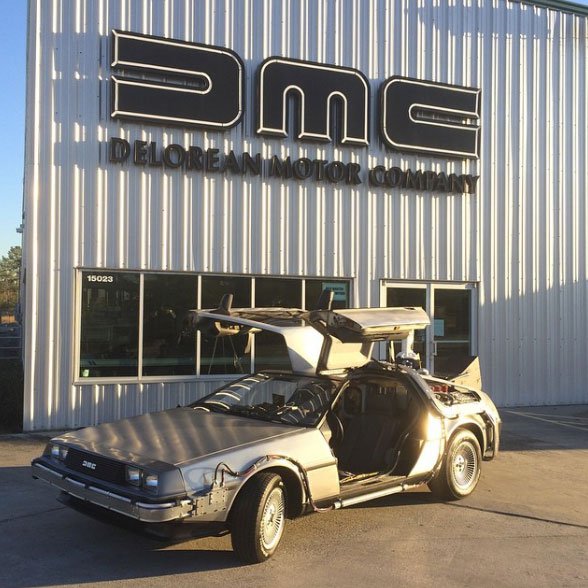 Great news for all Back to the Future fans as the famous time machine the DeLorean DMC-12 used in the trilogy is coming back from the dead. The DeLorean DMC-12 is one of the most iconic cars of all times, with its stainless steel body and gull-wing doors you wouldn’t miss it from a mile. The production of the DeLorean DMC-12 stopped in 1983 but according to recent reports a new batch will be available in the market next year. The original DMC-12 was manufactured in Northern Ireland but the new batch will be made in the US. As the whole company was reborn on January this year in Humble, Texas United States and is called the DeLorean Motor Company (DMC). The new DMC announced in January that it would be building new DMC-12 cars in early 2017 and they would cost just under $100,000.

DMC Texas made an announcement back in 2007 that it would be rolling out a very limited number of the DMC-12 in 2008. But they were sued by John DeLorean’s widow on the charge of theft of intellectual property. The lawsuit was settled by a payment of an undisclosed amount in 2015. And now according to a new law called the “Low Volume Motor Vehicle Manufacturers Act” (H.R. 2675)” DMC Texas can officially start using all the old parts it received from the company to manufacture new DMC-12 cars.

The cars will definitely have a modern look but the company is yet to disclose exactly how they will look. According to a report from Jalopnik, who spoke with DMC’s VP the engine front-runner:

“is a normally-aspirated V6 making between 300-400 HP. This seems to be the non-American company, and while the company wouldn’t comment, it may well be Japanese. It may be Toyota, but that’s just a guess.” It will also have “bigger wheels, bigger brakes, and shocks from ‘a famous German supplier.'”

The company is not breaking their silence on the specifics of the new DMC-12’s but they did write a blog. It was to denounce all rumors that were circulating on social media sites and the internet in general in which people were claiming that an image of another car was actually the new DeLorean DMC-12. Here’s what the company had to say about this: 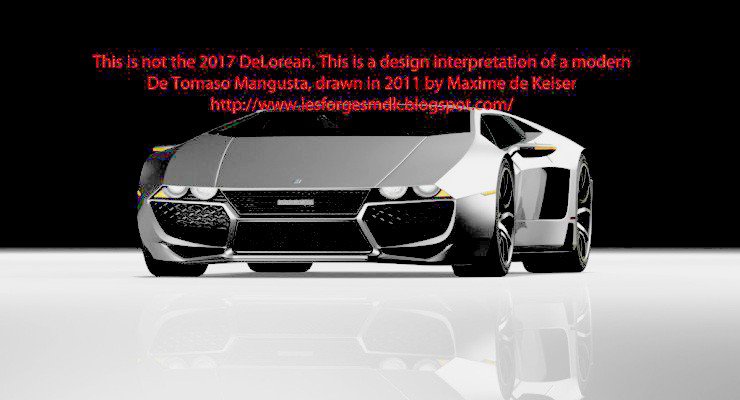 "While the written content of some of the linked articles is fairly accurate, the photo (shown below) that has most often accompanied it is not, by any means, an accurate representation of the planned production car."

"The car illustrated above was drawn in 2011 by designer, digital artist and illustrator Maxime de Keiser as a modern interpretation of the De Tomaso Mangusta. Sometime after these photos were originally posted in 2011, someone added some DMC/DeLorean logos and claimed that it was the “new” DeLorean."

"The federal law that was passed in late 2015 that allows for low-volume production here in the USA states that the only cars allowed to be built under this legislation are those that resemble production vehicles manufactured at least 25 years ago. Therefore, the planned 2017 DeLorean will resemble the original 1981-1983 DeLorean models."

The new shape may be better but old is gold, take a minute to indulge in nostalgia of the old DeLorean.

As soon as we get any more updates regarding the new shape of the car and any other details we will let you know. Till then let us know what you think about this in the comments below.