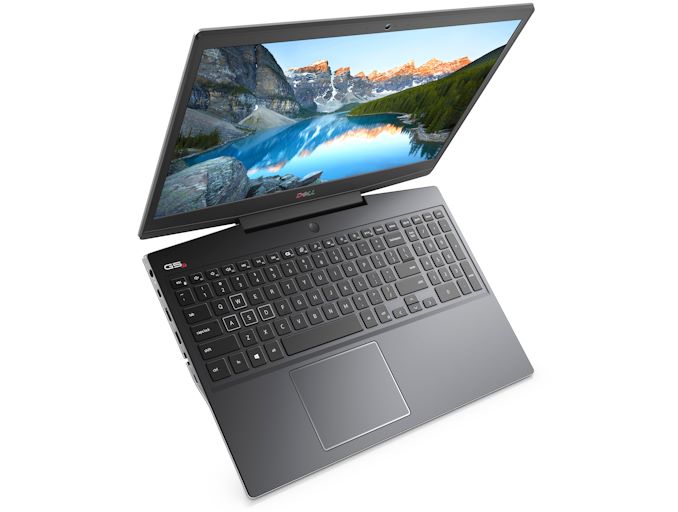 The G5 15 SE Ryzen laptop, like other AMD Ryzen 4000H-based laptops, uses AMD's SmartShift technology to dynamically shift power between the GPU and CPU to get as much performance as possible. Along with AMD's SmartShift technology, this PC comes with the Alienware Command Center software that allows for more performance customization as well as custom gaming profiles.

For cooling, this laptop has multiple air inlets to help keep low thermals, ensuring stable operation even while under heavy load. To ensure that amazing performance is viewed in all it's glory, this laptop is equipped with a 15.6-inch Full-HD panel with a refresh rate of up to 144 Hz. This display also offers support for AMD's FreeSync Technology.

This Laptop can come equipped with up to a 1 TB SSD as well as a 2 TB 5400 RPM hard drive, that a large amount of storage is perfect for a Steam game library. Along with a large amount of storage, this laptop is expected to feature loads of DDR4 RAM.Dell's G5 15 Special Edition Ryzen's IO is expansive, having Wi-Fi, Bluetooth, USB-A ports, USB Type-C port, an SD card reader, and a webcam that has IR sensors.

The overall design is a bit unique; the hinge which connects the lid to the base is in the center of the device. This has the screen on either side, not touching the base. This design is further accentuated by having the G5 logo placed on the backside of the hinge.

Dell has plans to make the G5 15 Special Edition Ryzen gaming laptop available in early April, and Entry-level configurations are presumably based on the Ryzen 5 4600H with an integrated Radeon GPU (according to the Anandtech article). This configuration is expected to cost $799, where higher-end configurations will be more expensive.