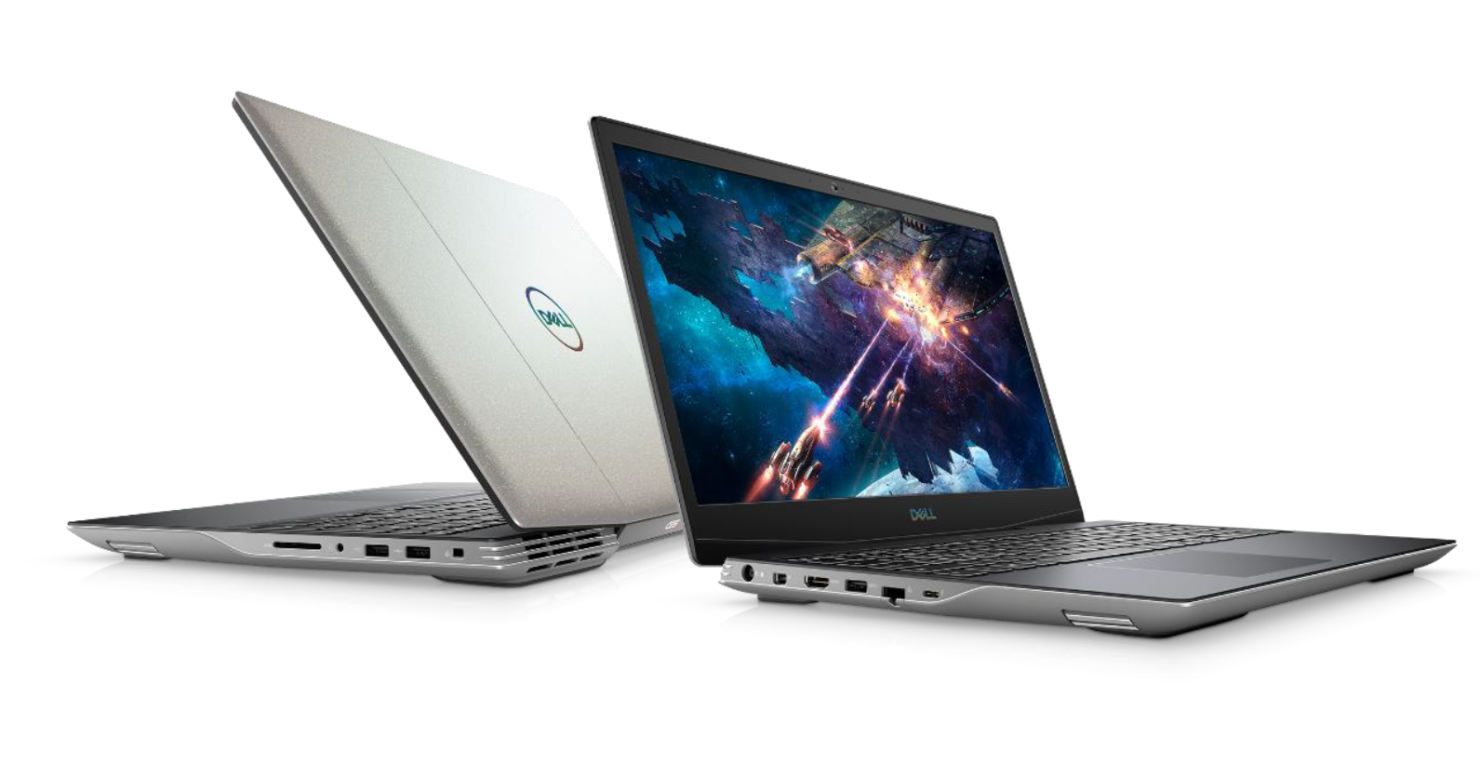 Dell has finally launched its all-AMD powered G5 15 SE notebook which features the latest Ryzen 4000 CPUs and Radeon RX GPUs, making it the first full AMD design from Dell. Announced back during CES 2020, the Dell G5 15 SE (Special Edition) uses the latest hardware components from AMD and packs it in a 15.6" design.

Before we take a look at the technical bits, let's talk about the design of the Dell G5 15 SE. It comes in a stylish supernova silver color scheme with iridescent accents on the front that looks gorgeous. The laptop has a 15.6" design and comes with a full-sized, backlit keyboard. A large trackpad sits in the lower section which isn't entirely in the center but moved slightly towards the left. You should expect solid cooling performance with two large exhaust vents at the rear blowing hot air out of its chassis.

With the design detailed, its time to talk about the core specifications. The Dell G5 15 SE features three AMD Ryzen 4000 'Renoir' CPU options to select from, these include:

All three CPUs mentioned are 45W designs with the Ryzen 9 and Ryzen 7 options offering 8 cores and 16 threads while the Ryzen 5 4600H offers 6 cores and 12 threads. It's surprising that Dell did not go with the 35W 'HS' parts but I believe they've their own reasons for selecting the standard 45W CPUs.

The GPU side is powered by the AMD Radeon RX 5600M discrete solution. It makes use of the Navi 10 GPU, featuring 2304 stream processors, a 6 GB GDDR6 memory that operates at 12 Gbps along a 192-bit interface, delivering a cumulative bandwidth of 288 GB/s. Dell hasn't stated the GPU clock speeds but it should be running at around 1200-1300 MHz at stock. Display options include a 1920 x 1080p full-HD LED-backlit panel with a 60 Hz or 144 Hz refresh rate.

Other core technical features include up to 32 GB (DDR4-3200) memory capacities. Storage options include either up to a single 1 TB M.2 SSD (Class 40) or a dual-storage option featuring two 512 GB M.2 SSDs. The laptop features two options for the battery too with one variant housing a 51WHr (3-Cell) battery and a 68 WHr (4-Cell) battery. All of it is powered by a 240W AC adapter. The base Dell G5 15 SE config will weight in at 2.5 kg. 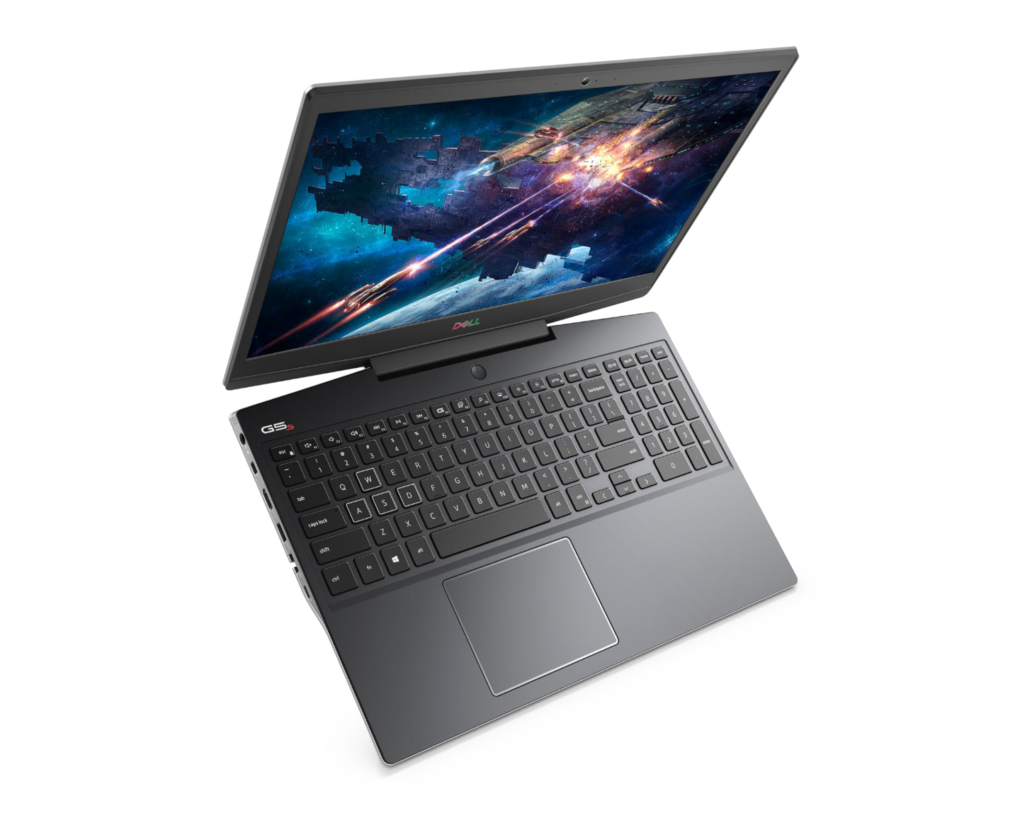 For connectivity, you get a range of options such as 1 USB 3.2 Gen 1, 1 USB-C with DisplayPort Alt mode, 1 HDMI 2.0, 1 miniDP, an RJ45 LAN port, SD card slot, and a headphone/mic jack. The audio is powered by Nahimic 3D. You also get an integrated HD (720p) webcam. The Dell G5 SE is said to be available on the 21st of May, pricing has not been mentioned yet but expects under $1000 US for the base configuration. 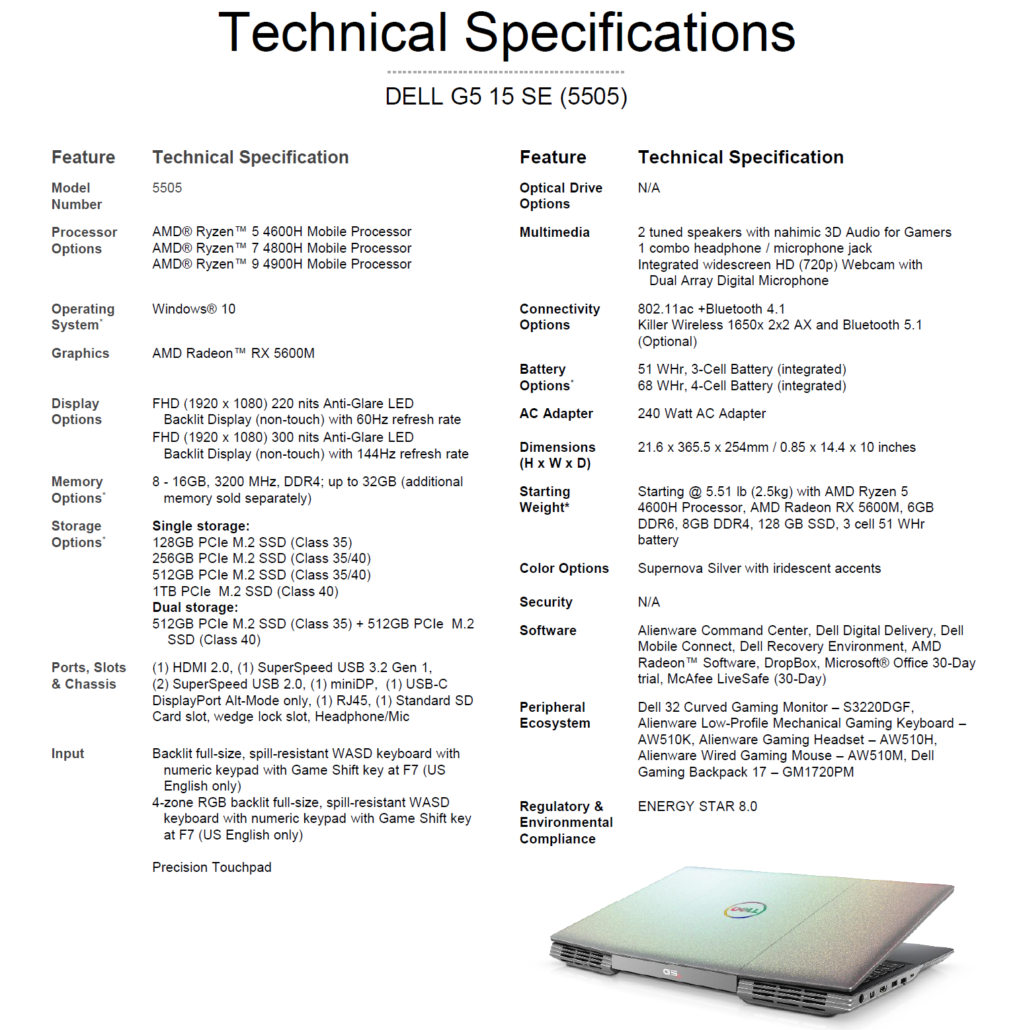