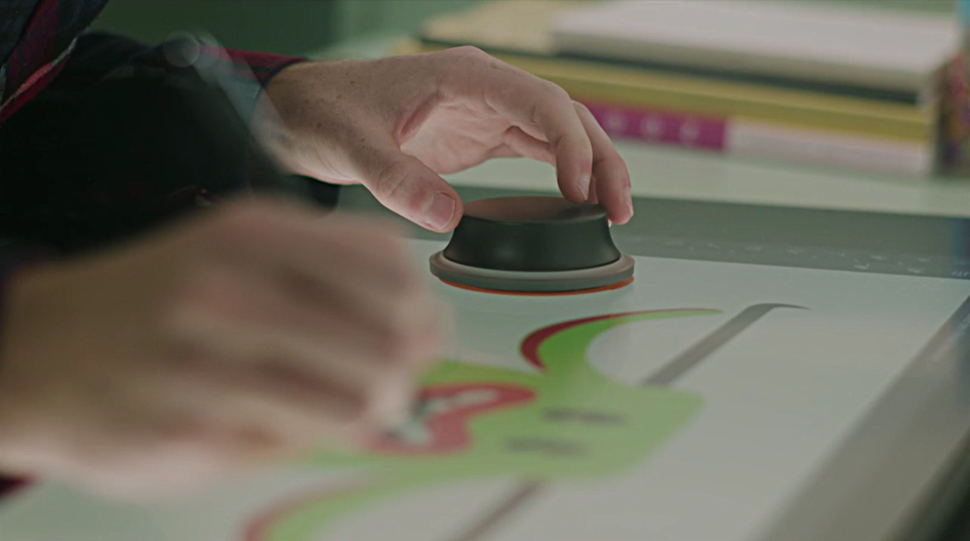 Dell is not resting in the background at all as the company has teased its very own Surface Studio like PC, complete with a touch-screen as well as Surface Dial like input device.

Microsoft announced its one-of-a-kind desktop PC, the Surface Studio, over a week back. While one may accuse the Redmond giant of taking a few cues from Apple's book in terms of design, but nonetheless, Microsoft's offering has a lot of unique features of its own. For starters, that display is absolutely killer, and the Surface Dial is an amazing tool for designers. All in all, Microsoft has done a great job with its new PC.

A job so well that Dell couldn't resist holding back from creating something similar.

Now, given how early this teaser has been released by Dell (at the Adobe MAX conference) it has no name or model whatsoever. But we do get to see awful lot of similarities when compared to Surface Studio. There's a huge touch-screen display. It even has a 'stylus' for drawing on that gigantic display. But the thing that caught our attention the most was the Surface Dial-like input gadget.

We're quite certain Microsoft won't mind this Dial 'inspiration' at all though. After all, Windows chief Terry Myerson was open to the idea of allowing partners to utilize its technologies to incorporate them in their own hardware. So yes, this Surface Dial like accessory shouldn't be too much of a surprise for everyone.

Regarding the keyboard and mouse, there seems to be none. Instead, it seems as though Dell is relying completely on touch input as well as a virtual on-screen keyboard and a mouse. But the cool thing here is that Dell's Surface Studio incarnate has two displays - the regular one and another that lies in front of the user for most interactions. It just remains to be seen how designers will go about the lack of keyboard in many situations.

Check out the video below and see what Dell is cooking up in its design lab.

Dell's PC looks quite promising in a lot of ways. But if the company goes down the route of pricing it way too high, then it might prove to be a massive deal-breaker. Besides, $3000 for a Surface Studio, that too for the base model, is just way too much money for the average consumer. Maybe Dell can tackle things with some sane pricing here.