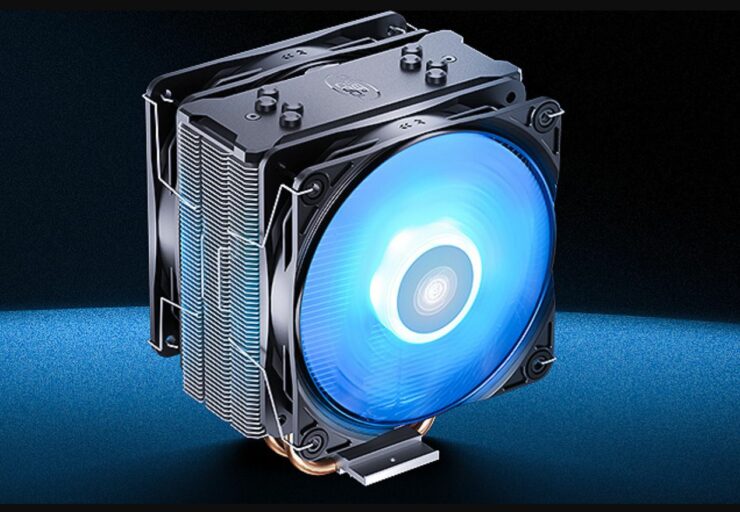 DeepCool launches the GAMMAXX 400 Pro Tower-type CPU cooler that is very similar to the GAMMAXX 400 EX CPU cooler that was announced in May. This CPU cooler features more dense cooling fins and 2 LED fans being added. These additions offer more enhanced cooling performance without affecting case and RAM compatibility.  Sadly, DeepCool hasn't released pricing or availability information at this time.

This new CPU cooler features some fantastic upgrades, some of these include additional dissipation fins. The GAMMAXX 400 Pro CPU cooler's base adopts Core Touch technology to dissipate heat more efficiently. These additional fins increase the total number of cooling fins to a total of 56 fins, which is increases the total surface area by 20% when compared to single fan models. This heatsink is attached using a total of four high-performance sintered copper heat pipes. These copper heat pipes are positioned explicitly to dissipate CPU heat most efficiently. 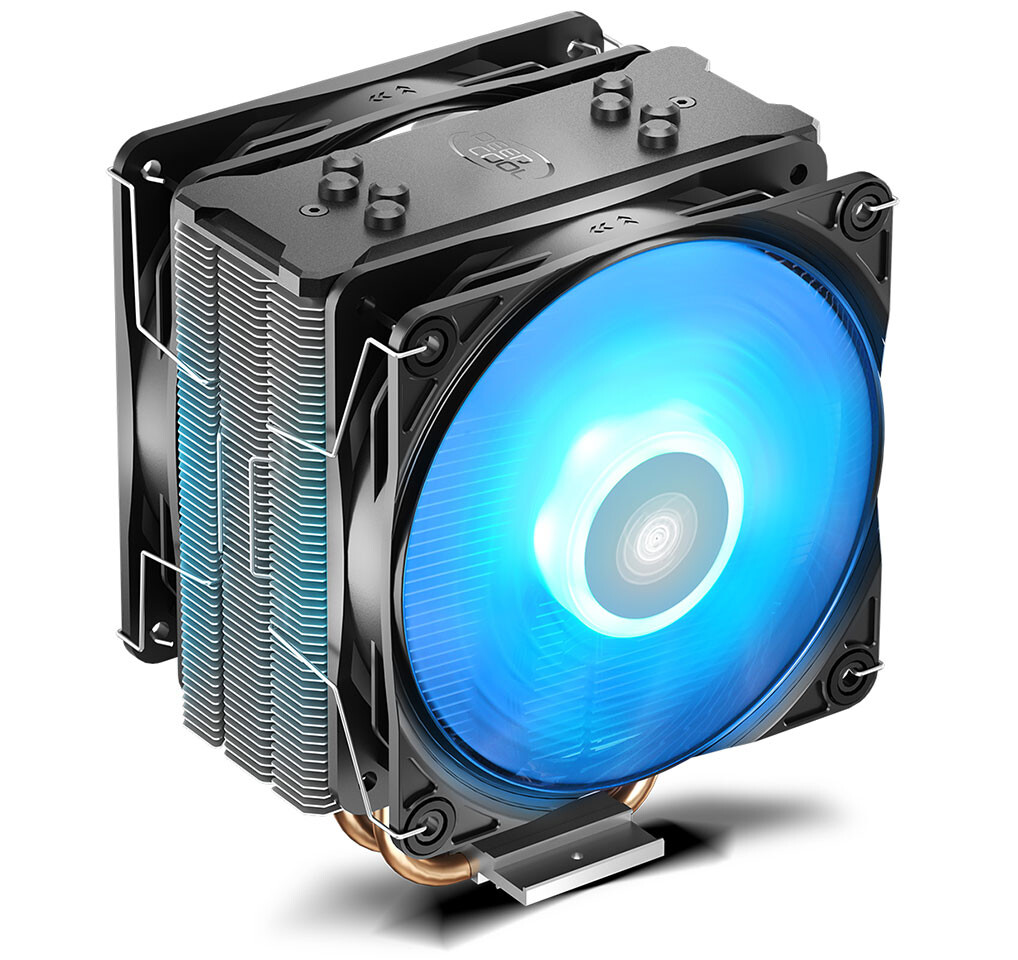 The top of this heatsink also features a cover for the heatsink. This heatsink features a black top cover, which gives your computer a unique appeal, and this top features Deepcool's logo in a glossy black while the rest of the cover features a matte black color. This allows for your PC to stay not only cool but also stylish!

Included in this heatsink's package are two 120 mm PWM fans, these fans feature Blue LEDs. These fans offer fantastic aesthetics while keeping the heatsink cool. These fans utilize a Hydro Bearing to provide a tremendous airflow of 64.5 CFM while making very little fan noise. The maximum fan noise created by these fans is just 27.8 dBA. To connect these fans to the motherboard, the fans utilize a 4-pin PWM connector.

Sadly, Deepcool hasn't revealed the pricing or availability at this point.