Deep Down Hasn’t Been Completely Given Up on by CAPCOM, Says Ono 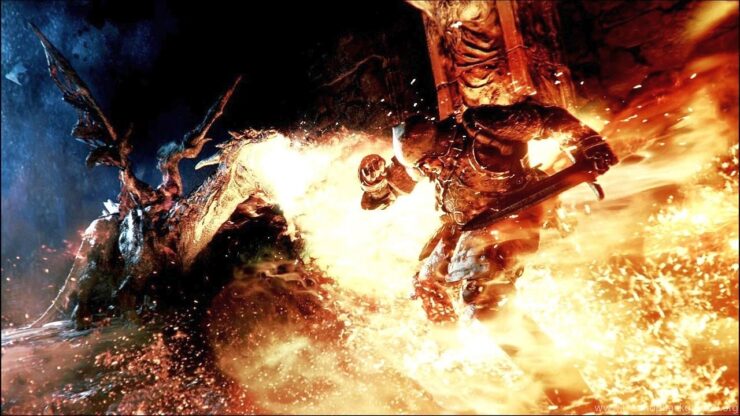 Remember Deep Down, the PlayStation 4 exclusive action game showcased by CAPCOM at the very beginning of this console generation? It stunned everyone with the amazing graphics powered by the so-called Panta Rhei game engine.

The game itself was meant to be a single player and cooperative dungeon crawler where the player character, a member of an organization called 'Ravens', would be able to time travel from the present day (2094, in-game) to the past, where they'd fight foes (including the fire breathing dragon showcased in the featured image above) in procedurally generated dungeons.

Sadly, neither Deep Down nor the Panta Rhei engine really went anywhere and CAPCOM moved to other game projects and other engines as well (the latest titles use the MT Framework or the RE Engine). However, that does not mean there is no hope left for Deep Down.

In an interview published today on Eurogamer, CAPCOM's Yoshinori Ono (who was going to produce the title alongside Kazunori Sugiura) said:

I haven't been called Mr. Deep Down quite yet. The original team is clearly no longer together at this point, but people might have noticed that we've kept the trademark registered, and it's not been completely given up on. Every year we examine titles we're doing in the future, and we bring up projects to approve and move forward. There's not much I can say about it, but if you've noticed we've kept the trademark it means we haven't given up on the title completely.

We did have the concept developed a bit further than that [the TGS demo], but yeah...

It's not happening any time soon, then, but it is also not out of the question. Perhaps its concept was simply too ambitious for the current generation of hardware and could be revisited when the PlayStation 5 and the next Xbox come out. On the other hand, the game appeared to be fairly similar to Dragon's Dogma and creator Hideaki Itsuno already said he'd like to do a sequel after completing Devil May Cry 5.

Would you like to see Deep Down release at some point? Let us know in the comments.