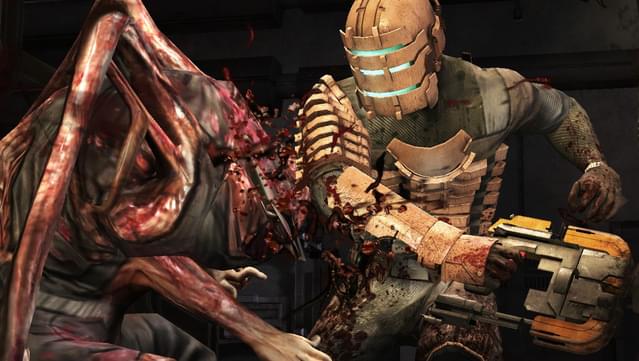 A video has been released, showing a Dead Space PSX Demake with a fixed camera position.

Yesterday we already covered the announcement of a Resident Evil Code Veronica PSX Demake, and today we wanted to share another demake for the original PlayStation. Created by YouTube channel “Rustic Games BR” using Unity engine, this new video shows the original Dead Space as a PSX title complete with a fixed camera and Grim Fandango-style (and of course 1996’s Resident Evil) tank controls. The result is pretty spectacular, especially for fans of the Dead Space franchise.

Unfortunately, it doesn’t seem that this Dead Space PSX Demake will make its way to the public, and as such, this video has us thirsting for more. Check out the video and judge for yourself:

Set in the cold blackness of deep space, the atmosphere is soaked with a feeling of tension, dread and sheer terror. In Dead Space, players step into the role of engineer Isaac Clarke – an ordinary man on a seemingly routine mission to fix the communications systems aboard a deep space mining ship. It is not long before Isaac awakes to a living nightmare when he learns that the ship’s crew has been ravaged by a vicious alien infestation. He must fight through the dead silence and darkness of deep space to stay alive.

“This team has worked on some tremendous properties but we have always wanted to work on something that was darker and creepier”, said Executive Producer Glen Schofield upon the game’s announcement. “We are all such huge fans of the horror and sci-fi genres; we wanted to create the most terrifying game we could, and keep the player on the edge of his seat the entire time.”