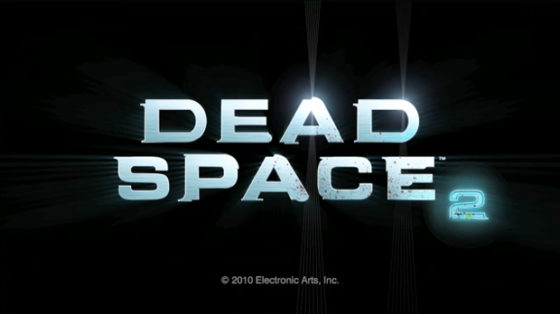 So Joystiq was privileged enough to get a preview of Dead Space 2's Multiplayer, but so far the game play is a lot like Valve's Left 4 Dead with a difference, its in space and your objectives differ, Dead Space 2 Multiplayer puts you in a lobby with 4 engineers whose objective is to help assemble a bomb within a time limit, there are 4 pieces of the bomb scattered through out the map and you have to bring all the pieces together to make the bomb complete after the bomb is complete you and the other engineers are free to escape but here is the twist, It's the objective of 4 other players who are the necromorphs to stop you from collecting all the bomb pieces (Sounds a LOT like Left 4 Dead 2's Scavenger game mode which has a VERY similar objective in which you have to collect gas cans to fill up your escape vehicle)

Below is what to expect when you play as a Necromorph, As the engineers you can obviously have access to a wide variety of weapons, stasis and maybe kinesis to help you counter the Necromorphs. 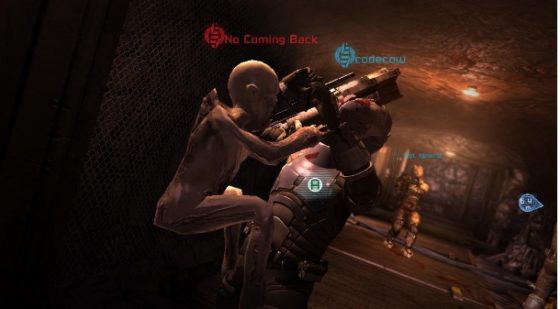 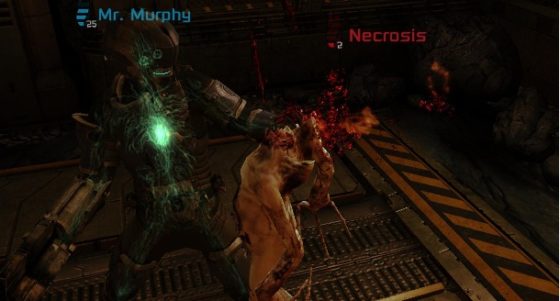 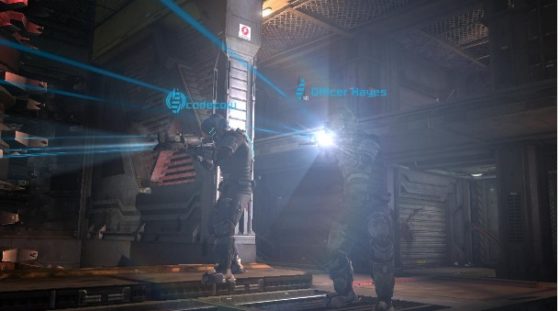 I played as a Necromorph. There's plenty more variety on this side, with three of the four classes available in the preview build: the Pack, Spitter and Lurker. The Pack is the general purpose unit (those creepy-looking kid Necros), able to run around pretty quickly and pounce on its victims, stunning them so that another Necromorph can come in and initiate pairing damage. That's the co-operative aspect of the Necromorph team -- one unit distracts or engages, while the others come in from the blind spot and deal heavy damage. When isolated, an individual Necromorph can't do much, not even to an isolated human player.

Then there's the Spitter, the taller Necromorph-type with large pincers jutting out of its back. It's able to run at humans and lock them up with its pincers, opening up the poor schmucks to pairing damage.

Visceral needs to think about how its multuiplayer can stand up to the competition.

There's also, of course, the spitting ability, which players can charge up to deal quite a bit of damage. One fully-charged shot will drop a human's health near the point of death.

I had the most fun with the Lurker. It's the small, pod-like creature that exposes three large tendrils, which fire projectiles. It does the least amount of damage, but is able to run along walls and ceilings. Because of this, I was able to find some pretty great hiding spots from which to attack the humans. Believe me, when those engineers are running around, worrying about the Necromorphs in front of them and behind them, you can dole out a lot of damage, unchecked -- they're almost always pre-occupied. Given how nimble and small the Lurker is, it's tough to locate and able to get out of danger when spotted.

So far though the concept isn't an original I would still like to try out the game when I get my hands on it, but I hope this just doesn't become another disaster like Aliens Vs Predator (2010).